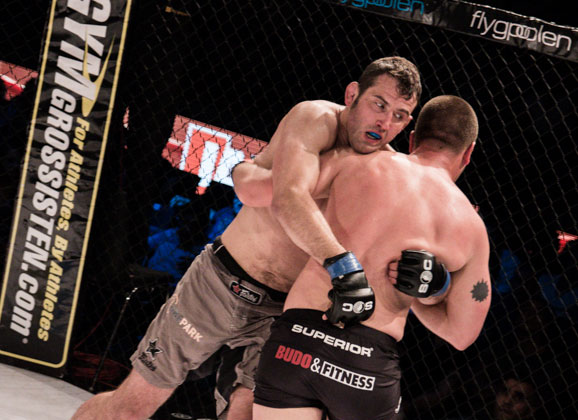 “I couldn’t be happier” says the new Superior Challenge light heavyweight champion Joachim Christensen. The Dane took a decision from Matti Mäkelä at Sweden’s Helsingborg Arena Saturday night.  “It wasn’t beutiful, it was a strategic fight… a tough fight” says the new champ to MMAViking.com shortly after the win.  The excited fighter also expresses his thanks to the many fans from Copenhagen that came to see the bout, and to his heroes Ilir Latifi, Alexander Gustafsson, and Mats Nilsson.  “I want to reach your level” says Christensen as he looks forward to developing his MMA career.