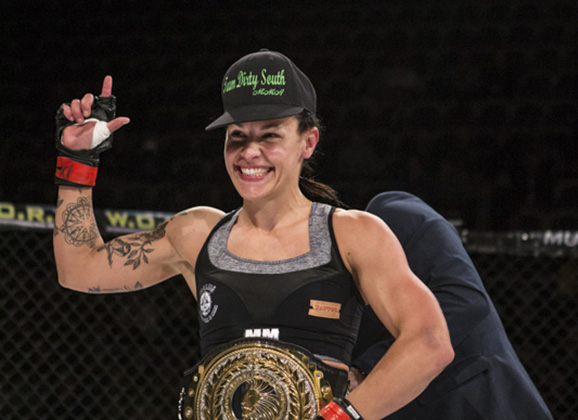 It was the Malmö’s couple’s time to shine, as both Martin Akhtar and Lina Akhtar Länsberg were victorious with stoppages.  Martin with his first submission and the Elbow Princess with here usual punishment with her favorite.

“I love my elbows, they are perfect in that position” says the Muay Thai fighter that was the first MMA fighter in Sweden to use her elbows as a participant in the first ever approved woman’s bout for international MMA rules.

“I can’t drink alcohol before his fights” jokes Lina about her options to stay calm before her husband Martin steps into the cage shortly after her bout.

“She set the standard, and I have to follow” says Martin that follow-up up her wife with an impressive win himself.  “Next fight will be a war” says Akhtar, who wants to put up a stand-up battle for his fans in his return.