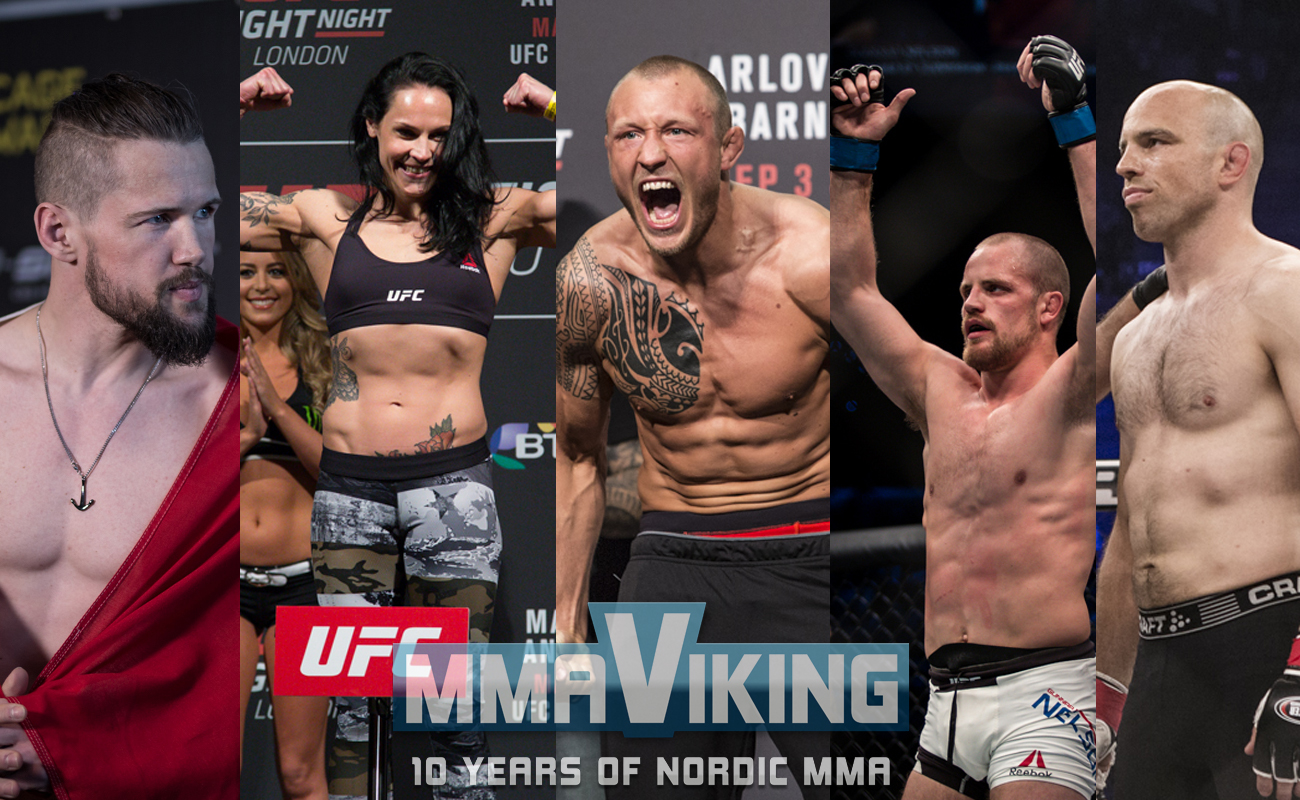 UFC Fight Night: Hermansson vs. Cannonier takes place this Saturday at Royal Arena in Copenhagen, Denmark. It is the first trip for the Octagon to Denmark, after six trips to neighboring Sweden. The event is headlined by a middleweight contender Swede Jack Hermansson and American Jared Cannonier and there are 5 Nordic fighters featured on the card.

Hermansson (20-4) fighting out of Oslo, Norway by way of Uddevalla, Sweden is ranked #5 contender and will meet the #9 Cannonier (12-4) fighting out of Anchorage, Alaska. The American is undefeated at middleweight and holds wins over Anderson Silva, David Branch and Ion Cutelaba. The “Joker” is riding a four-fight win streak with notable wins over Jacare Souza, David Branch and Thales Leites.

Gunnar Nelson (17-4-1) was supposed to face former title challenger Thiago Alves (23-14), but the Brazilian has withdrawn due to injury. Now “Gunni” will face Gilbert Burns (16-3). Burns fights out of Boca Raton, Florida, by way of Rio de Janeiro, Brazil.

Nicolas Dalby (14-2-1, fighting out of Copenhagen, Denmark) returns against Alex Oliveira (17-9-1 2NC, fighting out of Rio de Janeiro, Brazil) in a thrilling welterweight bout. A return to the Octagon for the “Sharpshooter” in his hometown.

2016 Olympic silver medalist wrestler Mark O. Madsen (8-0, fighting out of Nykobing Falster, Denmark) makes his highly anticipated UFC debut against Danilo Belluardo (12-4, fighting out of Lombardy, Italy). The “Olympian” has been making waves in MMA since turning pro in 2013, a huge draw at all his fights including the most recent spectacle over boxer Patrick Nielsen at Olympian Fight Night. It will be Mark’s debut at lightweight, dropping from welterweight.

Lina Länsberg will take The Ultimate Fighter 28 featherweight champion Macy Chiasson. The Elbow Princess is coming off an impressive performance by nearly stopping former Invicta FC champion Tonya Evinger (19-8) at UFC Sweden 6 in June. No. 11 bantamweight Chiasson (6-0, fighting out of Dallas, Texas, USA by way of New Orleans, Louisiana, USA) hopes to remain undefeated against No. 12 Lansberg (9-4, fighting out of Malmo, Sweden).

MMA Viking will be covering the action cageside, so return for photos and live reports.