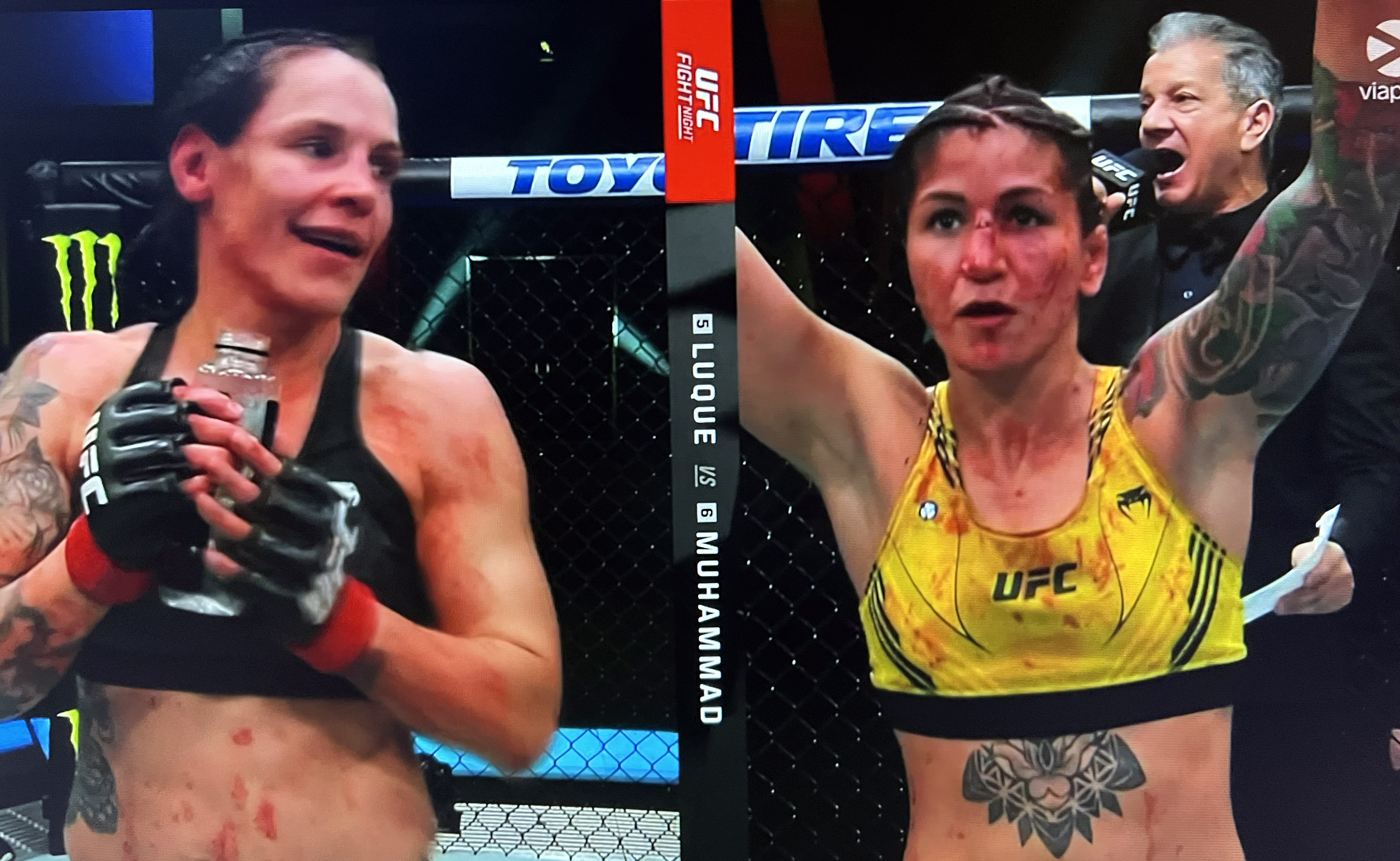 Pannie Kianzad (17-6) outpointed Lina Lansberg (10-6) in the battle of top 15-ranked bantamweights.  Banzai won the Swede versus Swede battle by unanimous decision of the UFC Fight Night bout in Las Vegas.  Read the play-by-play below. 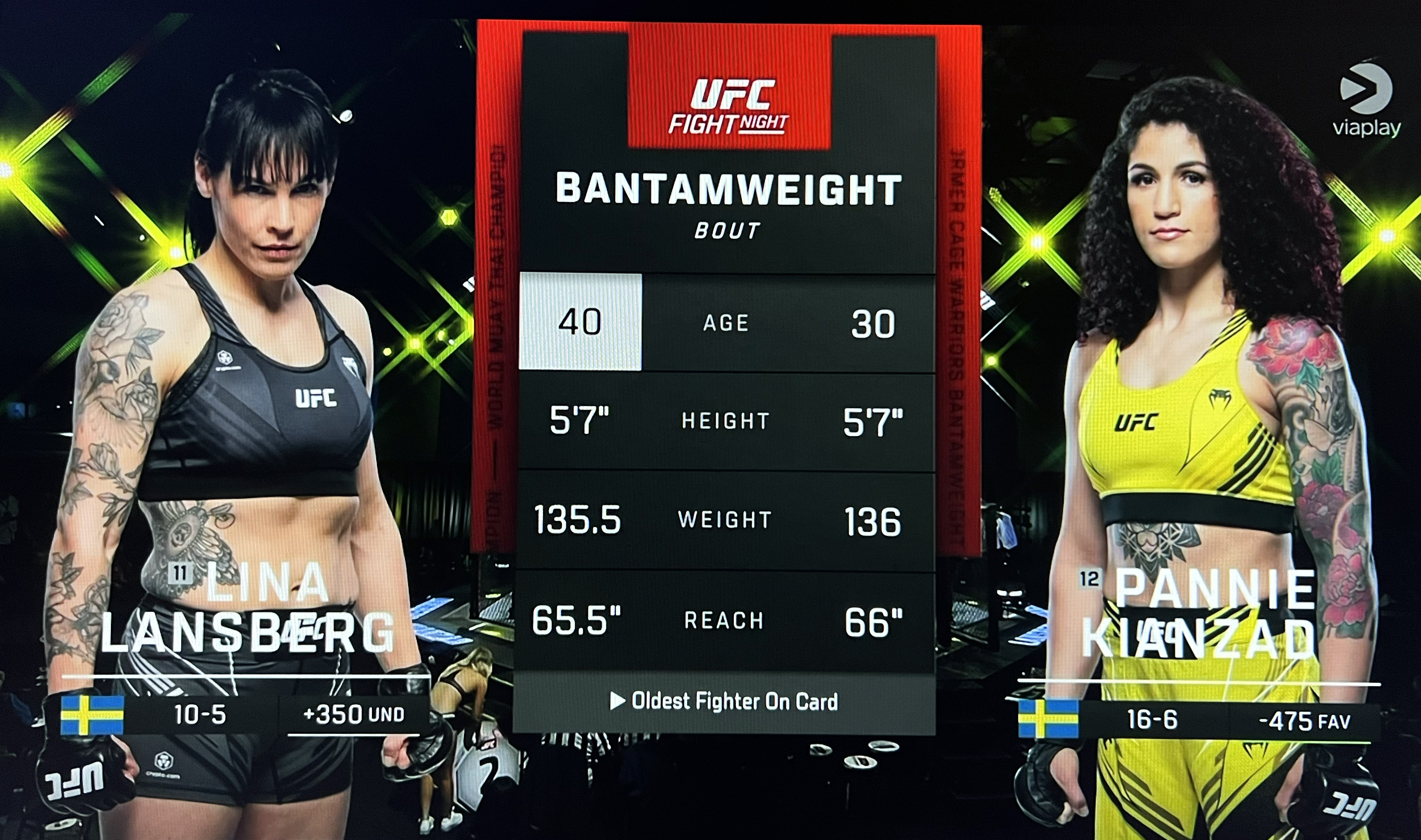 The two clinch to start.  Lansberg defends, and the two are separated.  The Redline fighter with a body lock and now Pannie is defending a take-down.  Pannie wants to fight at distance, but Lina lands a good shot and pushes the fellow Swede against the cage.  Pannie spins around and takes back on the standing opponent.  With one leg in, Kianzad threatens with a rear-naked choke as the fight goes to the ground.  Less than a minute left and Kianzad peppers in some punches with that left leg in.  A strong finish that will get Kianzad each round. 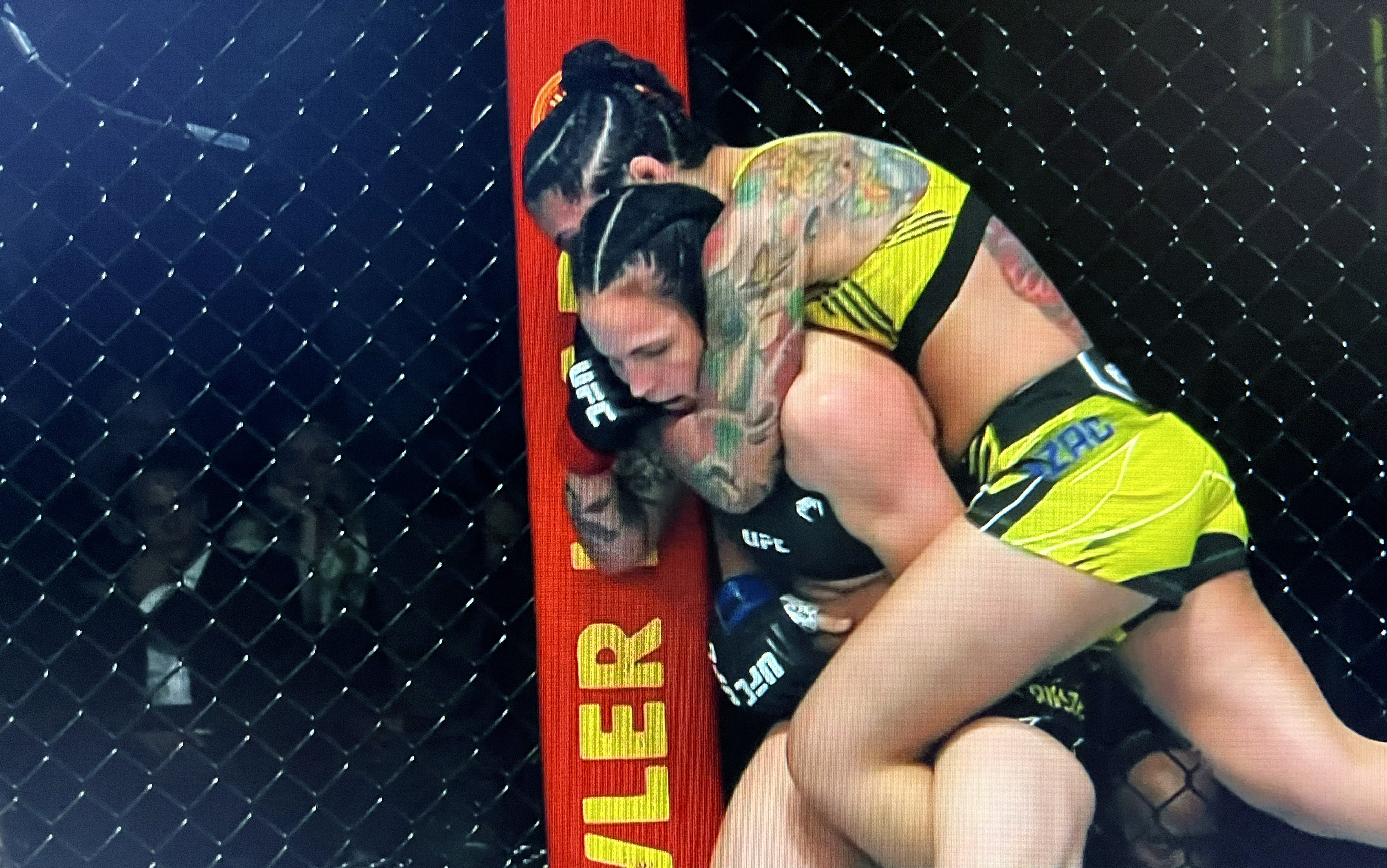 Lansberg comes out swinging and forces the tie-up.  Lina is bleeding from her left eye as Kianzad lands some punches in the clinch.  Lina forces the clinch again and Kianzad’s back is against the cage.  The referee calls a timeout to look at the cut, then quickly continues the action.  Nice combination from Kianzad, the Lansberg comes rushing in.  A few nice uppercuts from Pannie and she quickly gets behind Lansberge but then decides to keep distance.  Lansberg pressing forward.  The two in the clinch and Lansberg lands an elbow, and another and Pannie is rocked as she briefly hits the floor.  Out of nowhhere Lansberg is in this fight, and might have stolen what going to be a Kianzad round.

We have a crucial third round.  Both fighters are bloodied.  Keeping the distance and Pannie starting to land from the outside, but Lina lands a good right hand… then another to the body.  Combo from Kianzad, and the third is half way over.  Kianzad quicker and building up points with consistent volume.  Lina trying to land kicks, but Pannie countering with speed.  One minute left.  Kianzad keeps landing punches to the face, and Lina is bloodied as she takes more shots.  Clear round for Kianzad, which should give her the unanimous decision.  And it is 29-28 on all three score cards for Pannie Kianzad.