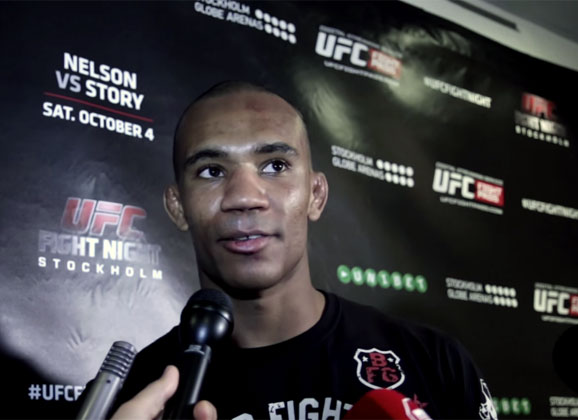 Stockholm based Nico Musoke showed that he is still a force in the welterweight division, improving his record to an impressive 3 wins and 1 loss in the Octagon. “I could have pushed even harder” says Musoke who showed complete control in his 30-27, 30-27, 30-27 decision victory over Alexander Yakovlev Saturday night in Globe Arenas. The Rinkeby Muay Thai fighter also talks about texting training partner Diego Gonzalez the day of the fight for some last minute support.

MMAViking.com also talks to Musoke’s cornermen Max Philipsson and Sasha Martinovic about the win. “He dominated all aspects of the game, including the clinch.” says long time couch Philipsson. “I think he threw good kicks” says Martinovic about impressive win at home. See the full interview below.

Video Interview with Martinovic and Philipsson