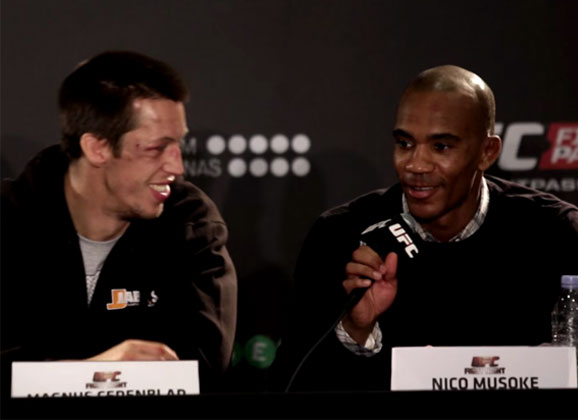 There were two Swedes that won at Fight Night Stockholm Saturday night and they were both at the post-fight press conference. Nico Musoke and Magnus Cedenblad both won decisions in front of their home fans.

“The mental game, I learn every fight and am getting better” says Cedenblad. “Continuing going and winning, and going forward” says the middleweight about his perseverance in the fight to comeback from a frontkick that broke his mouthpiece.

“I could hear them cheer as the fight progressed” says Musoke about the support from the local crowd. “It was a dream come true”. See full highlights below.