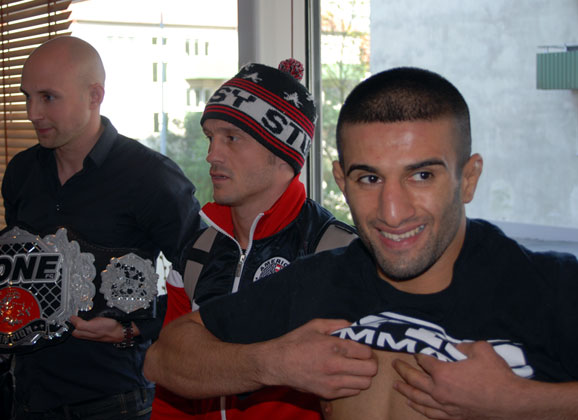 Sirwan Kakai will face undefeated Joe Barajas at Titan FC 31 on October 31st. The former Gothenburg resident, that now trains full time at American Top Team in Florida, will fight in his adopted state for the high profile fight going down at USF Sun Dome in Tampa, Florida. MMAJunkie.com first announced the card, which will have its main card aired on CBS Sports Network.

“He looks like a big strong wrestler, and thats pretty much it, he maybe improved but I know what I bring to the table and think I am head of him in every aspect in the game” says Kakai to MMAViking.com about Barajas (10-0).

Kakai has fought to get into the The Ultimate Fighter house and prior was on the brink to get into the UFC. The GBG MMA fighter has a 10 win and 2 loss record, and last won in former backyard of Gothenburg over Carl Fawcett at The Zone FC 13 in April.

I don’t see it as a striking vs wrestler because I am all round and I believe I have better MMA wrestling then him, but I will not look past him, I see I’m as a dangerous fighter and I will bring my A game!

Kakai’s name come up recently as a potential fighter on the UFC in Sweden card, but will have to get more wins to get the call. “Every fight it is important, I will just go in and work, and put on a good fight and a great finish!” says the bantamweight.

The Titan FC 31 card is headlined by a matchup of UFC veterans Mike Ricci and Yoshiyuki Yoshida.