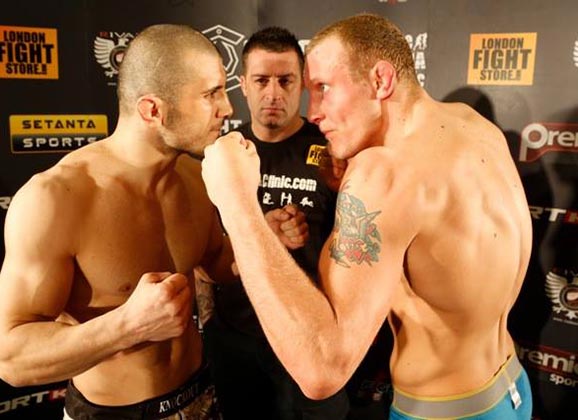 Jack Hermansson didn’t use any wrestling in this slugfest where the Swede used striking to beat the always tough Ion Pascu Friday at CWFC Fight Night 11 in Amman, Jordan.

“The Joker” was stunned twice by the Romanian with big left hands. The Frontline Academy fighter showed he has a chin of granite in both the first and second round where crushing punches from the southpaw landed.

The story of the bout however, was Hermansson using the best striking performance of his career to take another Cage Warriors victory. He just had an exciting fight at Cage Warriors 66 less than a month ago, where he was victorious with a third round stoppage.

Again, it was the stamina of perseverance of Hermansson that enabled him to take over round three. He used a variety of combinations to the head, stopping all offence from Pascu and wearing down the Romanian as the fight moved to the later rounds. The end of the fight saw Hermansson on top, landing huge punches and big right elbows to end the fight, and secure the victory.

29-28 was the unanimous decision score for the Swede, and he celebrated with Cage Warriors fighter and cornerman Mohsen Bahari.