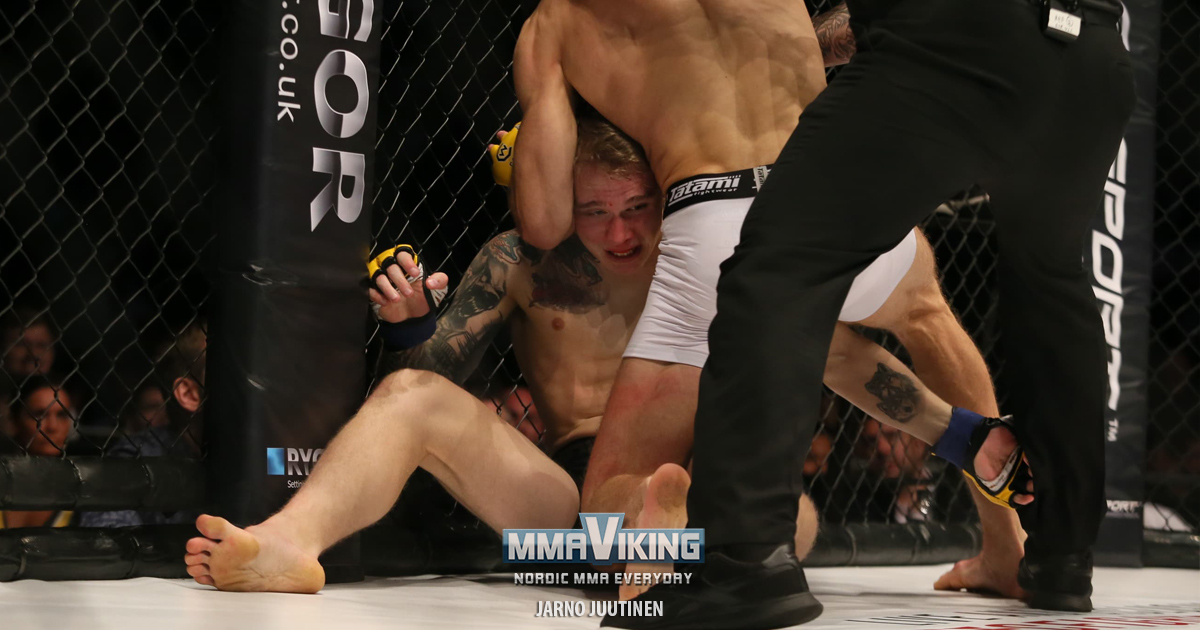 Finland’s Aleksi Mantykivi(11-5) took on Jack Grant(15-4) at Cage Warriors 96 at Liverpool in what was an incredible fight. Mantykivi was making his Cage Warriors debut tonight. This bout was his first of 2018, last time out he picked up a win over Bashir Gagiev(4-3) at M-1 Challenge 86. Jack Grant is a long serving UK vet who’s fought some of the best around.

Mantykivi rocked his opponent early but was unable to secure a win as Grant fought back and got the finish in the first. 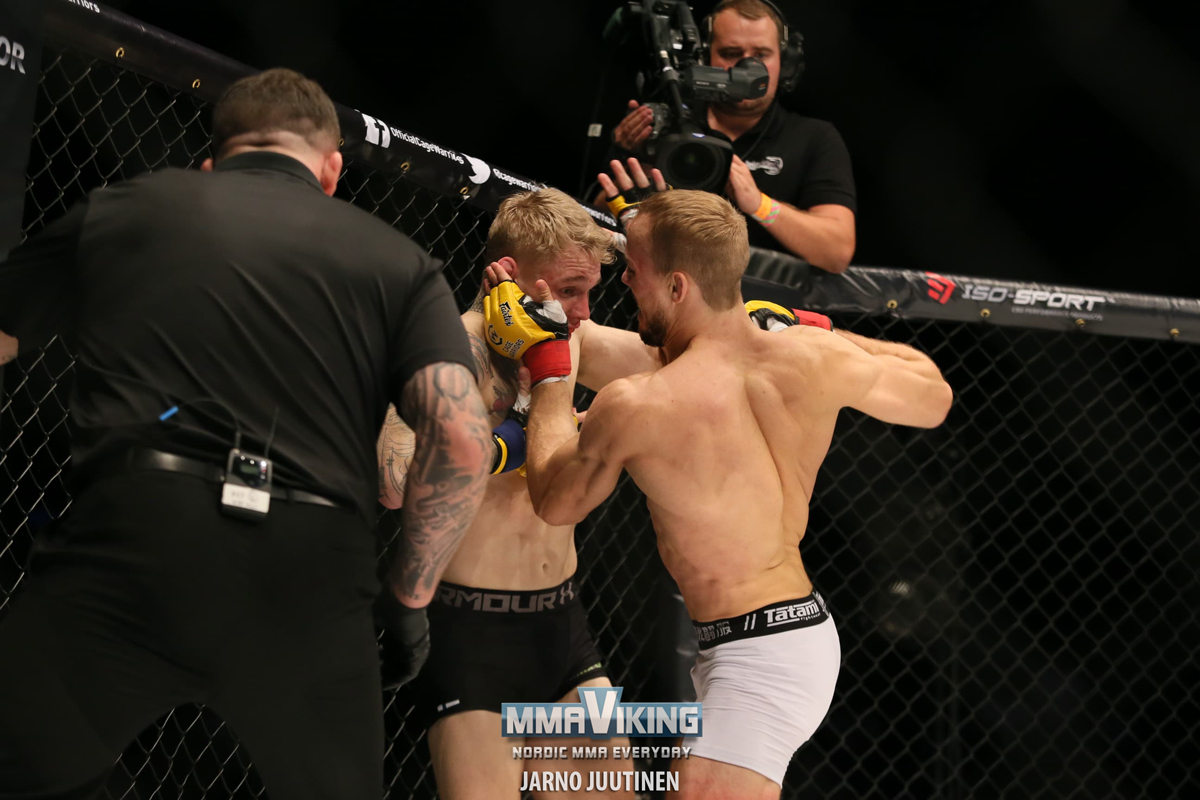 Round 1
Mantykivi came out on the front foot looking to strike with his opponent. Not long after the feeling out process Mantykivi rocked Grant and it looked like it could have been over then. 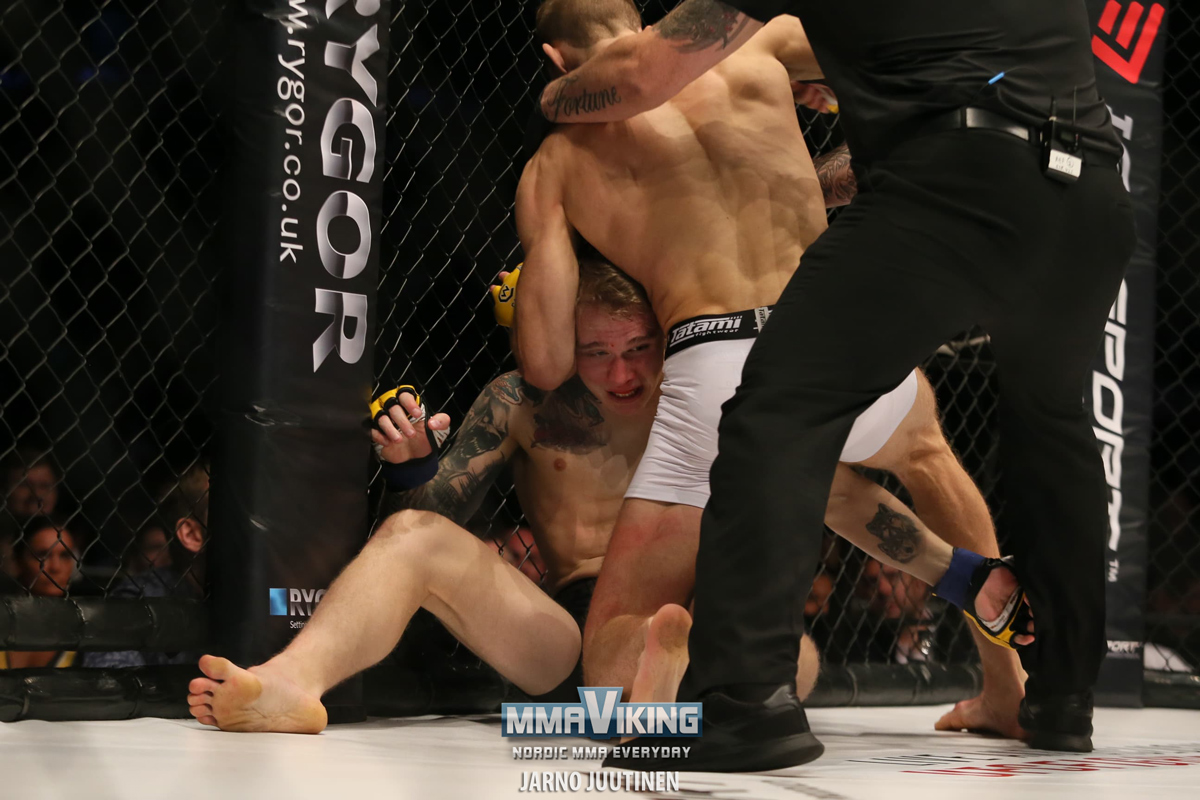 Both men remained on the feet and continued to trade. Grant then landed a big kick and followed it up with some huge elbows as Mantykivi was backed up against the cage. After some huge shots Marc Goddard put a stop to the fight.