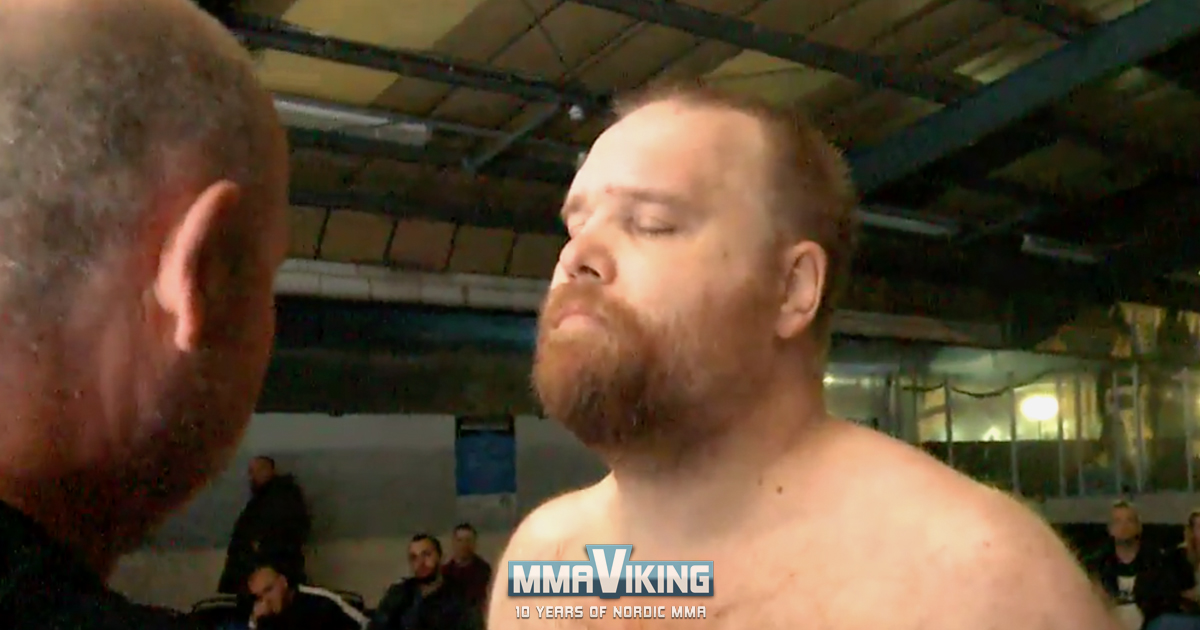 Frontline Academy’s Andreas Lagaard (0-2) was looking good in his second pro MMA fight, but his momentum was stopped when the left thumb of Aboubacar Bathily (2-3) went into the eye of the Norwegian at Sparta Fight Series 2.

Seconds after the break in action for the doctor to look at the left eye of the Norwegian, the fight started again and Bathily almost immediately landed a combination that dropped Andreas for a TKO at 2:59 in the first round.

“He has 4 fights, all to decision so a tough opponent” comments Lagaard to MMA Viking about the bout prior to heading to Eastbourne, East Sussex.   However Andreas had a solid effort mixing up punches and landing good knees in the clinch.

Bathily out of France has now won three fights in a row.