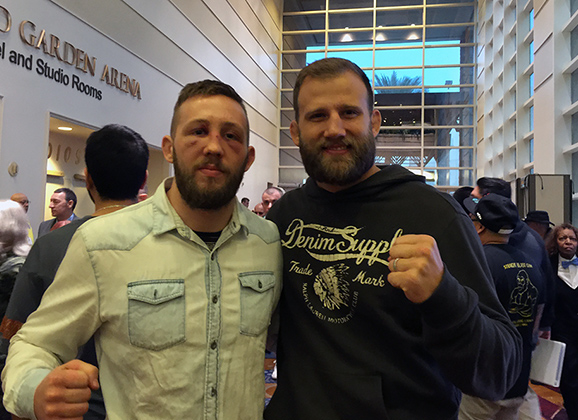 “First of all I like to thank everyone that showed support after the fight last night, family, friends and fans. It means the world to me.” posts Andreas Ståhl on social media after his loss to Santiago Ponzinibbio Thursday night at Fight Night Las Vegas. It was the Swede that could never get going in the first round, and ultimately was stopped by the Brazilian.

While the Umeå fighter broke his jaw in his first UFC outing, he left this bout with little physical damage. My thoughts after the fight is that Im really disappointed. I know my potential and know what I’m capable of and yesterday I wasn’t able to show the world that.”

The Renyi fighter with a 9 win and 2 loss record is not calling it quits. “This fight brought me a few steps back, and the road to the top is a bit longer. But I know for sure that I will come back stronger from this and I will find my way to the top, one way or another. Thanks for the support!”