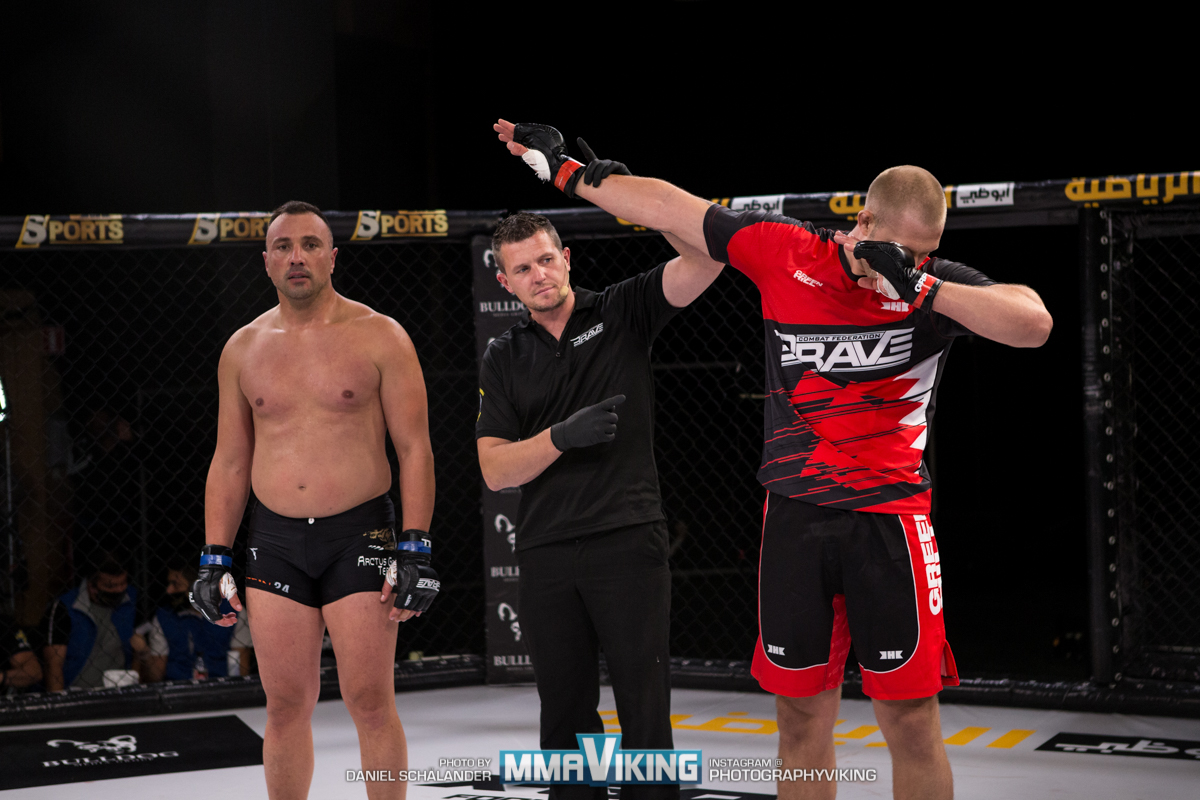 BRAVE Combat Federation originally planned their first visit to the Nordics with two events on August 1 and 8. They then added a third event on August 15, and now plan to put on their fourth even in as many weeks next Monday on BRAVE CF 40. Read the press release below.

BRAVE Combat Federation’s first three Sweden shows witnessed amazing bouts, new stars, big rivalries, and much more in the last three weeks. To keep the momentum going and enjoying the relationship with Bulldog Fight Night, the fastest-growing MMA organization in the world has extended its stay in Stockholm for one more week and will host BRAVE CF 40 next Monday, August 24th.

The show is set to be headlined by two of the best young Featherweights in the world as Mochamed Machaev looks to go 3-0 at BRAVE CF against Shoaib Yousaf in another clash between exciting European talents. A win at the BRAVE CF 40 main event could position the winner nicely for a title shot. In the co-main event, Anton Turkalj takes on newcomer Ibo “The Last Ottoman” Aslan, in a Catchweight of 98kg.

In the last three weeks, BRAVE CF has been empowering the European MMA scene with stellar fight cards, promoting the best young talent in the continent, and providing them with their much-deserved global platform to showcase their talents.

Some of the athletes that have enjoyed the recognition from the “European Invasion” include the likes of Muhammad Mokaev, Glenn McVeigh, Bianca Antman, Louis Glismann, Benoit St. Denis, Elin Oberg, and most recently Andreas Gustafsson, Giannis Bachar, Sahil Siraj, and Tobias Harila.

The Swedish MMA scene is also booming with the presence of BRAVE CF as the top young fighters from the country are having a chance to shine in the brightest stage in MMA. Antman, Oberg, Gustafsson, Siraj, and Harila have taken their chances, beaten their opponents in spectacular fashion, and proved the deep pool of talent in Sweden.

Fans from around the world can expect more European talent to shine through at BRAVE CF 40 on August 24th. Further bouts will be announced in the coming days.