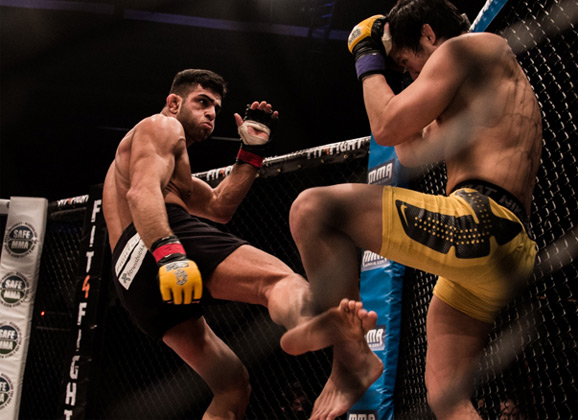 Shamal Tashkilot (3-3) will face Emil Hartsner (5-2) will be the co-main event for Trophy MMA’s “Påsksmällen” on April 4th. “I been waiting to step into the cage again, and now I have the opportunity to do it in my home town in front of my family and friends, I couldn’t be happier.” said the Swede to MMAViking.com upon his booking.  The promotion has just announced Tashkilot as the other half of the co-headliner.

Tashkilot trains out of Denmark’s Aalborg Martial Arts.  The bantamweight was last in action in March, where he outpointed Binh Son Le at Cage Warriors 66.  He is a veteran of European MMA, which he had three of his six fights.

This will be Megahertz second bout at Trophy.  The 25 year old’s previous fight ended with a loss by TKO (Head kick) at the hands of Kamil Selwa from Poland.

The other co-main is between Malmö Muay Thai’s Mohammed Abdallah (5-1-0) and Niclas Danielsson (4-1-0) from Swedish Top Team.