Norwegian Emil Meek (9-2) has been announced as a guest fighter, alongside #7 ranked lightweight Kevin Lee at Sunday’s UFC Fight Night 113 in Glasgow, Scotland. While he won’t be fighting, Meek will be taking part in a Q&A during the ceremonial weigh ins alongside Lee and Dan Hardy, as well as an autograph signing. 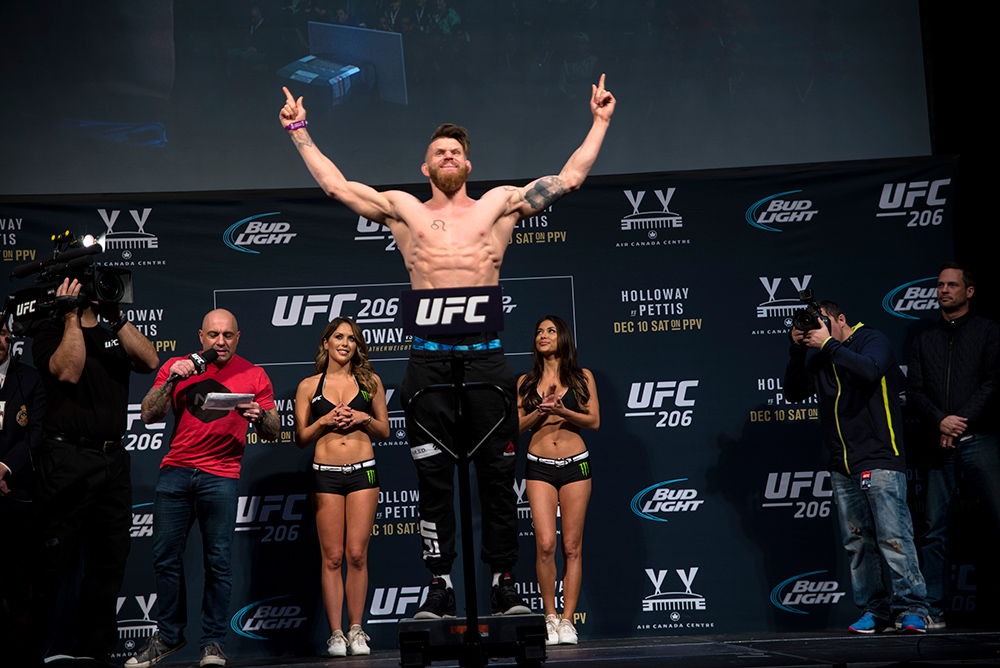 The Frontline Academy fighter, better known as ‘Valhalla’ was victorious in his UFC debut at UFC 206 in September, defeating Jordan Mein in Toronto, Canada by unanimous decision.

The twenty-eight year old welterweight was due to fight Nordine Taleb at UFC Fight Night 109 in Stockholm, Sweden on 28th May, but was forced to withdraw with an injury. He tried to step up to fight Robbie Lawler once Donald Cerrone pulled out due to injury on the UFC 213 card. The welterweight should get scheduled for a fight later in the year.