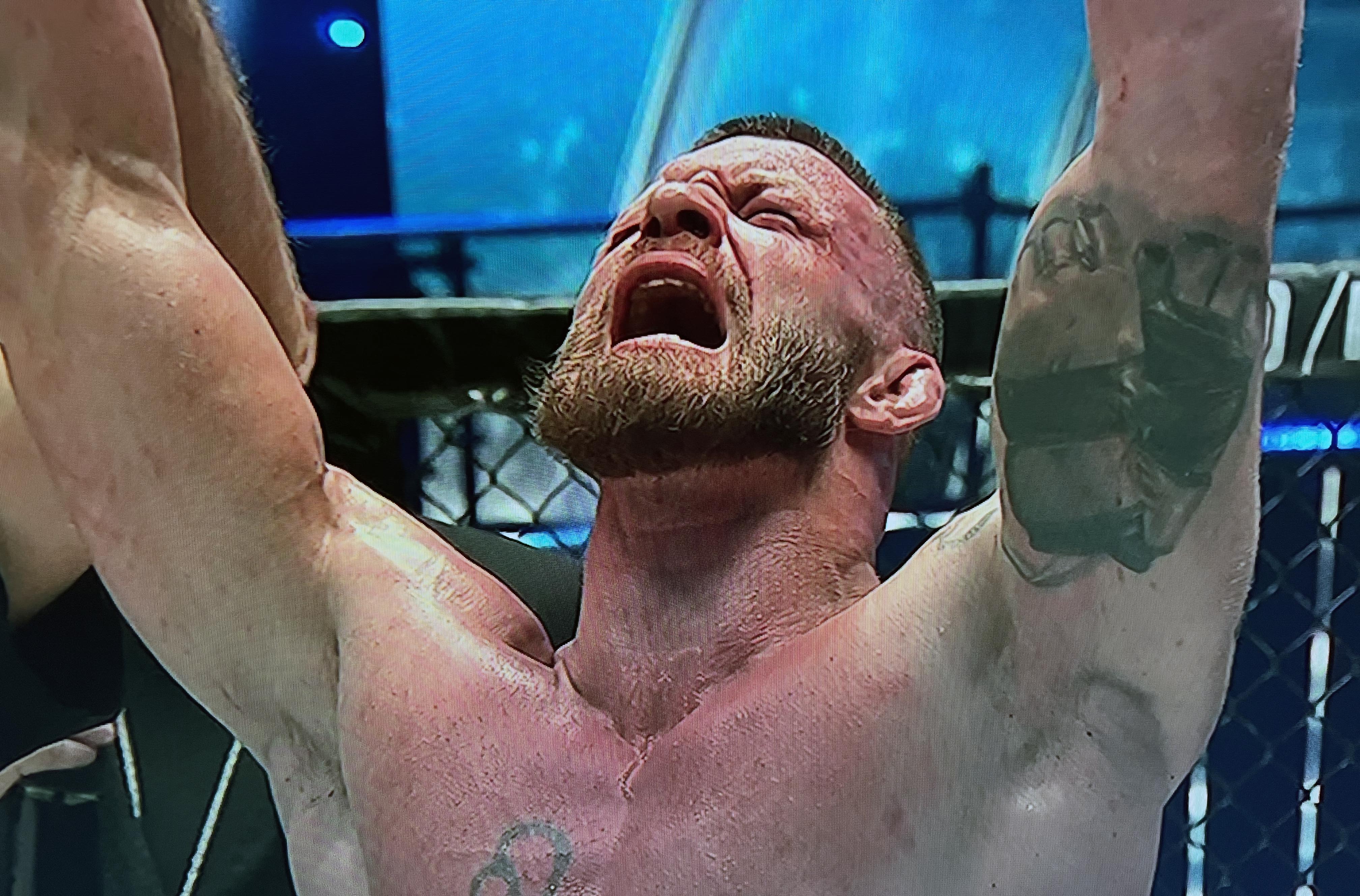 The fight however was a tough one. Koziorzębski was the more effective fighter early, landing both powerful leg and body kicks.

Meek’s offense in the first round came from a well-timed double leg take-down, where he was able to slow the attack on the feet.

The Norwegian was tiring in the second and taking some shots, but rallied and just all-out blitzed Kacper landing solid punch after solid punch. When the Polish fighter came at the Hulk, he landed a beautiful knee to the head that was the beginning of the end for the Polish fighter.

The Frontline fighter got the fight to the ground and immediately started to ground and pound on the bloodied opponent, then landed some massive elbows to stop the fight at the 2 minute mark.

“Vikings never quit. 6 years since my last victory. I’m coming for that belt.” says a really happy Meek in his in-cage, post-fight interview.

Check out another post-fight interview with the elated fighter.