Emil Weber Meek (8-2, 1 NC) looks to be headed to Toronto for UFC 206. MMAFighting.com first published that a bout between the Norwegian and Canadian Jordan Mein (29-10) are in the works for the Toronto event headlined by the Daniel Cormier and Anthony Johnson title fight.

Originally, Valhalla was set for his UFC debut in October on the UFC Hamburg card. However, the Frontline Academy fighter’s paperwork was not in place for the USADA to begin enrollment in the UFC’s Anti-Doping Policy in time.

Meek is on a three fight winning streak, and is coming off a big first round win over Rousimar Palhares at Venator FC 3. 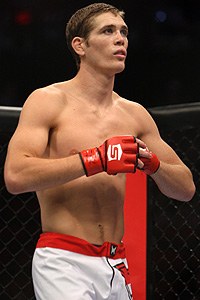 Mein announced his retirement after his loss to Thiago Alves, but will make his return to the cage after nearly two years out of action. The Canadian Martial Arts fighter has a 3 win and 2 loss record in the Octagon, with notable wins over Mike Pyle and Dan Miller.

The bout goes down December 10 at the Air Canada Centre in Toronto.