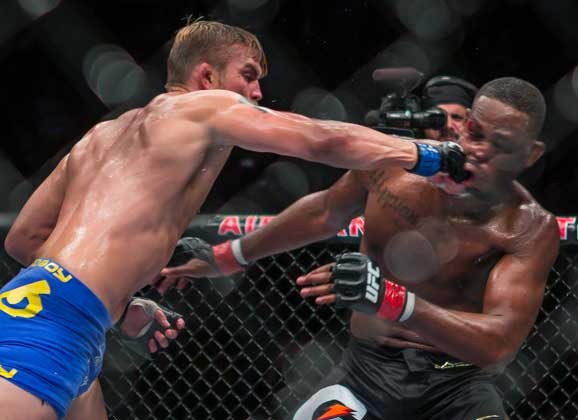 UFC fans voted on the ‘Great UFC Fight Ever’, and it was Jon Jones versus Alexander Gustafsson at UFC 165 that took the prize.  The results of the voting were revealed on UFC’s Fight Pass.  The bout took place on September 21st last year at the Air Canada Centre in Toronto, Canada.  Many saw the Mauler as the winner in the back and forth battle.

In the end it was the American  Jones that retained his UFC light heavyweight title, earning a unanimous decision (48-47, 48-47, 49-46) over the Swede.  The title defense was Bones’ sixth, setting a new record for the UFC light heavyweight division surpassing Tito Ortiz.  The rematch could go down later in 2014 if Jones is able to beat Glover Teixeira at UFC 172 next month.

See exclusive pictures from the event.