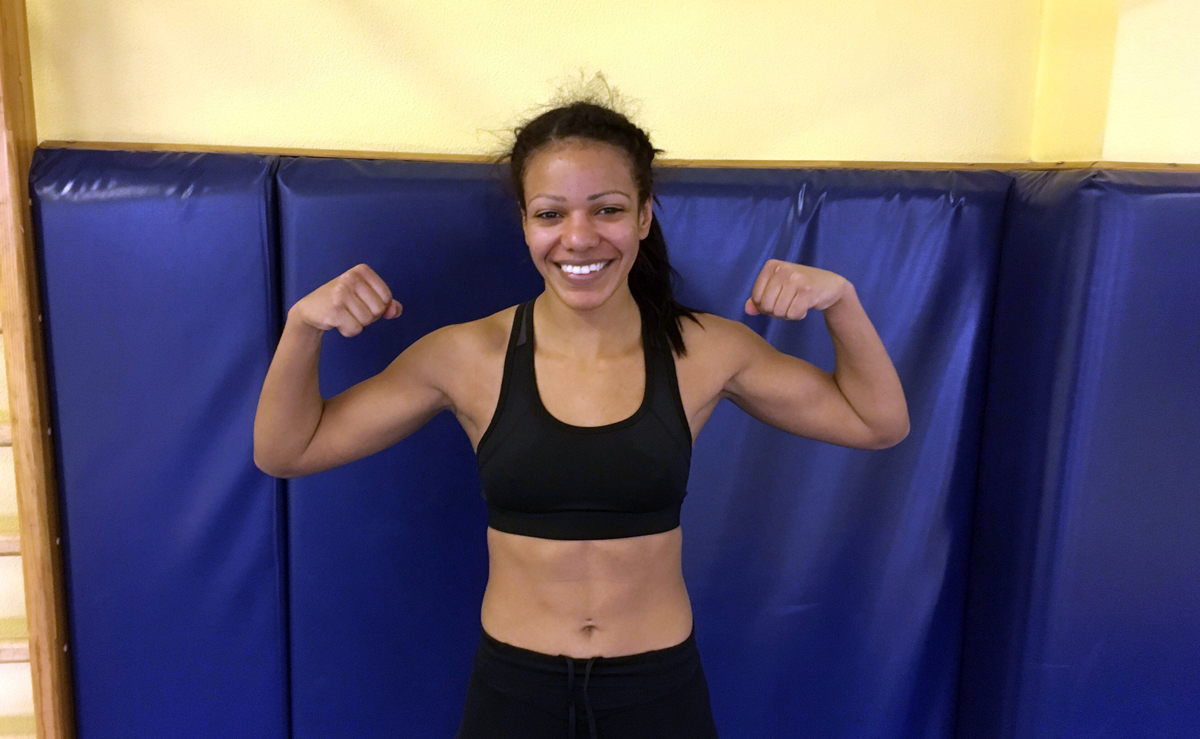 Sweden’s Filippa Ikoona (1-0) had her successful pro debut Saturday night at FREON: JFX Fights 7. The 22 year old out of Pancrase gym stopped Agne Sipoviča (0-1) in the first round by TKO in Latvia.

“She was a kickboxer” says Ikoona that knew very little about her opponent from Lithuania coming into the bout. “I took a kick and swiped her, and started to ground and pound” says the 115 lbs fighter to MMA Viking that eventually won by a ground and pound finish. “It was in the first fight, so both me and her was nervous.”

“Everything went so fast and she was tough.”

“I don’t remember much except that it hurts to get hit with small gloves. It was mostly a standing fight, and we both tried take-downs” says pro debut winner at the 2:24 mark. “I am still in shock.”