Matteus Lahdesmaki (145.6 lbs) was on weight today for his featherweight bout with Germany’s Martin Buschkamp (145.4 lbs).  The two will square off tomorrow at CWFC Fight Night 8 at the Mirbeh Sports Hall in Al Fujairah, United Arab Emirates.  Also on the card is Sweden-based Domingos Mestre (169 lbs) in a welterweight bout against Mauro Chimento (169.8 lbs). See pictures and video of the weigh-ins. 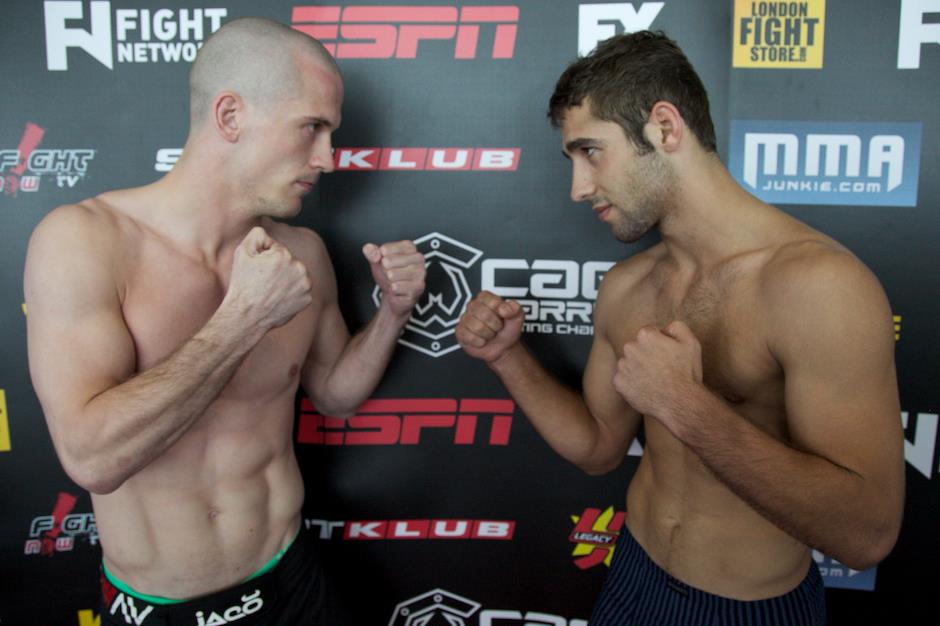 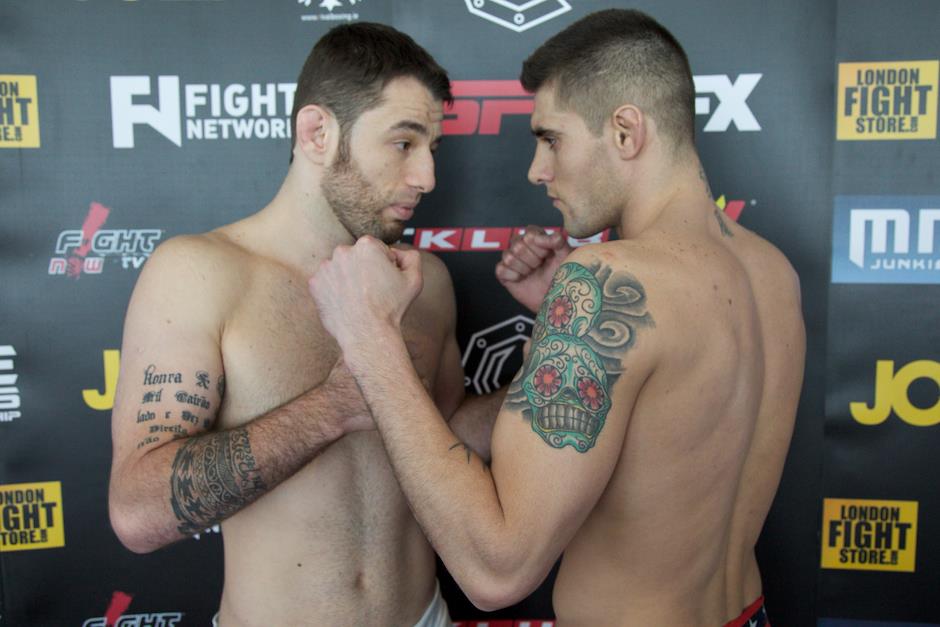