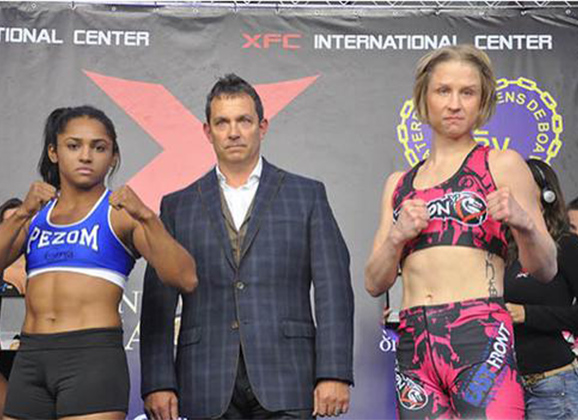 Finland’s Vuokko Katainen (3-3-1) lost tonight in São Paulo at XFCi 10 in the Women’s Strawweight Tournament Finals. It was undefeated Brazilian Viviane Pereira (9-0) that outpointed Katainen 29-28 on all three scorecards, although the decision has controversial.

The Brazilian Pereira has been on a roll in the tournament, eliminating her Season II competitors Fernanda Pinheiro and Liana Pirosin on her path to gold.

Tonight is the night! Brazil vs The World in the #XFCi10 Watch live on @Terra at 9:40pmEST & @RedeTV at 11:30pmEST pic.twitter.com/eeeUSOGPVT

Katainen, a Team East Frong / Gladiator Factory fighter, had been a XFC flyweight fighter, but dropped down and stepped in as a replacement to Maryna Moroz in the semifinals round where she was victorious over then undefeated Hungarian Dora Perjes (7-1) to earn her place in the Tournament Finals.

With the talks about “robbery” in the bout’s decision, we will try and post a video as soon as we can.