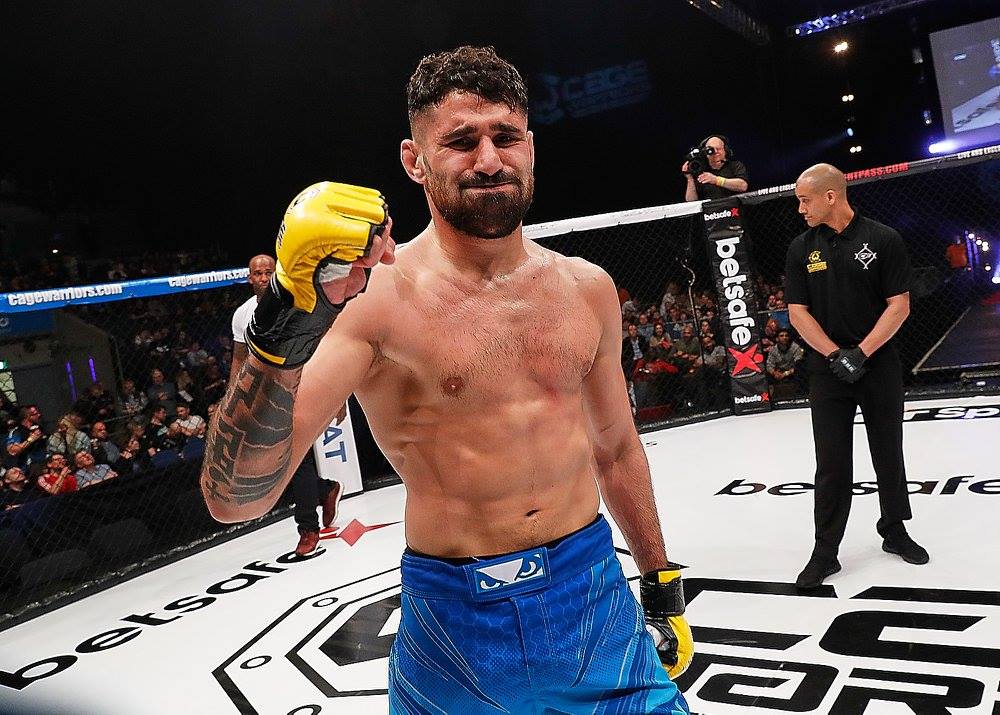 Sweden’s Frantz Slioa (5-0) submitted Dean Trueman (7-4) in dramatic fashion in Liverpool Saturday night at CWFC 82.  The undefeated fighter now wants to get back into the Octagon, where he once competed on the UFC reality show The Ultimate Fighter 22 back in 2015.  “I want to be on that UFC Stockholm card” says Slioa to MMAViking.com following the fight.

With Sirwan Kakai and UFC headliner Jimi Manuwa in the corner of Slioa, the Swede refused to tap when being caught in a tight, tight armbar and triangle early in his comeback fight after nearly 3 years away from action.  “He wasn’t even close to get an armbar” says the Allstars Training Center fighter.  “I’m flexible.”

“After Saturdays win over a high ranked englishman and after The Ultimate fighter, i want to step up on the octagon in my backyard stockholm.”

Frantz is only 25 years old and looked destined to get a shot in the UFC, after beating Martin Delaney and losing to Ryan Hall in his run on the reality show. Now with the win, the Swede is ready for a turnaround in Stockholm on May 28th, when the UFC will return to Globen arena.