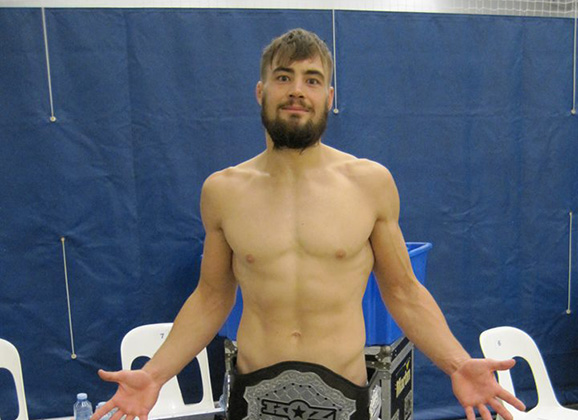 Glenn Sparv was in action tonight in Australia at the K-OZ promotion.  “RNC in r2” says Sparv to MMAViking.com shortly after the bout with Kazuma Maruyama (3-3) from Japan. The fight was for the Welterweight belt, and the Finn stepped up to fight the late replacement after UFC veteran Benny Alloway pulled out of the original matchup.

The “Resurrection” card featured three title fights. It was the AKA Thailand fighters night to shine again, as he wins for the 5th straight time, and pushes his record to 12 wins and 3 losses.

“It was pretty one sided and I was swinging the hammer. Some exchanges on the feet where he was doing some fucking jumping punch shit, straight out of Japan or something. Dragged it to the ground and went for some subs, just to show of my bjj skills and it worked”

“Teddy Bear” has won 7 out of 8 of his last fights, and has notable wins over fellow Finns Johan Vanttinen and Kai Puolakka. The Cage champion let’s us know what comes next. “I´m staying here in Australia for a month and going to help out a friend that is preparing for ufc Melbourne. And meeting with my manager tomorrow, but looks like I´m fighting end of November again.”