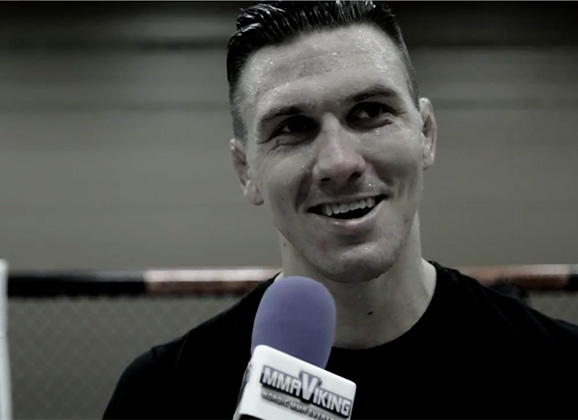 Håkon Foss put on what may very well be the Nordic Fight of the Year against Zebaztian Kadestam at IRFA 9. The fight went three rounds and Foss won by split decision.  “It was an awesome fight. We gave it all in there and we gave the audience what they paid for.” told Doden to MMA Viking in a post-fight interview.

“To all the other Nordic fighters don’t underestimate me. We Vikings are built in a different way,” the Norwegian commented after the war.  Learn more about the epic fight, see some fight footage, and find out what’s next for Foss in his full post-fight interview.