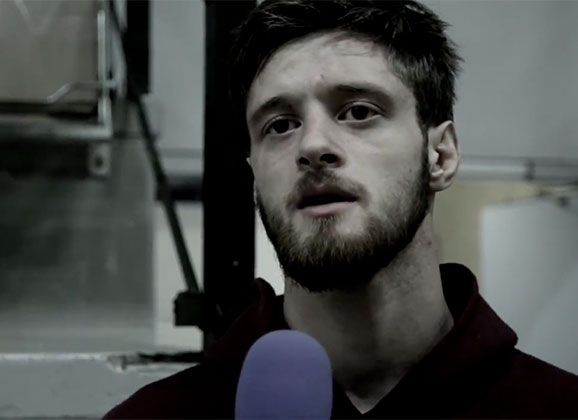 At IRFA 9, Joachim Tollefsen suffered his first professional loss to Guram Kutateladze at IRFA 9 Saturday night. The Frontline MMA fighter lost via unanimous decision, but put up a good fight battling to the end. Although he had no excuses for the loss, Tollefsen admits that he was caught off guard. “I thought he was going to be a little bit more stand-still because he’s got the really traditional Muay Thai”.

Don’t expect the Norwegian fighter to give up any time soon. In a post-fight interview, he told MMA Viking, “Next fight I’m going to be 100 percent better.” To prepare for his next fight, the lightweight has plans to improve his defense. “Now I can really go back and tighten, especially my defense,” Tollefsen said.

Find out what else the Norwegian lightweight had to say in his full post-fight interview.