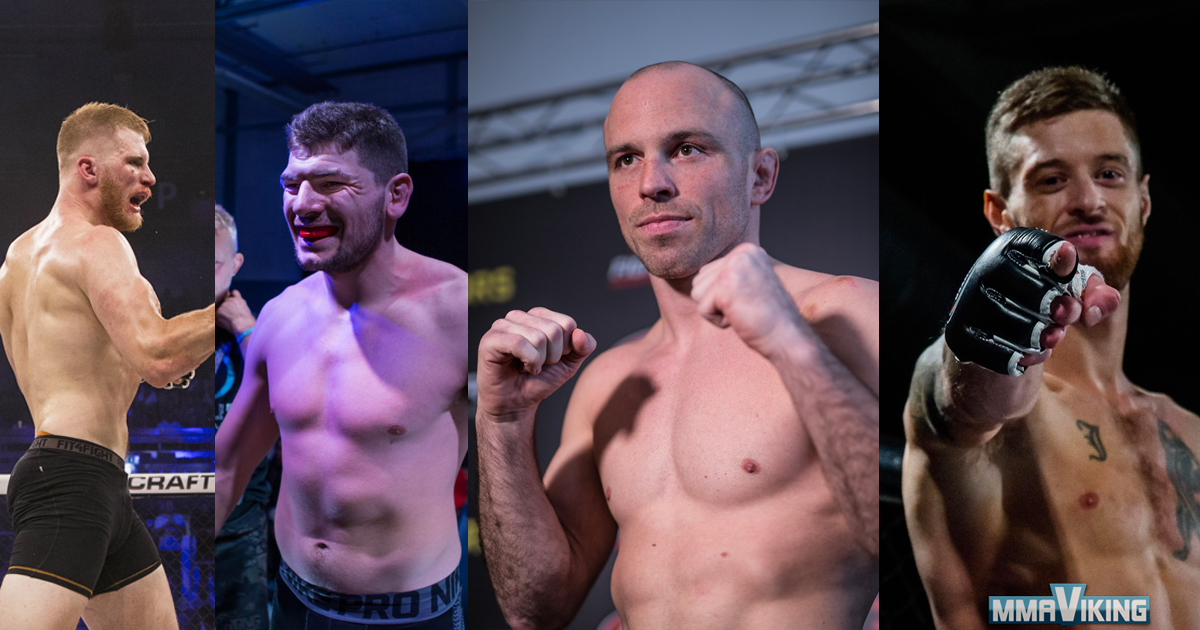 Olympic silver Greco-Roman medalist Mark O. Madsen (7-0) was marching toward a Cage Warriors title shot with a recent featured bout win at Cage Warriors 103 in Denmark, however the fighter and entrepreneur takes a detour to face Danish boxing star Patrick Nielsen (0-0) in his own promotion Olympian Fight Night 1 this Saturday. “This is a great opportunity facing a very good striker. Won’t fight many with striking on this level.” says the four-time world medalist to MMA Viking.

Madsen is undefeated in his seven pro MMA bouts, and won by decision in his Cage Warriors debut in front of a sold out cheering fanbase at the KB Hallen last March, after two wins with his Cage Warriors Academy endeavor.

“The Olympian” outpointed Frenchman Thibaud Larchet (12-5-1) to pass another test in his undefeated career that started back at European MMA 6 in July of 2013.

The main event will put together the biggest Danish fight sports names against each other in a classic wrestler versus boxer matchup. Nielsen, who will be making his MMA debut, challenged for the WBA interim middleweight title in 2014 and has been featured fighter on Sauerland’s Viasat Nordic Fight Night cards. He won his first 22 boxing bouts and has an overall record of 29-3, including his most recent bout, a loss to Arthur Abraham in April of 2018 for the vacant WBO International super middleweight title.

“This fight will make me the best payed Danish MMA fighter ever and even bring me up amongst the best paid Scandinavian MMA fighters.” says Mark that is exciting about the opportunity of the high-profile event in Denmark.

“It is great opportunity for danish fighters amateur as well as pro to perform in an iconic venue in the heart of Copenhagen!”

There are 12 bouts on the card with 6 amateur bouts and 6 pro bouts. Featured on the main card is Madsen’s training partner Joachim Tollefsen (5-2) from Frontline Academy in Norway.

Tollefsen looked fantastic in his return to the cage after 2 years away at Battle Arena 54 in Birmingham with an 11 second TKO over Englishman Martin Paterson in March. “Slender Man” will now face Andrey Zubenko (2-2). The Ukrainian fighter is no stranger to Nordic MMA fans, as he fought at Turku Fight Night 7 in his last bout, where he lost to Finn Patrik Pietilä by submission.

A nice matchup between Norwegian Ole Magnor (3-6) and Dane Mikkel Kasper (3-1) will take place ahead of the main event. The 2014 IMMAF World Champion Kasper won his first 3 pro bouts, then lost his last in a war against Jonathan Bosuku at Danish MMA Night 1 in June of 2018.

Magnor was submitted by Andreas Gustafsson Berg (2-0) at Fight Club Rush 4 in January, but protested due to an alleged illegal knee that lead to that finish.

The Norwegian middleweight veteran out of Novus Academy will be looking for another win against a local fighter.

Mikkel Vestergaard Laursen (0-0) will try to step in the cage again for his pro debut. The wrestler did not get all his medicals and permissions in time for his planned pro debut at Cage Warriors 103, where his fight was set to go on, but pulled just hours before the fight. The hulking Danish wrestler will face Frontline Academy’s Elijas Paknys (0-0) who will also be making his pro debut.

The event will go down at the historic KB Hallen. The card will be on PPV in the Nordics through Viaplay.