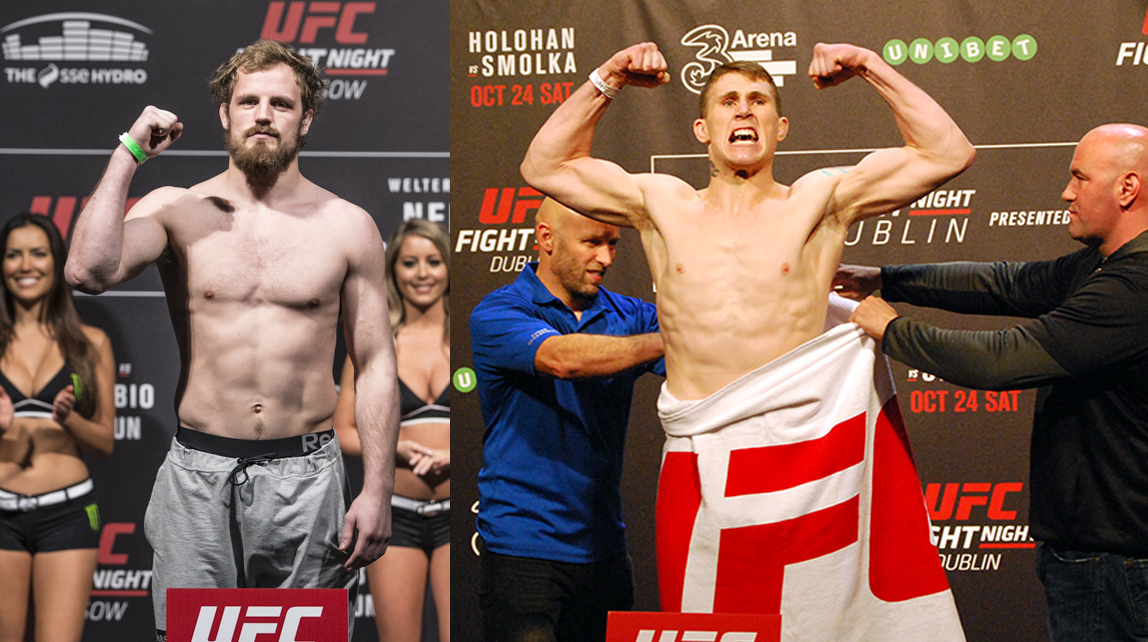 With the Darren Till (16-0-1) hype train moving a million miles per hour, Gunnar Nelson (16-3-1) wants an opportunity to bring it to a halt.  “I’m game big boy” writes Gunni in response to Till’s declaration that “They’re all running scared.” on Twitter. 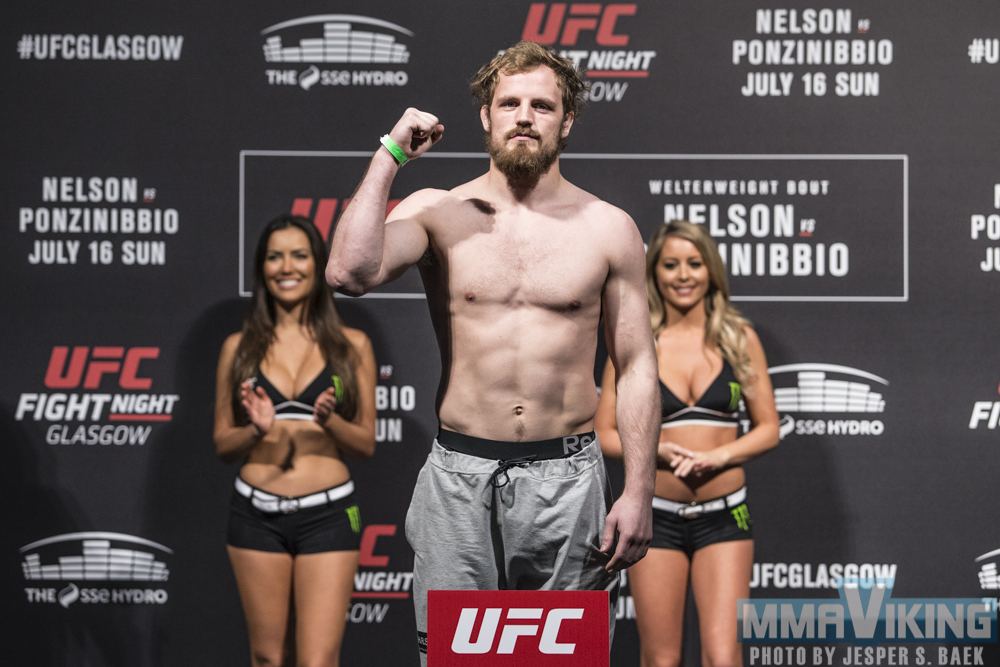 Till’s dominant victory over Donald Cerrone in Gdansk last month, stopping the American in the first round, has Dana White talking about moving February’s card from Orlando, Florida to England.

The discussed matchup for this event was the Liverpool fighter against Stephen ‘Wonderboy’ Thompson that secured a unanimous decision over Jorge Masvidal at UFC 217 last weekend.  However, it seems that the American is not ready to sign on the dotted line and Till is out looking for another matchup. 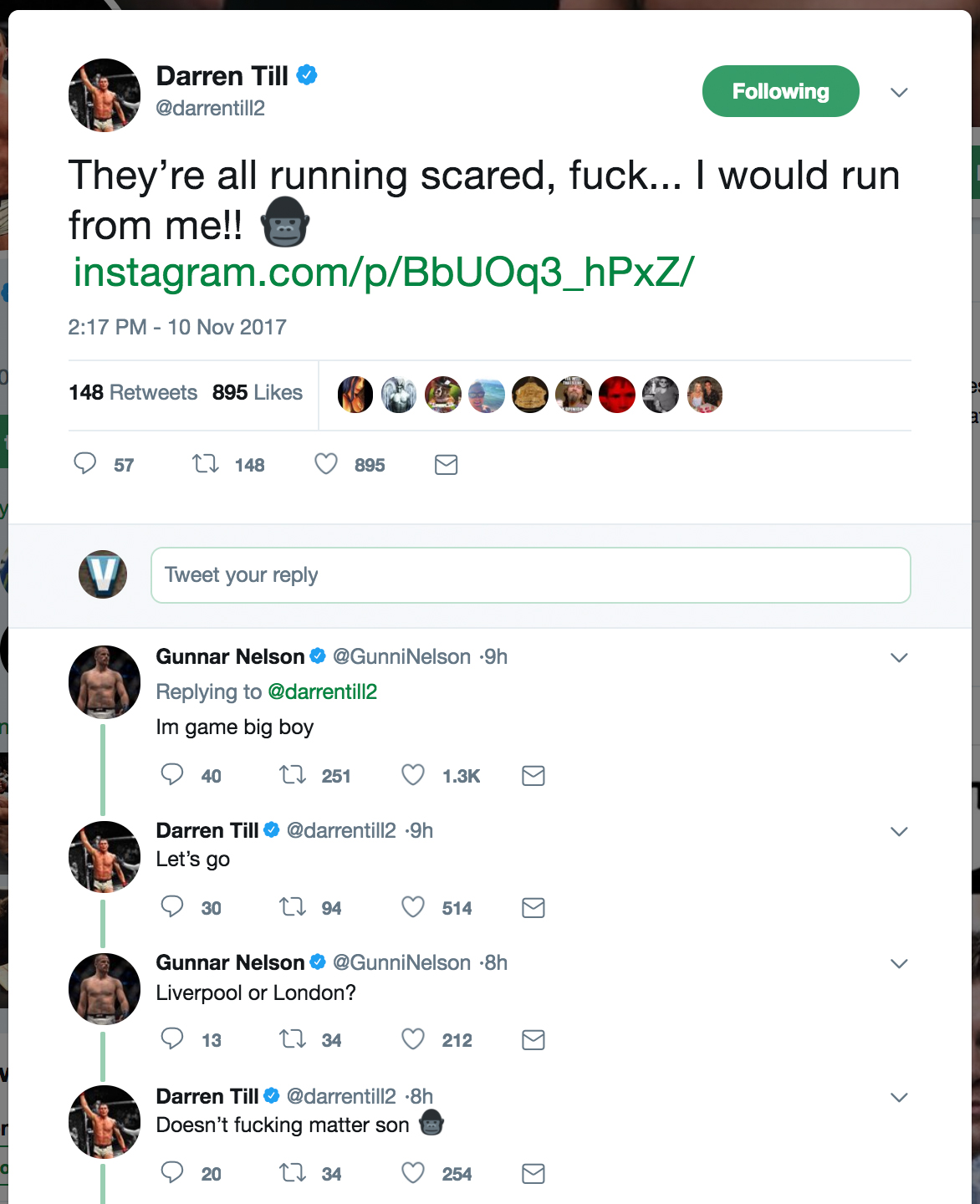 Nelson is ready for the opportunity either at February’s 24th’s rumored UFC event or the announced London’s O2 Arena event March 17.  With the exchange it is clear that the fighters are ready to face each other on any of these cards.

Nelson is coming off a controversial loss to eye-poker Santiago Ponzinibbio at UFC Fight Night 113: Nelson vs. Ponzinibbio back in July which stopped a two fight winning streak.