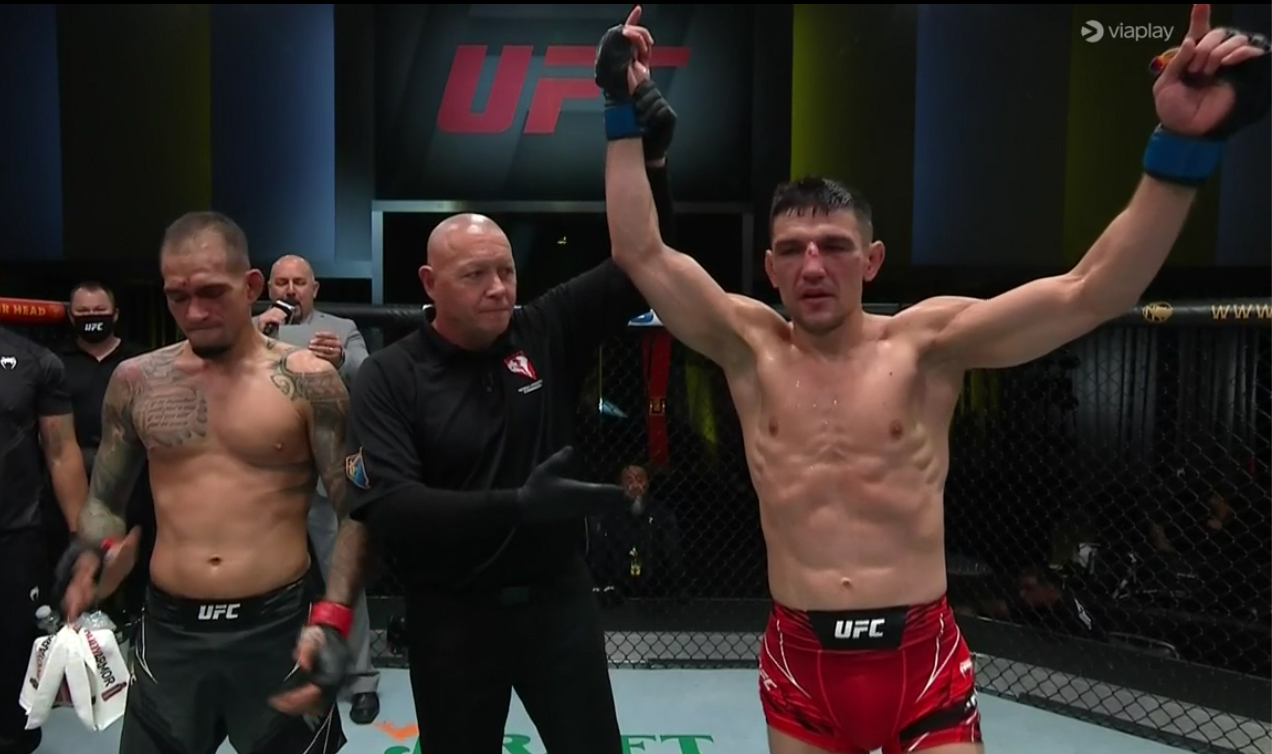 The “Bosnian Bomber” nearly took out the Hawaiian landing huge shots in the first round, and mixed in powerful lowkicks to damage throughout. The second round was also all Damir’s that was the quicker and more powerful fighter, landing twice as many power punches. The third round started the same as the others, and the referee was looking for reasons to stop the punishment eraly. But, the vet Yancy was able to turn it on as Hadzovic tired. Medeiros nearly finished a rear-naked choke late, but Damir held on. Ultimately, it was 29-28 on all three scorecards.

“This win means everything to me. I’ve worked so hard. For years, I wanted to be in the UFC (…) I wanted to win so bad. I got sick the last time I was supposed to fight. It broke my heart, but in the hospital they told me they would reschedule it. It made me happy. I accepted it right away even though my wife was about to give birth on this date. She gave birth on Sunday. I haven’t seen my newborn child, but that was the worst risk. The risk was worth it. Now I’m here. I have some pain in my leg, but it was all worth it. I love this.” says the Dane after the bout.

“I hope to get a new contract next. Then a new fight, I hope, in September when I’m healed up, because at first I was supposed to fight on May 22 so I’ve been in camp for four months. I just need some down time, heal up, then I will be back.”