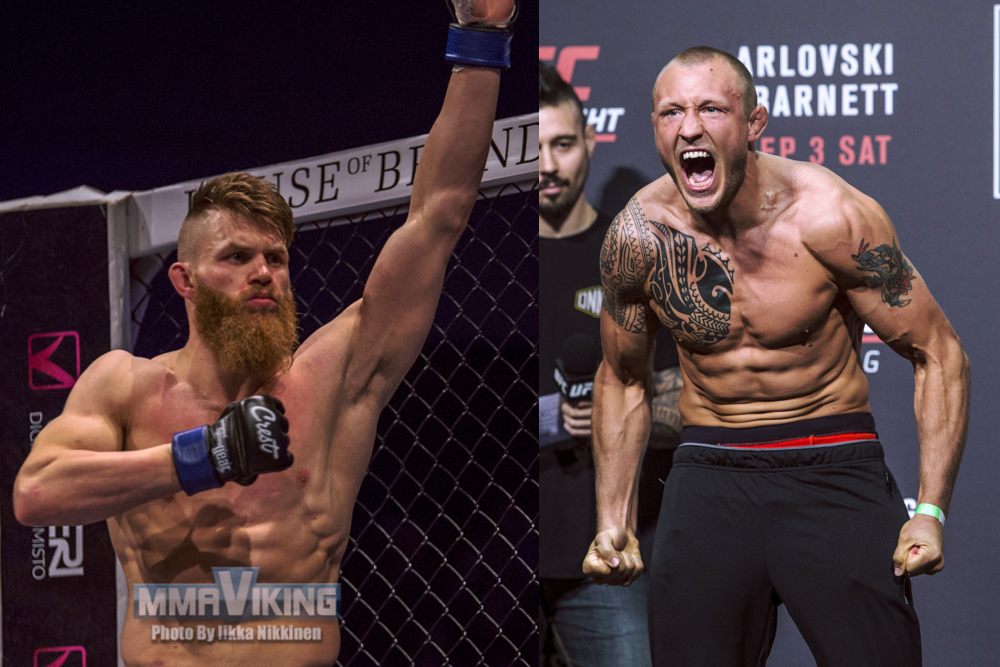 Frontline Academy fighters Jack Hermansson (14-3) and Emil Weber Meek (9-2, 1 NC) will be featured in the first two fights of the six-fight main card going down in Stockholm, Sweden on May 28.

The Joker will do battle against American Alex Nicholson (7-3) to start off the main card.  The Swede now living in Oslo has a one win and one loss the Octagon. He was impressive in his UFC debut, beating Scott Askham at the UFC in Hamburg. In his second outing, he submitted by Brazilian Cezar Ferreira (11-6) in Brazil.

Valhalla will fight Nordine Taleb (12-4) following his teammates fight.  Meek had an impressive UFC debut win in December over Jordan Mein, where he won by unanimous decision back at UFC 206.  He was also on the main card in his first trip to the Octagon.

The card that goes down on a Sunday, will be headlined by Swede Alexander Gustafsson and Brazilian Glover Teixeira.

Below is the complete UFC in Sweden / Fight Night 109 card: