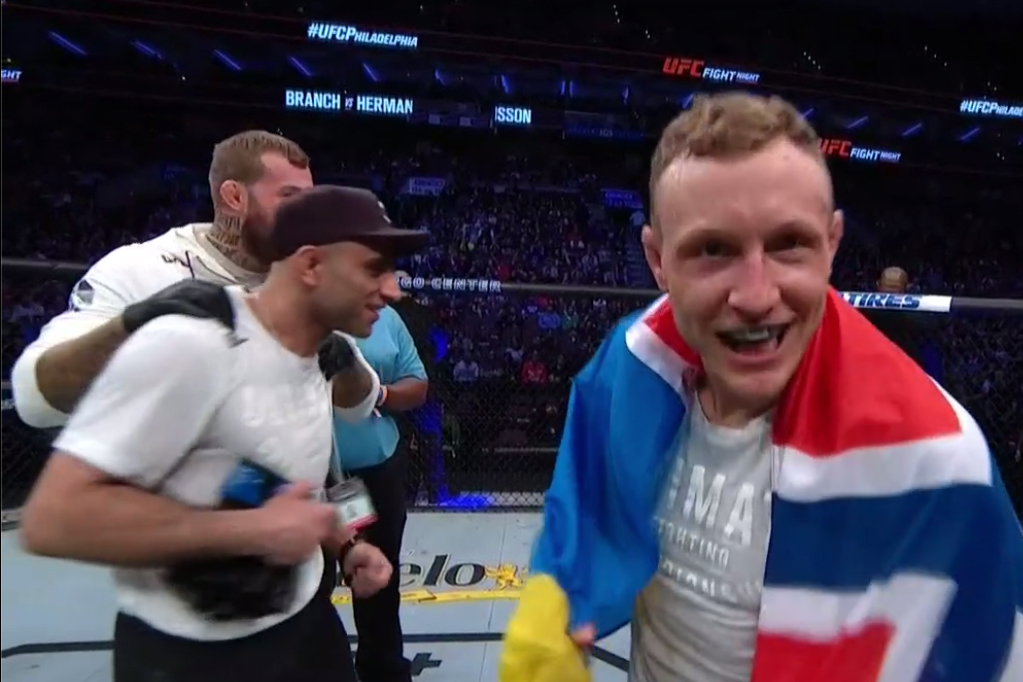 Jack Hermansson (19-4) finished American David Branch (22-6) at the Wells Fargo Arena in Philadelphia. The Swede only needed 49 seconds to end the bout with a guillotine earning him a $50,000 Performance of the Night.

The Frontline Academy fighter immediately locked up a guillotine while Branch was on all fours. Jack fell to his back –David briefly tried to hold on to the cage to stop pressure– to tighten the lock and submit the Gracie Brazilian black belt, forcing a tap.

It was the 3rd straight win for the middleweight that now eyes a spot on the UFC in Sweden card on June 1st. Overall, the “Joker” has won 6 of 8 bouts in the UFC Octagon.