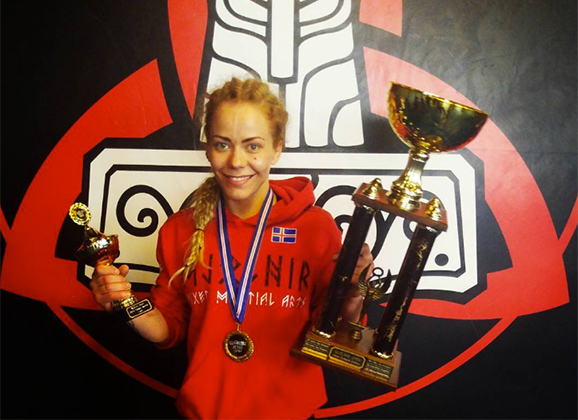 Sunna Davidsdottir was the first female amateur fighter out of Iceland and now “Tsunami” will become the first pro fighter. The Mjölnir MMA fighter will have her debut in style, as she will do it with Invicta FC. “I´m going PRO!” posts the strawweight today at the same time Invicta made the announcement.

“It is a real pleasure to confirm that I have signed a multifight contract with Invicta Fighting Championships. My first fight on an Invicta card is yet to be announced, but it cannot come soon enough. I´m in the best shape of my life and have never been as ready as I am right now!!! Big shoutout to everyone who has helped make this dream come true! Let´s Do This!!!”

The 30-year-old does not have an opponent or a specific event she will make here debut. She joins Swede Pannie Kianzad as the only other Nordic fighter in the leading woman’s MMA promotion.