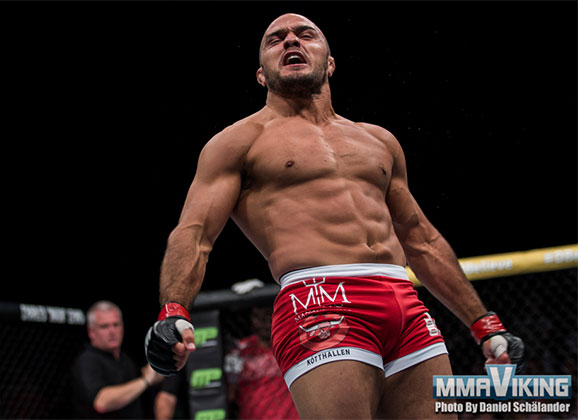 Ilir Latifi will be fighting at UFC Fight Night 72, which is the UFC’s debut in Scotland.  Latifi let out the news for on Instagram, by saying “See you in Glasgow Scotland July 18”, and since then our friends at Kimura.se have reported that Hans Stringer will be his opponent.

The card takes place July 18 at SSE Hydro in Glasgow and bookings are just starting to be announced. The Swede out of Allstars Training Center was last seen losing in October in Sweden at the hands of Jan Blachowicz. He has an overall record of 9 wins and 4 losses, and is 2 wins and 2 losses in the Octagon.

Stringer is from the Netherlands and comes into the bout with a 22 win, 6 loss, and 3 draw record. He most recently lost at UFC 179 against Fabio Maldonado by TKO. he now trains out of the Blackzilians camp in Florida.