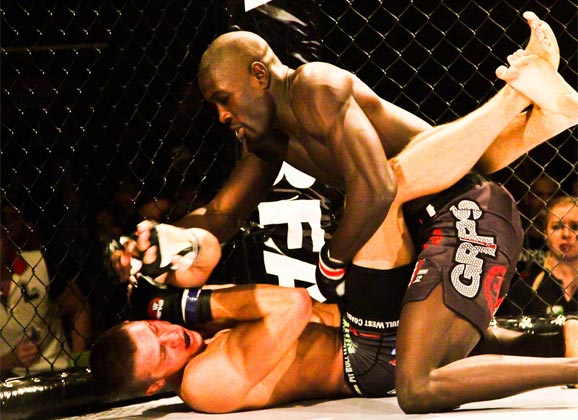 Sweden’s International Ring Fight Arena (IRFA) is back this Saturday as they return to the Solnahallen in Stockholm.  The promotion has found a niche in the Nordic MMA scene by putting on display young Swedes with a lot of potential facing well matched international competition.  More recently they have also featured experienced fighters from other martial arts, such as Sadibou Sy a kickboxing and thai boxing world champion, plus the Teymur brothers.

IRFA 6.0 card again features all three Sweden based strikers as David Teymur, Daniel Teymur, and Sadibou Sy.  Also is Allstars Training Center’s Oliver Enkamp, plus Pancrase Gym’s promising Karl Albrektsson who have also been featured on previous IRFA events take up slots on the 7 fight professional card.  Grappler Iman Darabi from DIF Kampsport is also looking to build on her November debut win, by taking her first pro bout on Swedish soil against Veera Nykanen who was set to make her pro debut at CWFC 64, but due to her opponent not making weight the Finn took the bout as an amateur bout.

Sy, who has been developing his game at Pancrase Gym in Stockholm, takes on another tough grappler.  The striker, Wasa Kickboxning, faces Poland’s Oskar Piechota who has a record of 3 wins, 0 losses, and 1 draw.  Imadlo comes from Piranha Grappling Team and has finished two bouts by submission and another by KO.  Sy

Mohammad Badadivand (3-0-0) of Allstars Training Center has just been added to the card. The Stockholm based fighter will face Greece’s Giorgio Papunasvili (1-1-0).

You can buy tickets here.  MMAViking.com will be reporting live from the event, so come back for live results, pictures, and video interviews.