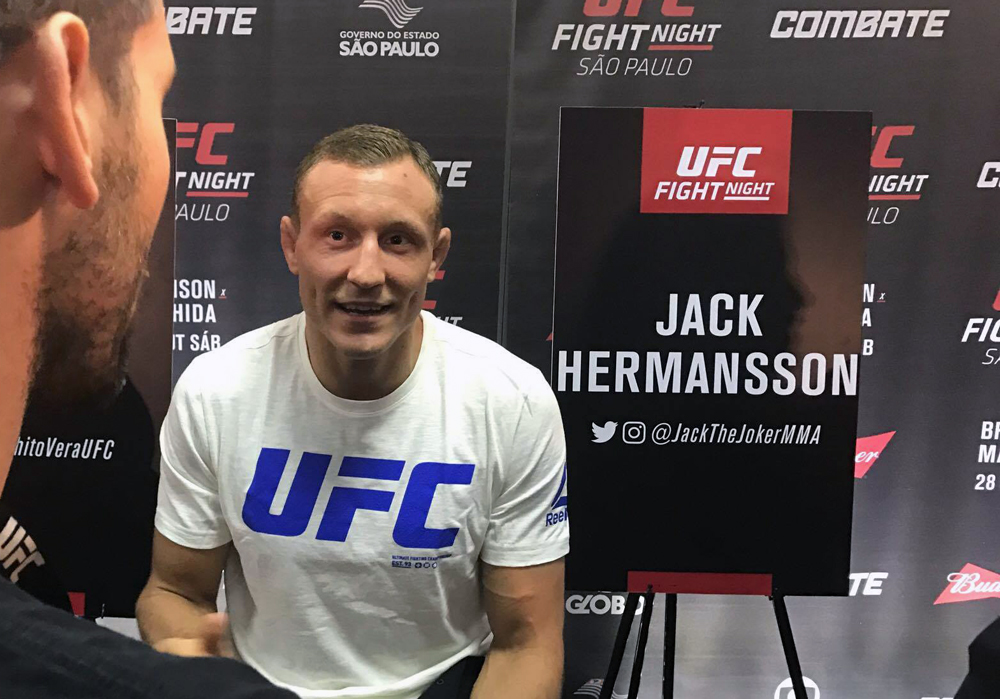 Jack Hermansson (16-3) is at the UFC Media Day for Saturday’s UFC Fight Night 119. The Norwegian based Swede says he is “in top form… fast and focused” as he looks ahead to his bout against #15 ranked Thiago Santos (15-5).

“My fourth UFC fight in a year and this time against the 15 ranked middleweight fighter of the world, Thiago Santos from Rio De Janiero, Brazil. It’s been a year since last time São Paulo and this fight is a great present since we have some un-finished business to settle.” says Hermansson.

“First round finish” says the former Cage Warriors champion from Brazil, which would be the biggest win of his career.  “I’ll seize the first moment to end the fight.”

The Nordic Middleweight star improved his Octagon record to 3-1 with a brutal ground and pound stoppage over the Brad Scott at UFC Fight Night 114 in Mexico City, Mexico earlier in August.

The Brazilian is 33 years old and will have the advantage of a home crowd behind him. He has a 7 win and 4 loss record in the Octagon, and two wins in a row, with wins over Gerald Meerschaert and Jack Marshman.

Note : The Ferocious Håkon Foss contributed to this report with pics and quotes from Brazil.