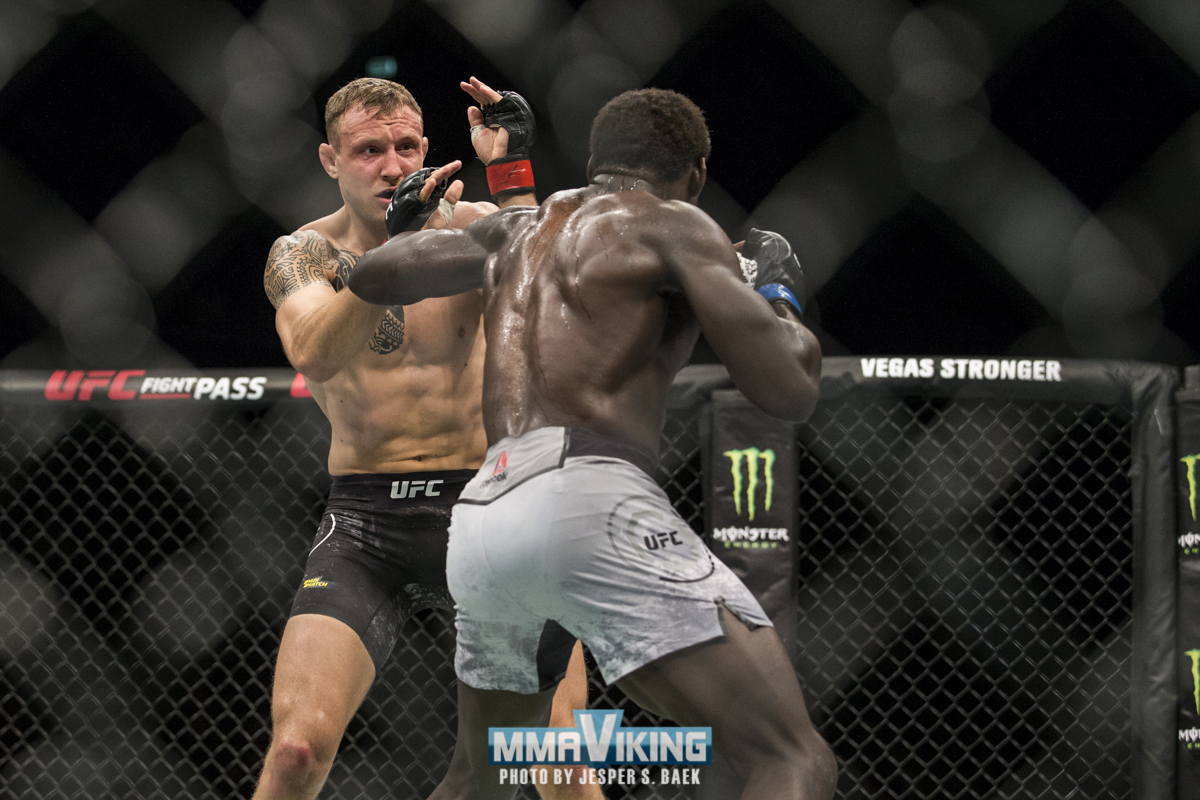 Swede Jack Hermansson (20-5) was in control of the main event versus Jared Cannonier (13-4) until a big uppercut changed the course of the bout at the UFC’s first trip to Denmark.  The American followed-up with ground-and-pound forcing a stoppage at 27 seconds into the second round at the Royal Arena.

“I followed up with some of the best ground-and-pound in the world.” says the American that fell behind early in the bout as the “Joker” got a body lock and threw the former heavyweight with a suplex on his head.

However, Jared stayed calm and defended take-downs that stabilized the fight and showed the Swede that the route to the mat would not be easy. 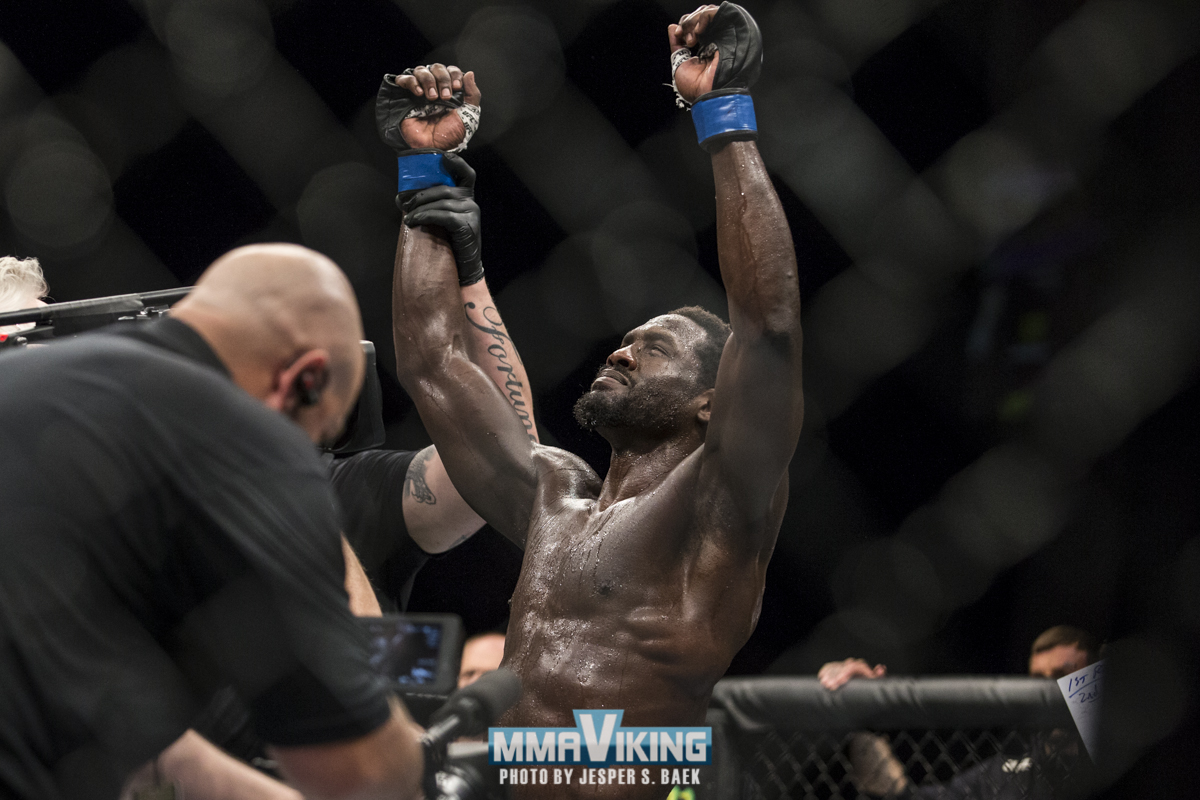 “I don’t know what’s next for me. I don’t care about rankings. All I care about is winning the next fight.” says the American as he quieted the crowd full of fans cheering for Jack in the sold out arena.

“I want to get one more fight in before the year is over to get back on a winning streak again.  I’ll take any fight.” says Hermansson.