Sweden’s Khamzat Chimaev (7-0) will have one of the quickest UFC layoffs as the “Wolf” has been booked against Rhys McKee (10-2-1) for the UFC Fight Island 3 card next Saturday.

Chimaev enjoyed a dominant debut victory at UFC Fight Island 1 on Wednesday when he submitted John Phillips (22-10-1) in the second round of their short-notice middleweight bout and now he is ready to fight again.  Later earning a $50,000 Performance of the Night bonus, he called for the UFC to line the opponents up for him following the win.

UFC president Dana White confirmed they are working on another fight for him after the win and will join Allstars Training Center teammate Alexander Gustafsson on the upcoming card. 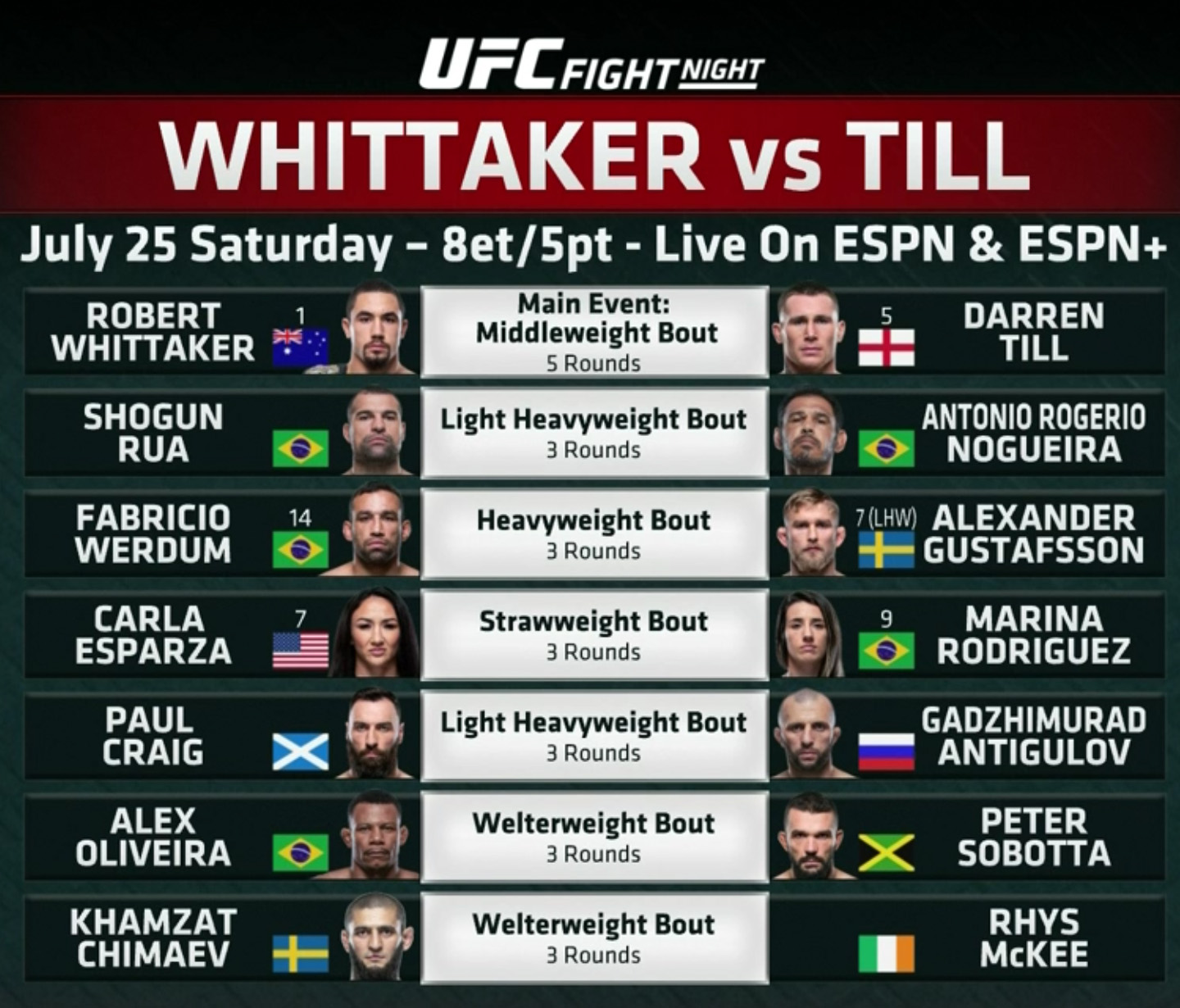 Chimaev — who fought at middleweight for his debut — will drop down to welterweight for the matchup with McKee.  The Cage Warriors vet has won 3 fights in a row, including his most recent against Norwgian Håkon Foss at CWFC 110 in March.