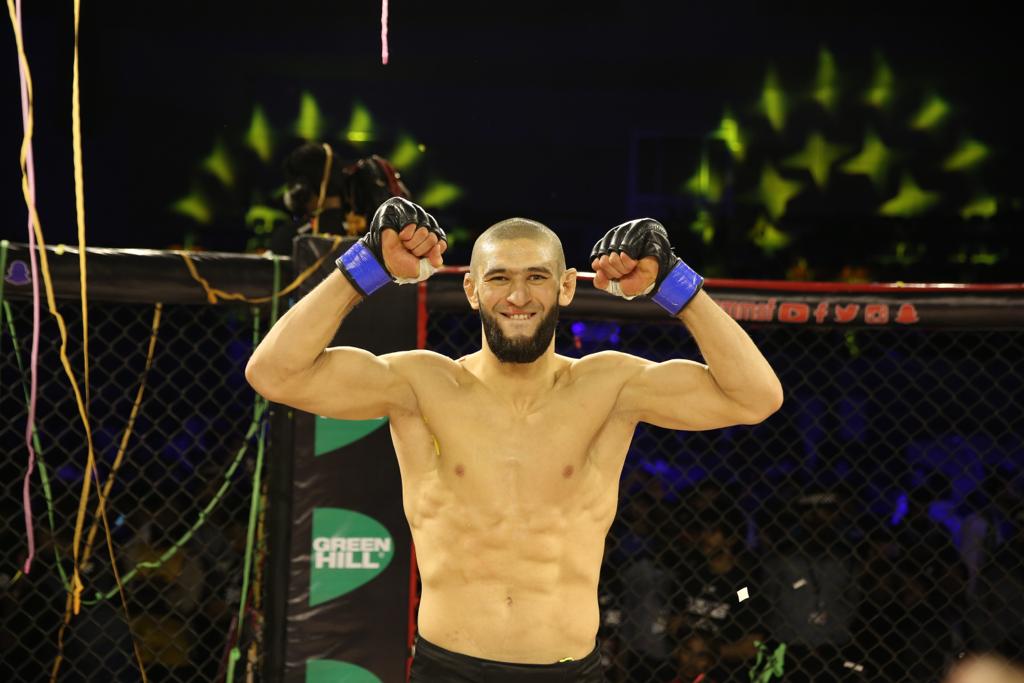 Nine days notice and a weight up. No problem for Khamzat Chimaev, who stayed undefeated with the biggest win of his young career as he overwhelmed Sidney Wheeler in the main event of Brave 20, held in Hyderabad, India.

The Sweden representative needed only 35 seconds to close the show as he surprised the American wrestler with a takedown in the opening moments of the bout and proceeded to rain down punches until referee Marc Goddard stopped the fight, just as Wheeler as tapping out, unable to defend himself.

Chimaev, who made his Brave debut back in November at Welterweight, is now 4-0 as a professional, and 2-0 under the Brave Combat Federation banner. Wheeler drops to 8-4 as a pro and is now 1-2 for Brave.