Anton Kuivanen (23-8) will take another step towards getting back to the UFC as he looks for his fourth straight win under the CAGE banner on November 21. The promotion released today that the GB Gym fighter will be facing undefeated French fighter Thibault Gouti (10-0) on the CAGE 33 card at the usual Helsinki Culture House. 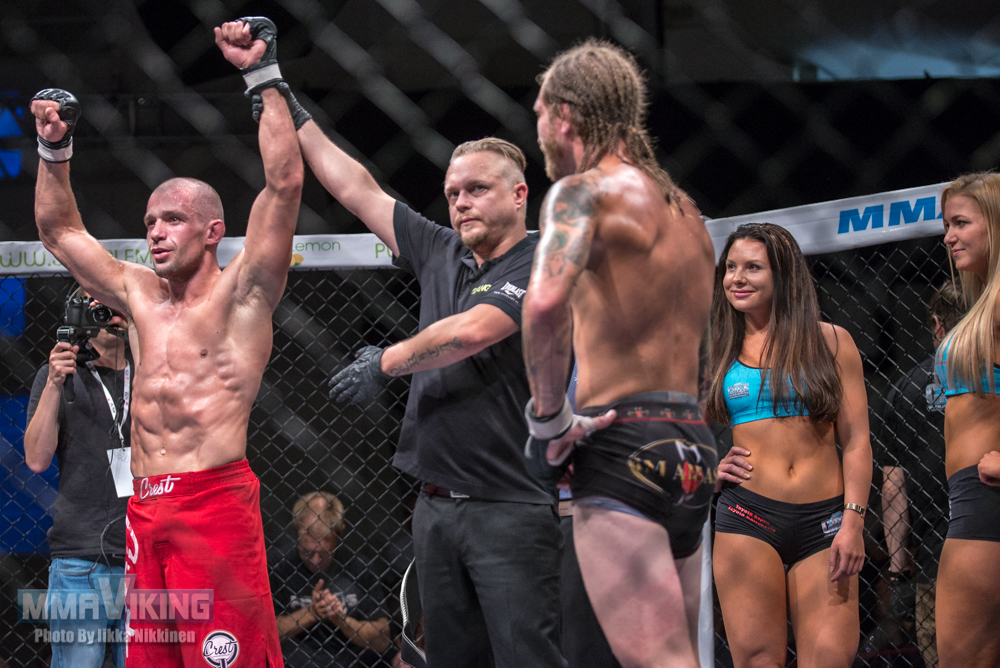 Kuivanen avenged a loss to Eric Reynolds and reclaimed the belt back in September as he defeated the American in dominant fashion.

Gouti is no stranger to the Finns that attended the CAGE 29 card, as he stopped Mikael Nyyssonen in less than a minute with a KO. He has also finished his last four opponents.

The promotion has also released the other stars on the card, which haven’t been matched up with opponents. See the updated card below.

MMAViking.com will be live in Helsinki for the event, so come back for more fight coverage and live reporting!