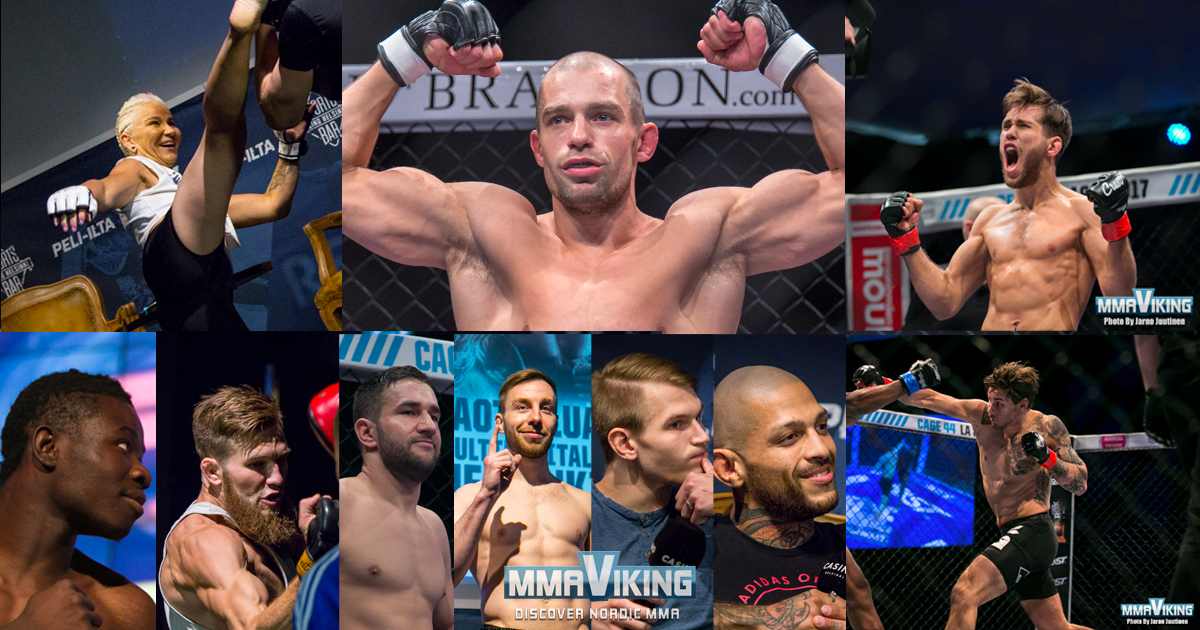 UFC veteran Anton Kuivanen (26-10) will headline this Saturday’s Cage 44 in Helsinki that is supported by many of Finland’s upcoming talent. There are 8 bouts on the card at the Helsinki Hall of Culture. 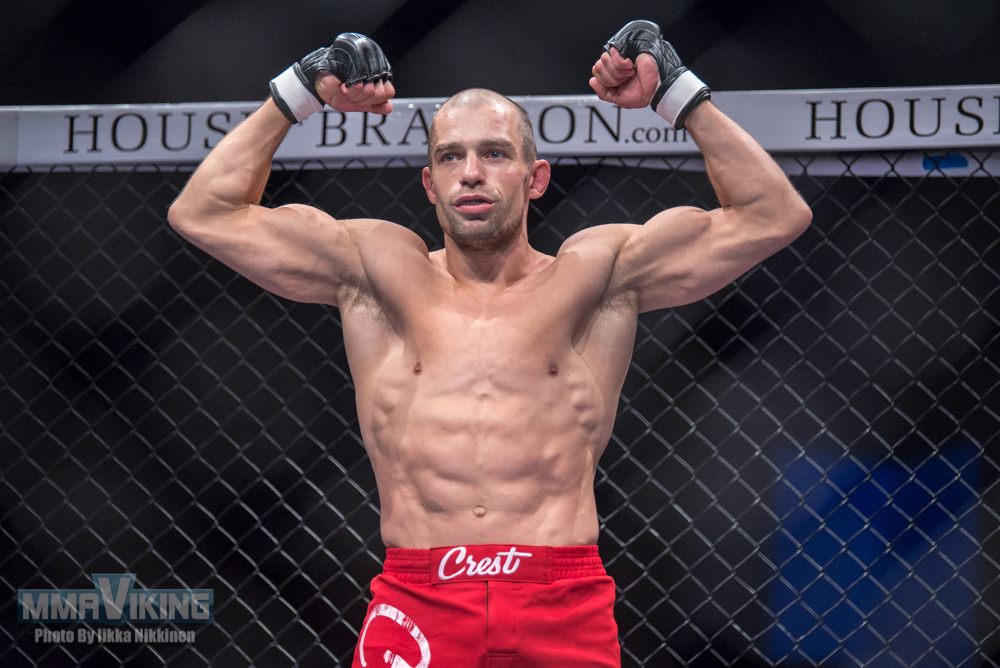 The GB Gym fighter beat the lightweight King of Pancrase star Takasuke Kume (21-5-4) at Pancrase 297 in his last outing in Tokyo in what may have been the Finns most impressive performance. Kuivanen will now face Valeriu Mircea (21-5-1) out of Italy who is a 24-year-old Bellator veteran, where he had a win and loss.  The judo black belt is coming off a win at Eagles Fighting Championship 9 in May. 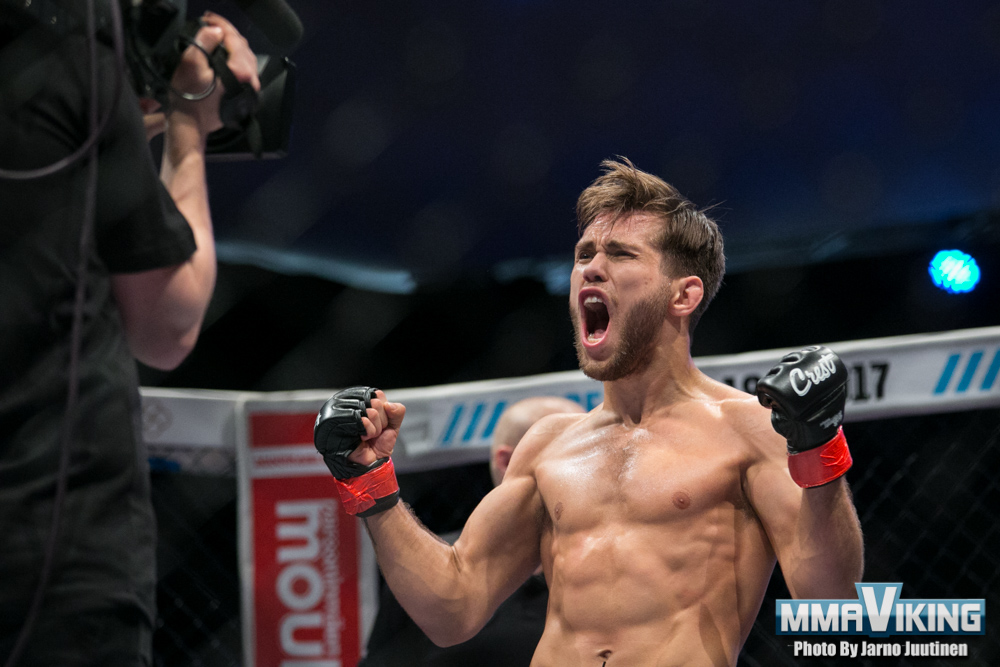 Aleksi Toivonen (6-0, 1 NC) is ready to take his reputation globally in the co-main event. “I’m looking to continue the finish streak at CAGE 44 and then I’m going to start a global raid, bringing those gold belts to Finland one by one.” says the ambitious Finnish flyweight to MMA Viking.  The “Giant” will start his next challenge versus Combat Sambo World Champion Aren Akopyan who comes in with a 7 win, 2 loss, and 1 draw record. The 24-year-old Armenian-born started his career with 4 wins. He now fights out of Moscow, Russia. 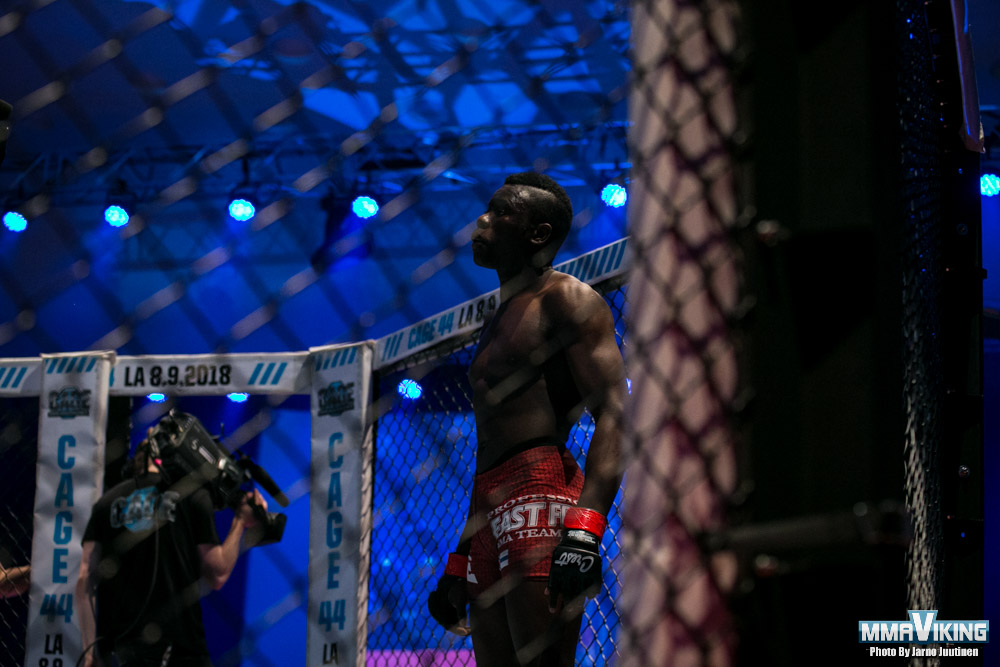 Edward Walls (6-2) out of Team East Front will take on Ivan Kibala (5-0) out of Russia. The Team East Front fighter is on a nice two-fight winning streak including the highlight reel head kick that stopped Manolo Scianna (7-2) at Cage 43. 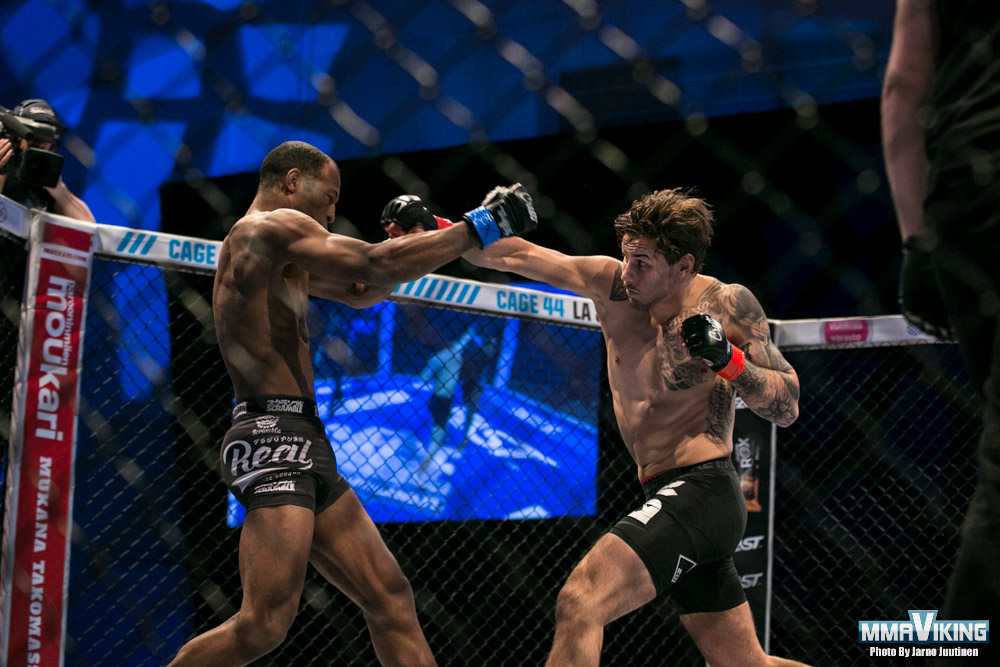 Olli Santalahti (8-2) will be seeking his 9th straight win.  “The Amazing” Santalahti will face UK’s Alex Lohore (14-3).  “He is a very good opponent to test myself at this point of my career.” says the welterweight to MMA Viking.

In his last outing, Olli got his 8th straight win at CAGE 43 in Helsinki when the Turku based fighter stopped vet Nathan Jones (11-8) with a unanimous decision.  Santalahti that has not lost since 2012, and has a streak of CAGE wins in the 41st, 42nd, and 43rd event. 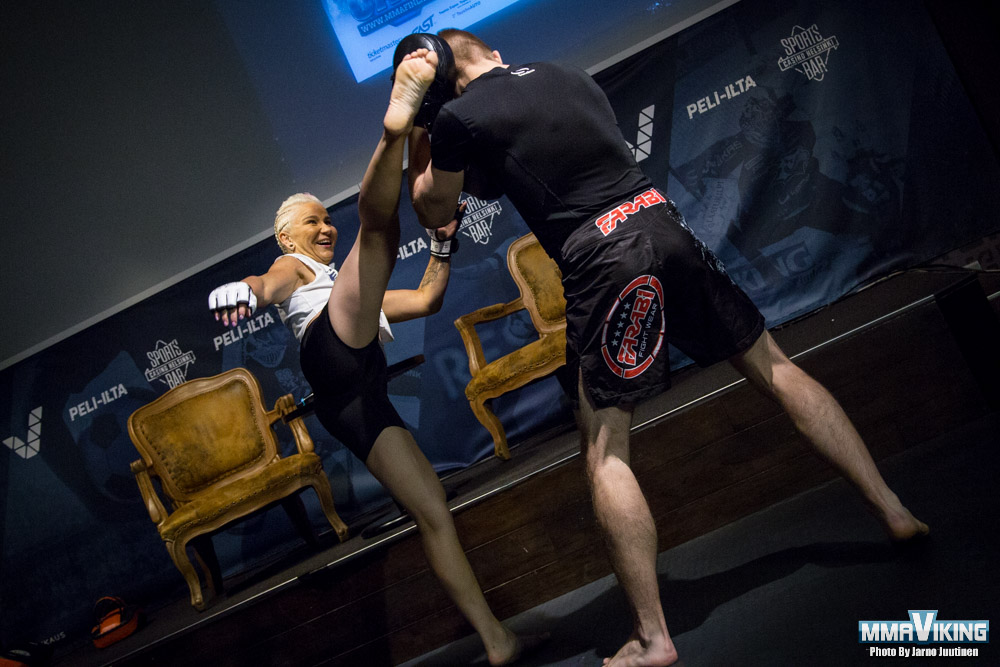 Suvi Salmimies (9-5-1) will take on late replacement Vlada Yavorskaya (5-2) out of the Ukraine. The Finn has won her last 3 of 4 bouts and looking for a UFC contract with a win. 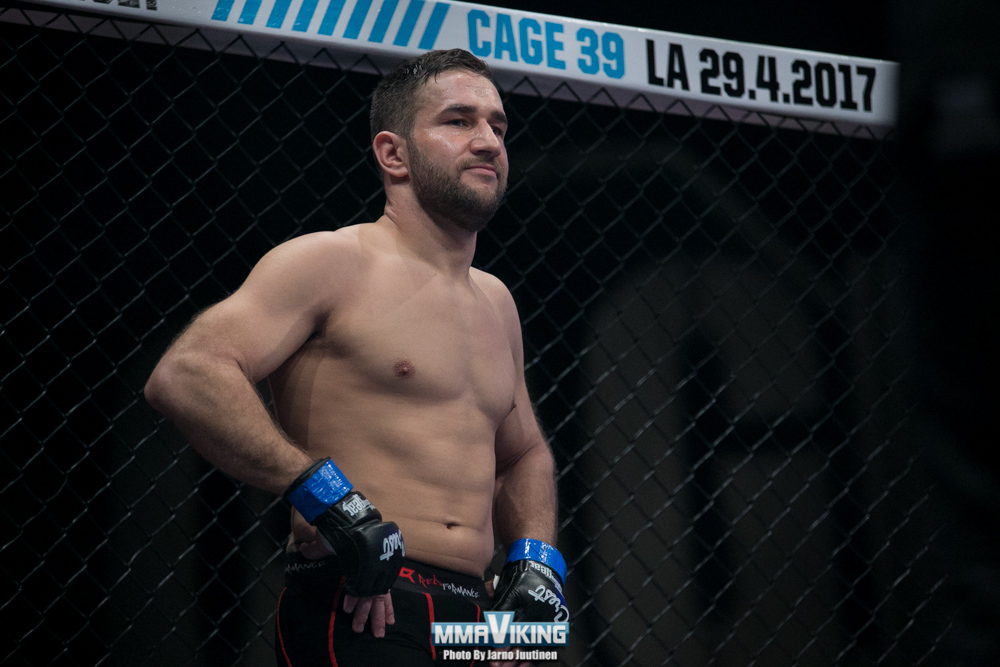 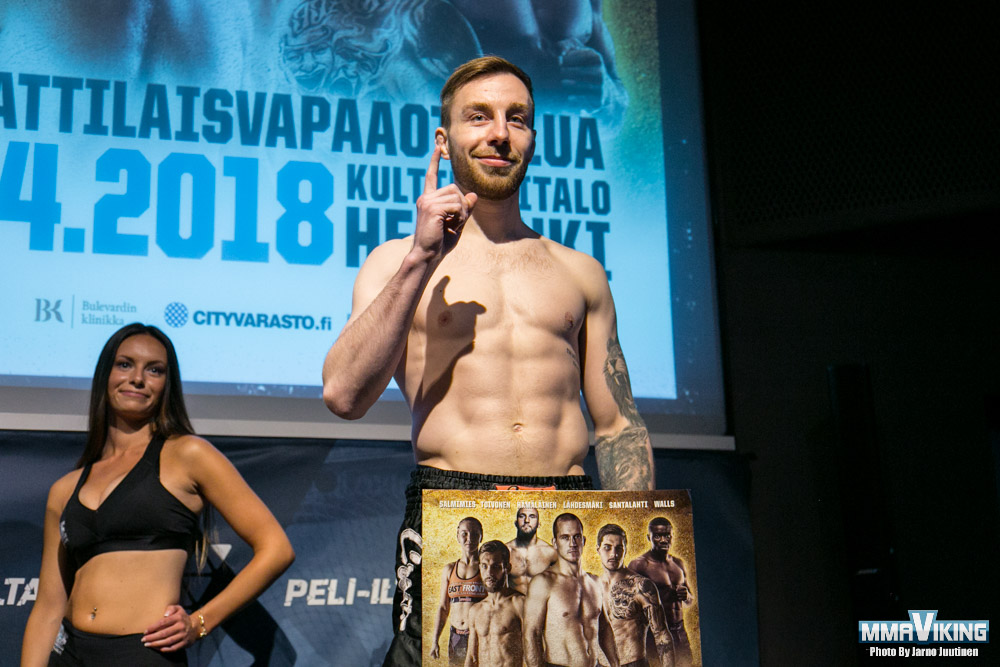 Patrik Kapanen (4-2) will take on Toni Lampinen (4-2) in a Finn versus Finn battle. The GB Gym fighter Patrik has been looking good in his last two bouts, securing a stoppage over Jyri Mikkila at FNF 13 and a rear-naked choke at Cage 38 over Aleksi Savolainen. Lampinen has also won two straight, including stopping Patrik Pietilä at Cage 43. 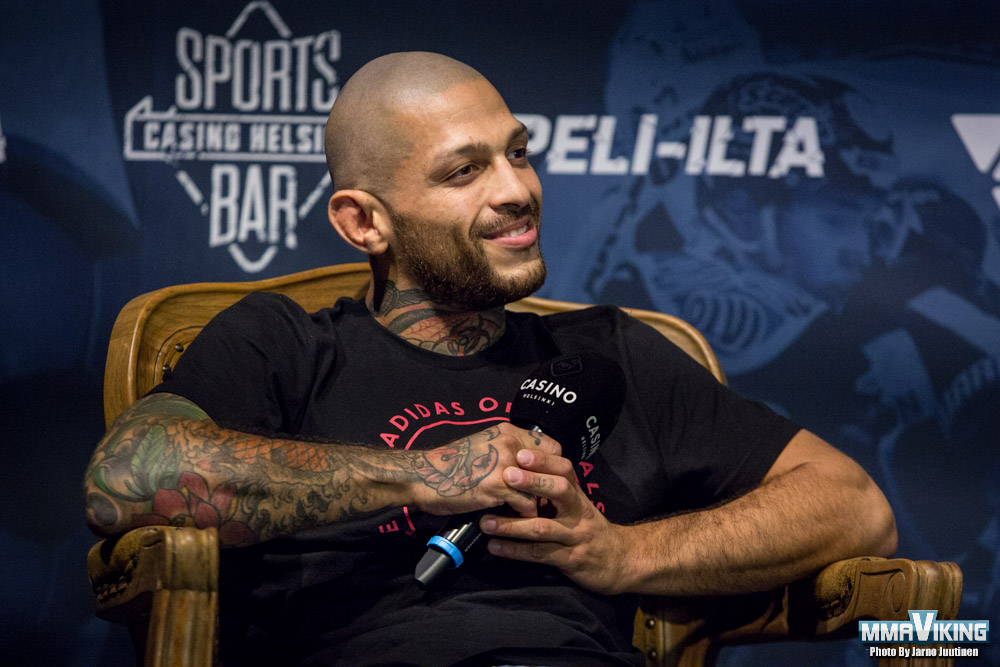 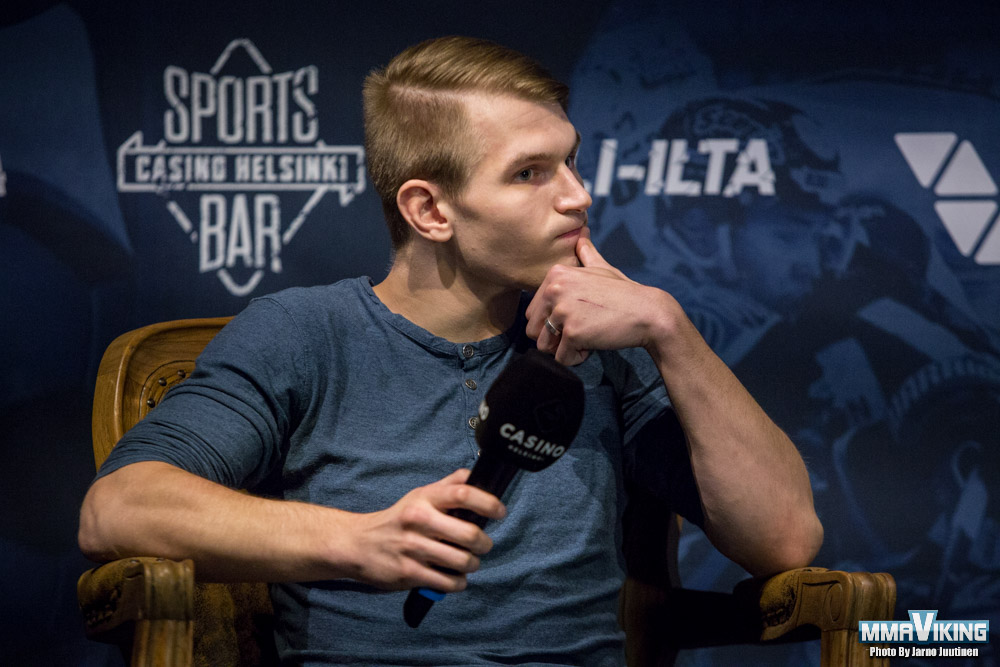 In the other domestic matchup, Markus “Master Colombo” Rytöhonka (4-2) out of GB Gym will face Marko Tani (3-1) out of Kuovola. 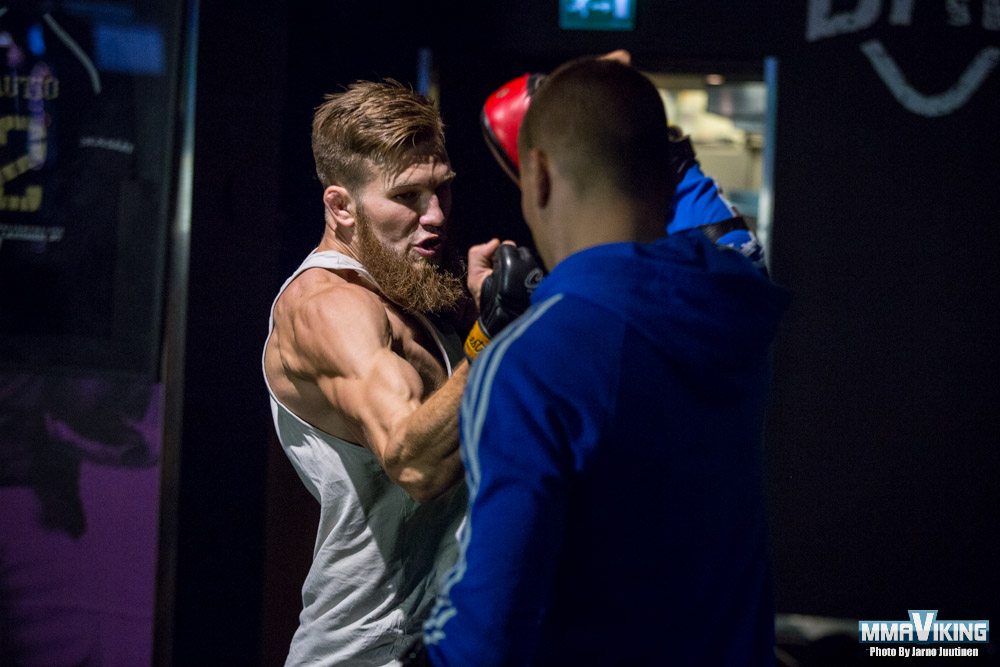 MMA Viking will be cageside for the show, so come back for more coverage.