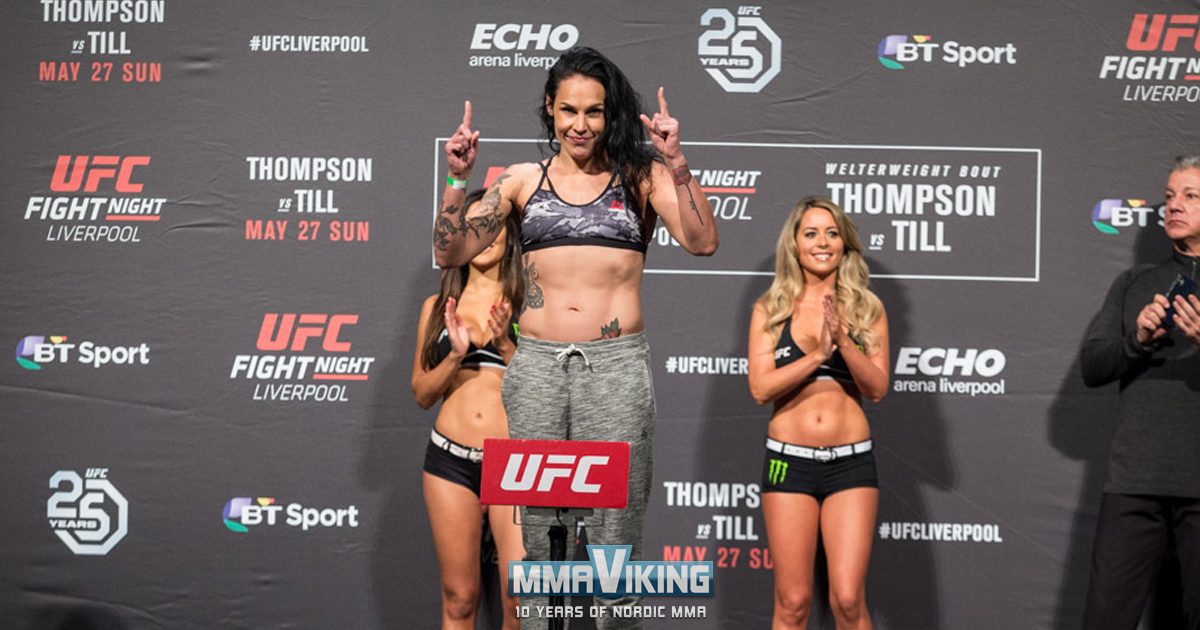 “It’s on!” declares Lina Länsberg (8-3) about a bout with Yana Kunitskaya (10-4) at UFC 229 on October 6. The fight will be added to the huge Conor McGregor versus Khabib Nurmagomedov title fight event that headlines the event at T-Mobile Arena in Las Vegas.

The “Elbow Queen” has won 2 out of 3 bouts in the Octagon since losing in her debut against Cristiane Justino in her UFC debut at a 140 lbs. catch weight in 2016. The Redline MMA fighter beat Gina Mazany (5-2) at UFC Fight Night Liverpool in May. 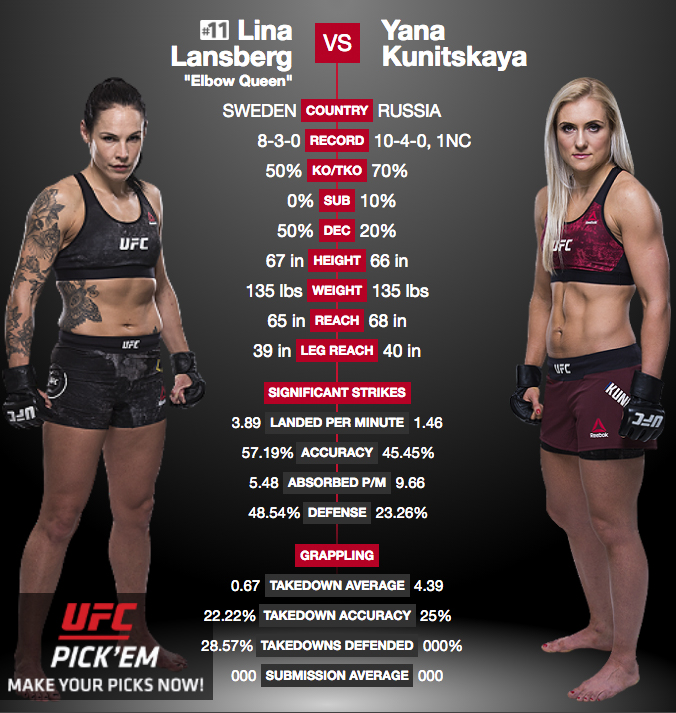 “Foxy” also faced Cristiane Justino in her UFC debut, where she lost by 1st round stoppage at UFC 222 in March. The Russian Kunitskaya defeated Raquel Pa’aluhi at Invicta FC 25 last year to win the vacant Invicta FC Bantamweight Championship before getting signed to the UFC.