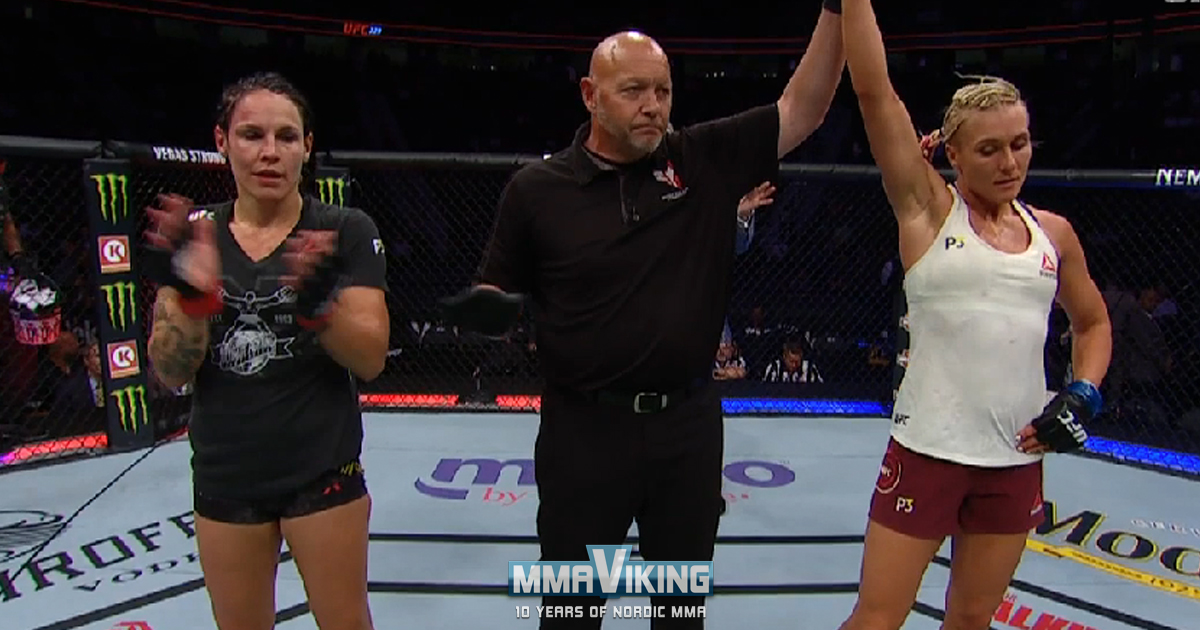 Lina Länsberg (8-4) lost to Yana Kunitskaya (10-5) at UFC 229. The fight was a featured Fight Pass prelim on the Conor McGregor versus Khabib Nurmagomedov card at the T-Mobile Arena in Las Vegas.  It was a unanimous decision in a dominant win by the Russian. 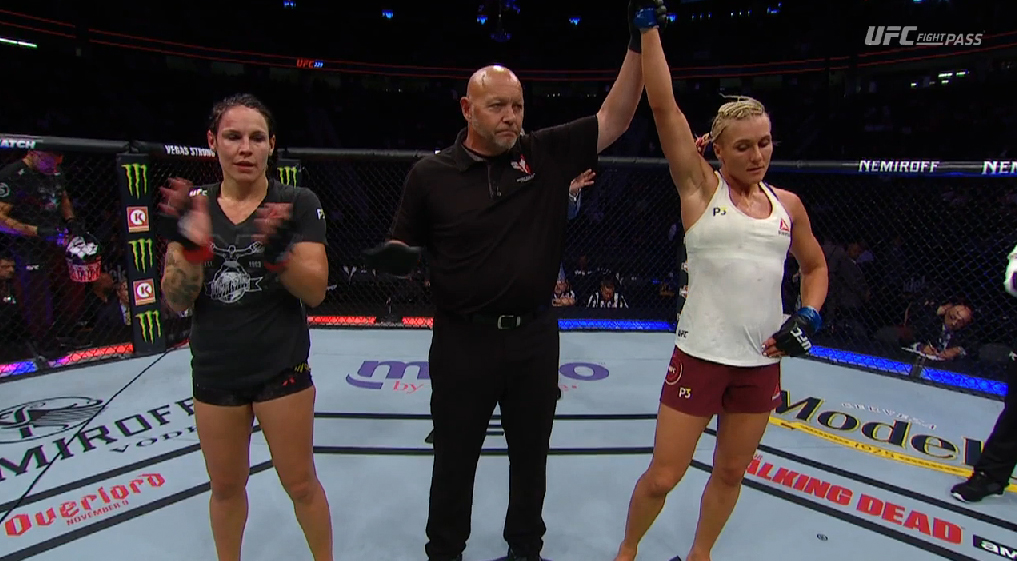 The “Elbow Queen” was taken down by a judo throw early and went for a can opener once on the ground.  Lina is able to stand up and gets a body lock against the cage, but gets taken down by the same throw again and is put on her back with less than a minute to go.  A few big elbows from the Kunitskaya to finish a solid first round.

Yana feels she has the advantage in the grappling and clinches Lina against the cage.  The Swede lands a good right hand half way through the round for her best power punch.  Lina with a standing choke but with no legs in can’t get the needed pressure needed, and another round that the Swede can’t do enough to gain the advantage in the clinch or standing.

Kunitskaya dominates the clinch and mixes in knees to start the third.  Lina needs something big here as she is on her way to another 10-9 round loss.  The Russian controlling the tie-up.  Lina lands a good kick and punch, but just not enough.  Lina ends the fight on her back as she charges in and falls backwards. 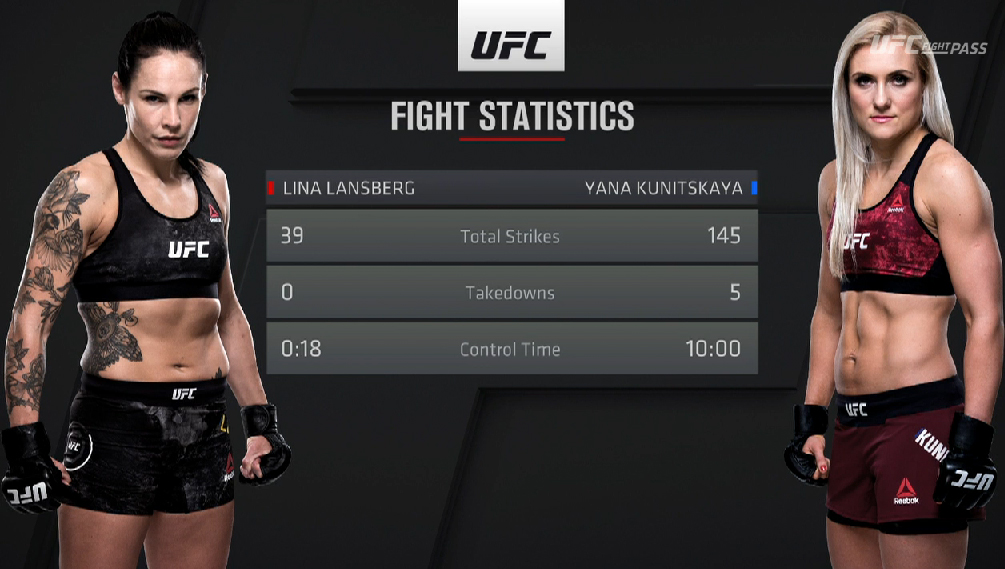 Lina has now won 2 out of 4 bouts in the Octagon since losing in her debut against Cristiane Justino in her UFC debut at a 140 lbs. catch weight in 2016. The Redline MMA fighter beat Gina Mazany (5-2) at UFC Fight Night Liverpool in May.