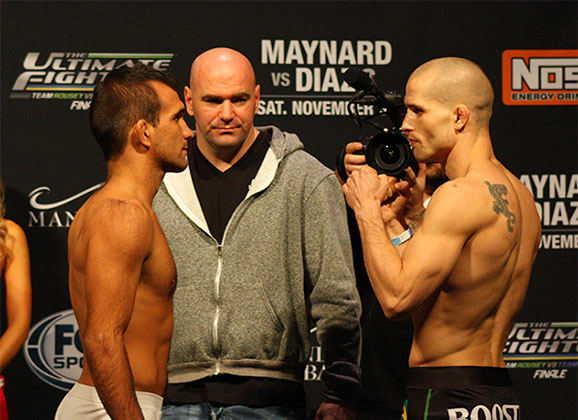 Two Nordic fighters are on tonight’s Maynard vs. Diaz 3 Card. First up is Finn Tom Niinimäki who faces Rani Yahya on the second to last fight on prelim card of the event which will also crown TUF 18 champions. Read the ultimate breakdown of the Niinimäki versus Yahya bout here. MMAViking.com is reporting live in Last Vegas, and follow live reporting here. 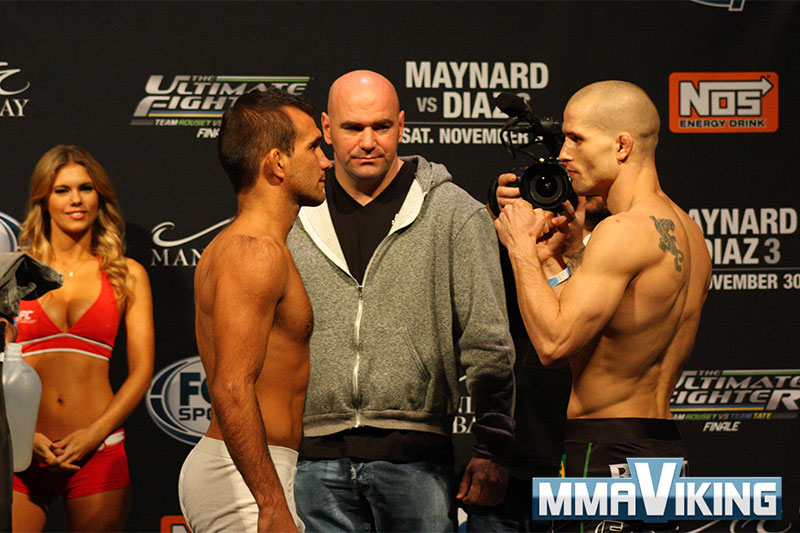 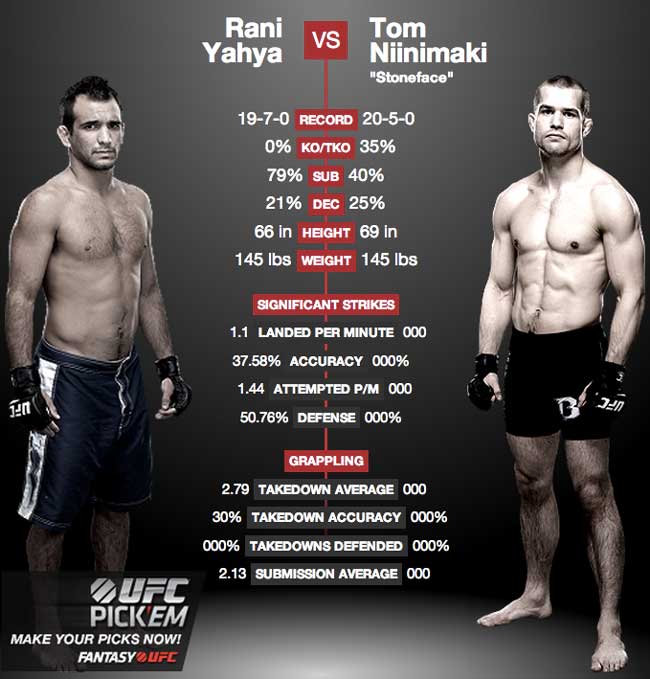 Tom Niinimäki Versus Rani Yahya
Round 1: Tom Niinimäki emerges to beat of heavy drums, Yahya follows. Kim Winslow is our 3rd party in the ring, tonight. A touch of gloves opens the round and the Finn absorbs a leg kick. Niinimaki takes the center of the octagon and Yahya secures a takedown, but the Finn holds onto a front headlock before reversing the Brazilian against the cage. Niinimaki throwing leather from the top as he defends a leglock attempt. Niinimaki is now in side control, defending the submission. Yahya rolls and takes a single leg to the mat. Niinimaki stands and takes the top position. Yahya holding onto the midsection while Niinimaki sits in some form of side control. Yahya has taken the back but Niinimaki fights him off and takes to the feet, forcing Yahya to the cage and securing the top position by way of half guard. The Finn now has control of the back which Yahya rolls away from and ends the round with Niinimaki raining down punches and sitting on his chest.

Round 2: Niinimaki takes the center again and begins to apply forward pressure. Yahya pours on a thick combination including a decent knee up the middle before pushing the Finn to the cage. Niinimaki reverses and secures a takedown of his own. Yahya now looking for an arm in guillotine but Niinimaki will not be denied and he reverses to end in side control. The Finn lands a powerful elbow to the head of his opponent, but is wary of the grappling pedigree of Yahya. Niinimaki lands several vicious right elbows to the skull of the Brazilian. The Finn’s positional control is stifling but the referee calls for action as Yahya places the Finn in half guard. The ref has seen enough and stands the two up. Niinimaki lands a hard kick and attemopts a takedown but finds himself in a guillotine which Yahya pulls into guard. Tom is fighting hard and the tension is palpable in the arena as Niinimaki escapes the submission attempt at what appears to be at the last second, Niinimaki takes the back of Yahya and ends the round in that position.

Round 3: Niinimaki is once again taking the center before securing a takedown in the center. Niinimaki is adjusting and attempting to improve his position, but remains in half guard. The fight is stood up and Yahya presses forward but slips. Niinimaki throws a hook but does not land with much steam. Yahya latches onto another choke and finds himself atop the Finn, but not providing much in the way of pressure. The attempt fails but the Finn is now the bottom man and Yahya resides in his halfguard. Yahya with a short elbow or two pperiodically from this position. Yahya appears to briefly consider a kimura but decides better of it. The third and final round ends with Yahya in the top position.

Tom Niinimaki is victorious by way of Split Decision victory.