UFC veteran Mads Burnell (10-3) made his long awaited promotional debut at Cage Warriors 99. The Danish fighter submitted Lukasz Rajewski (8-4) with a rear-naked choke in the first round over the over-weight featherweight in Colchester, England. 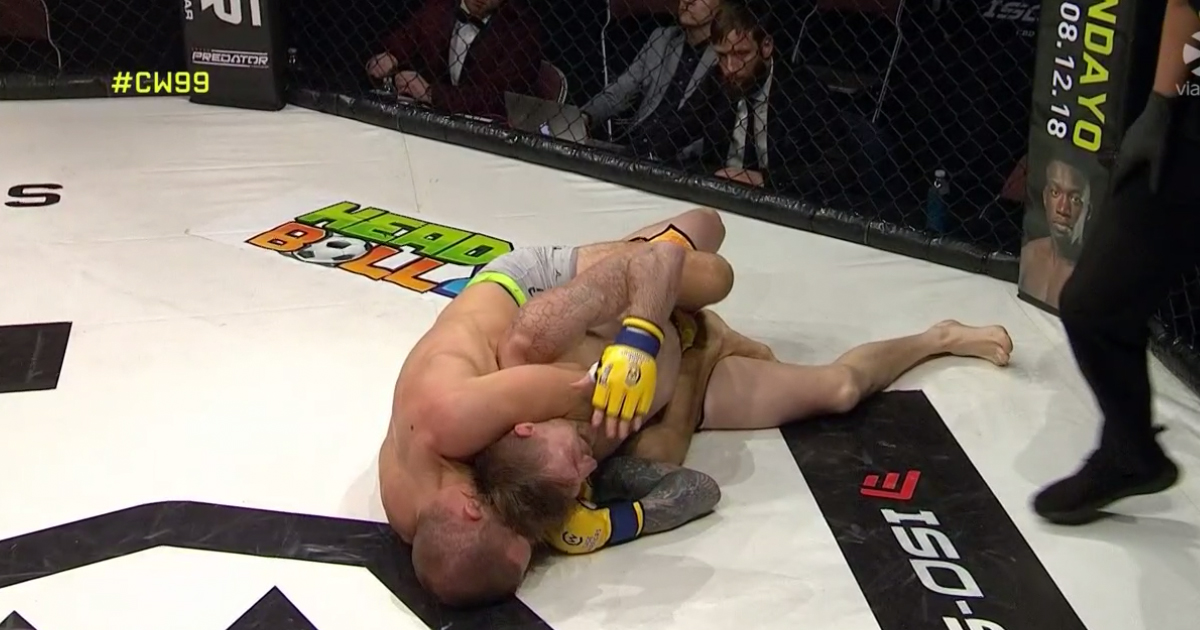 Rajewski was dangerous and had power in his hands as he dropped Burnell briefly to start the fight, but the Dane quickly recovered and eventually finished a double-leg takedown.  Once on top it was all over.  The UFC vet passed guard, moved to mount, then took back.  The rear-naked choke was put in at the 3 minute and 23 second mark.  “If I get a hold of your head, you better pray” said the dane about the finish.  He also reflected on being “woken up” by the power shot early from the Polish striker. 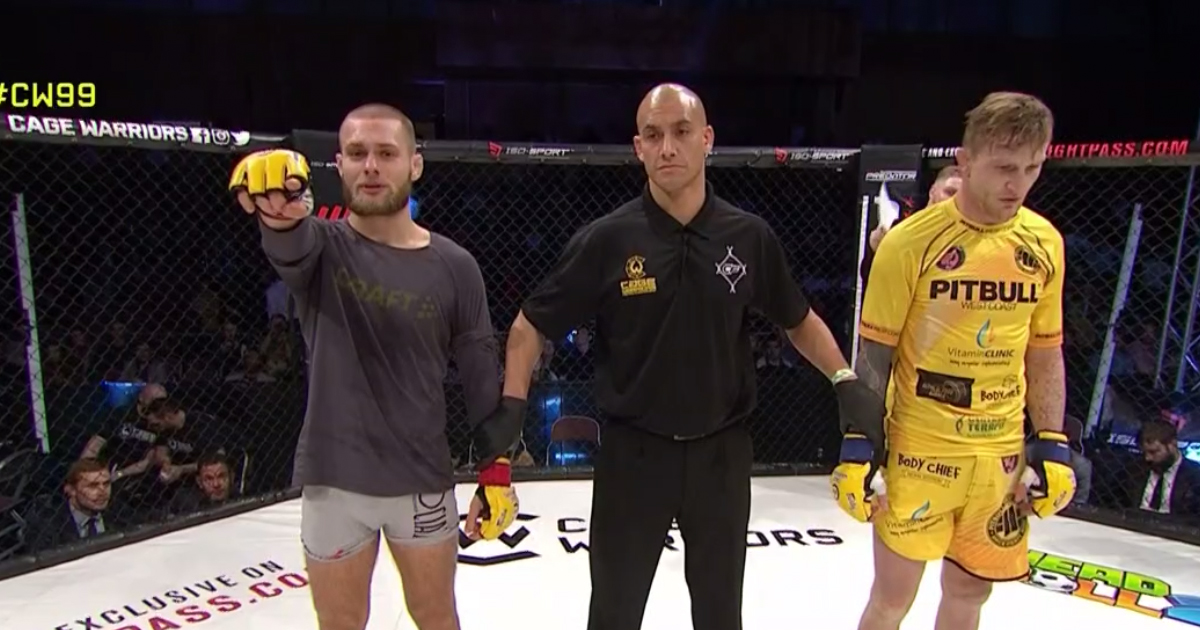 Burnell hopes to be featured on the Cage Warriors event coming to Denmark in March and move forward toward a Cage Warriors title shot.

UFC vet Mads Burnell weathers the early storm from Rajewski to win via 1st round RNC ?