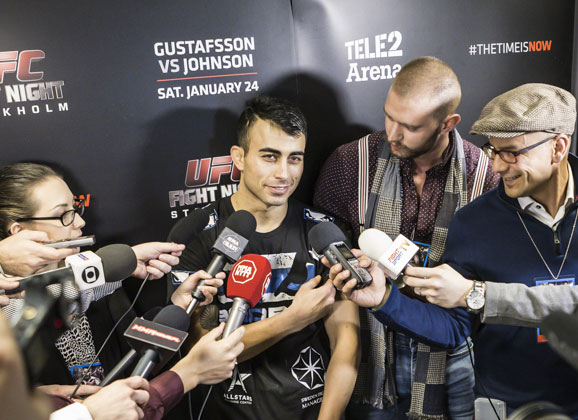 Makwan Amirkhani said he was going to buy a nice bed for his mother after winning in his UFC debut and winning a $50,000 performance of the night.  The story about the 8 second victory in Stockholm and the touching story about his mother sleeping on a mat in the living room spread throughout Finland and beyond.

“Everyone saw the knockout” says Tuukka Virkkilä, owner and bed maker of the small high-end bed manufacturer Unikea. “I was touched by the story” says Virkkilä to MMAViking.com, who reached out to the latest Finnish media star.

“Many bed making firms contacted Makwan about a bed, but he was impressed by us.” says the local craftman who is also from Vaasa. “We use Finnish wood, and make everything by hand.” says Virkkilä about another reason why Makwan liked the idea of getting the bed donated from the small Finnish company.  “I will start making the bed Friday, and it will be delivered by the end of the month.”

“We customize the bed. There will be a carving that says UFC Stockholm with the date.” says Virkkilä about the Captain Bed.