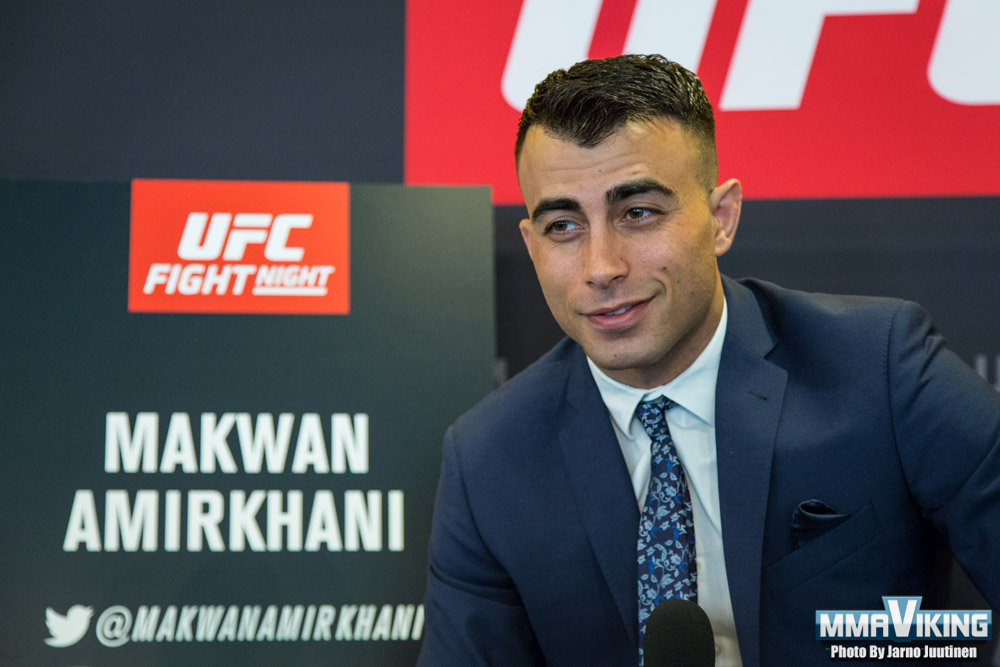 Makwan Amirkhani (14-3) kicked off his UFC career with an eight-second knockout of Andy Ogle, which is one of the fastest knockouts in UFC history in Stockholm, Sweden. “Mr. Finland” would welcome an opportunity to return to the location of his debut, where he became an instant star, when the Octagon is back on June 1.

“I would love to fight at the UFC Sweden” says the featherweight to MMA Viking. “I am ready” says Makwan that has not been in action since winning at UFC Fight Night Liverpool back in May.

It was in January of 2015 that the Finn shocked the 30,000 fans with his UFC debut. The wrestler has won 4 of his 5 UFC bouts, only losing a split decision to Arnold Allen in March of of 2017. He has spent much of his time since his last bout improving his standup and conditioning, and has even participated in amateur boxing bouts.

Swede Alexander Gustafsson will face Anthony Smith in the headliner of UFC in Sweden at Ericsson Globe in Stockholm on June 1st. This is the only matchup that has been announced.