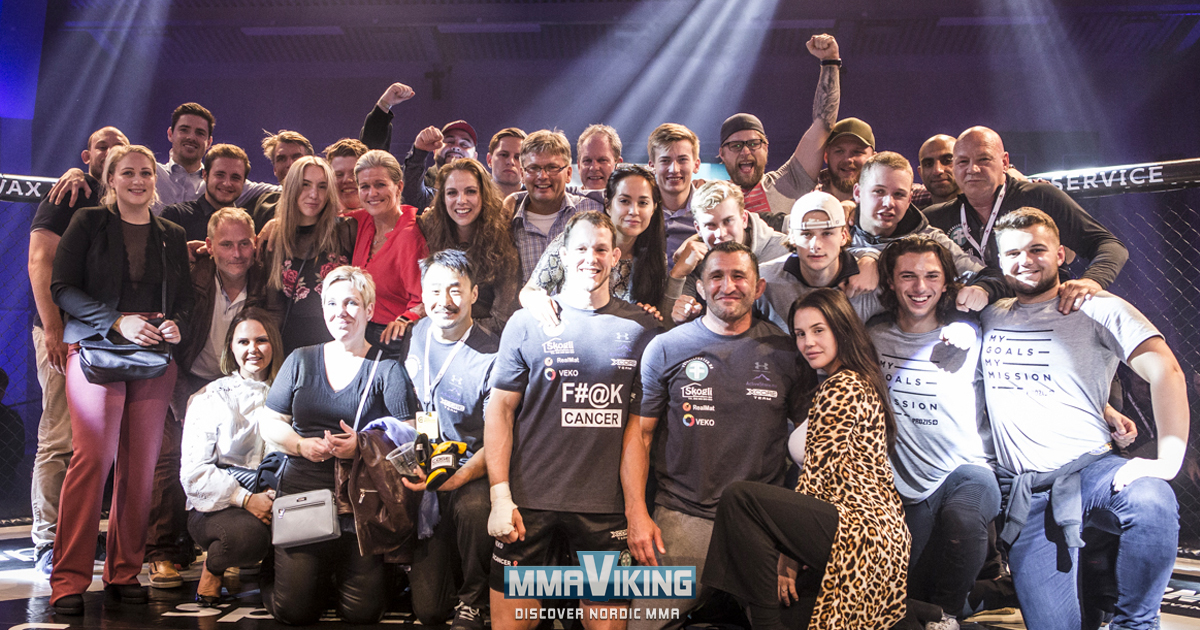 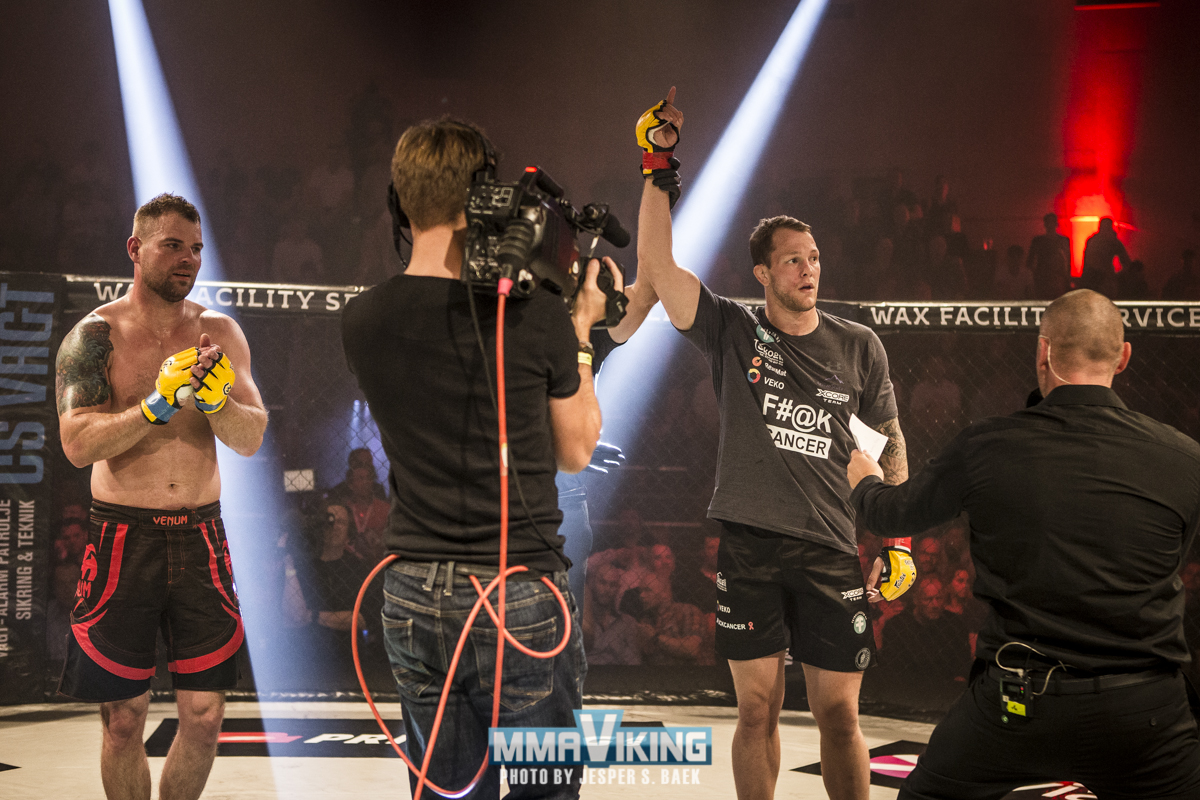 The celebration was not an enthusiastic UFC callout, but a time to reflect on the recent news that his mother has been diagnosed with leukemia. Wearing a F#@k Cancer t-shirt, the fighter asked for well wishes for her and all those that are battling cancer.  The full crowd gave applause to the fighter that obviously has his mind on more important issues. “I need to finish this guy, simple as that” said the Frontline Academy fighter, and he did just that.

He has now won all four of his bouts by stoppage. The Norwegian stopped German Koray Cengiz (4-3) at Superior Challenge 17 in his last outing in May by ground and pound 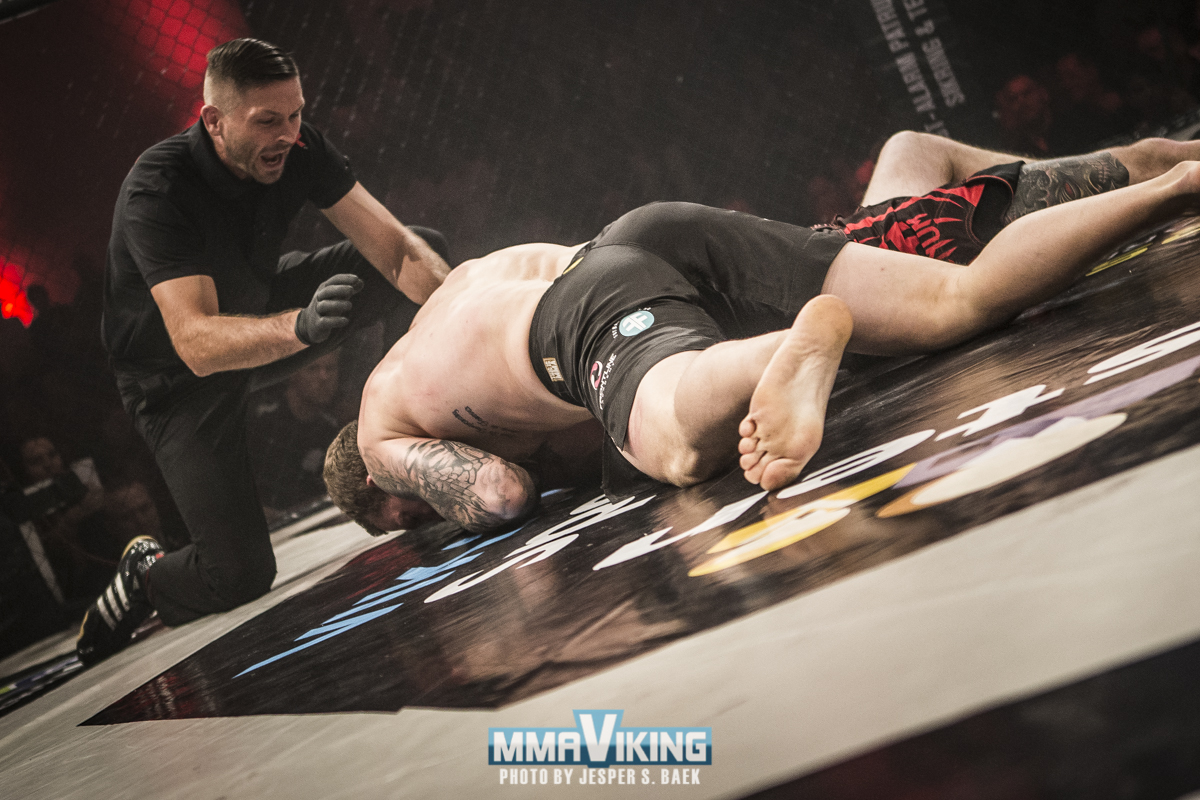 “The second fight with CWA Denmark will happen later this year so that fits good in my plan.” said the fighter prior to the bout and has already targeted a call-up to the UFC’s Octagon.