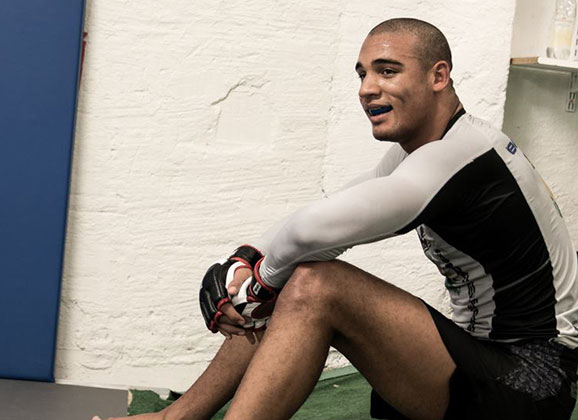 The Stockholm native Max Nunes will have his first fight in Sweden this Saturday at Superior Challenge 11. The 13 win and 2 loss fighter is one of the biggest prospects on the Nordic scene. “It feels amazing to fight where I grew up” says the Allstars Training Center fighter about his first local fight after a career mostly fought int he UK.

“It’s not that hard” says the huge middleweight about making weight to MMAViking.com that is often a sparring partner to light heavyweights Alexander Gustafsson and Ilir Latifi. “Just onwards and upwards” says Nunes about his outlook after his most recent loss and moving on to face the experienced Frenchman Patrick Vallee (10-7-1). See the full interview here.