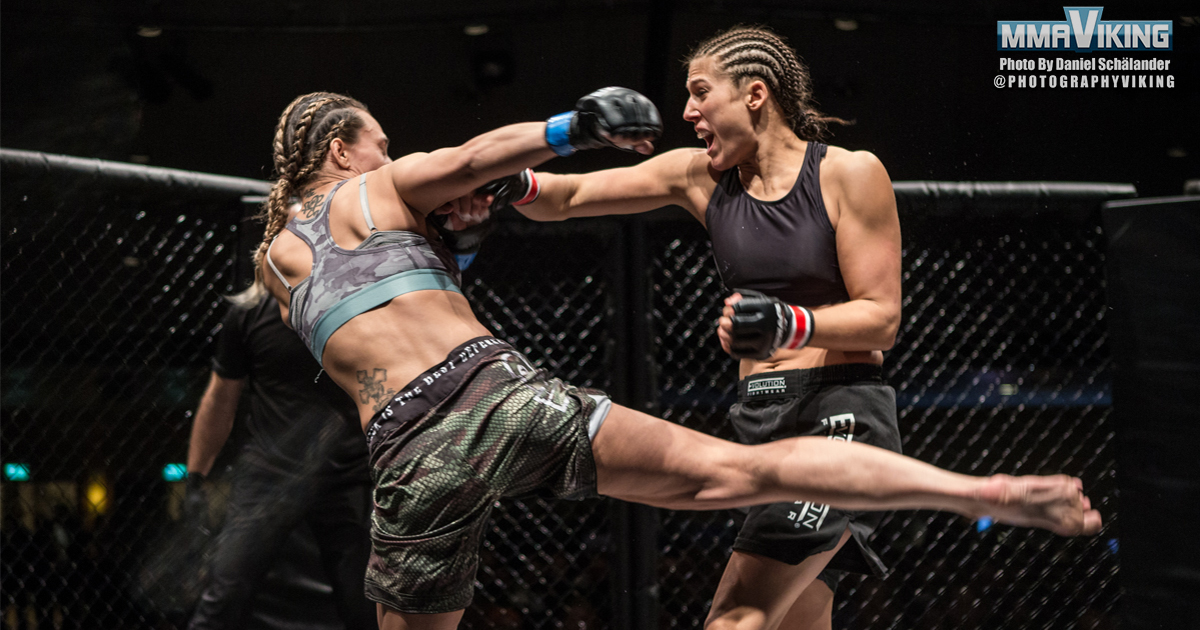 Nerike MMA Series had their innogural event this past saturday at Conventum in Örebro. Headlining was hometown hero Malin Hermansson who took on SBG Irelands Antonela Orlic in a technical striking showdown that ended in a split decision in favour of the Swede. Nabbe Malki also had his long awaited grudge showdown with Örebro’s Addis Saljevic. In the end it was Malki who was the better fighter and took home the decision. Bartosz Wojcikiewicz had a short night as he ran through seasoned Carlos Eduardo De Azevedo in an impressive performance ending with a TKO in the first round. National team athlete Elvin Hoxha also took on a home town fighter in Karl Pegers in a high profile A-class bout that ended with a decision win for Hoxha. Another national team athlete also made an appearance as Christian “Lången” Stigenberg added another victory to his record after a somewhat controversial stoppage in the last second of the first round against Oliver Axelsson. See the complete results here. MMAViking’s Daniel Schälander (@PhotographyViking on instagram) was cageside during the main card to capture the action up close. Check out the photos below.