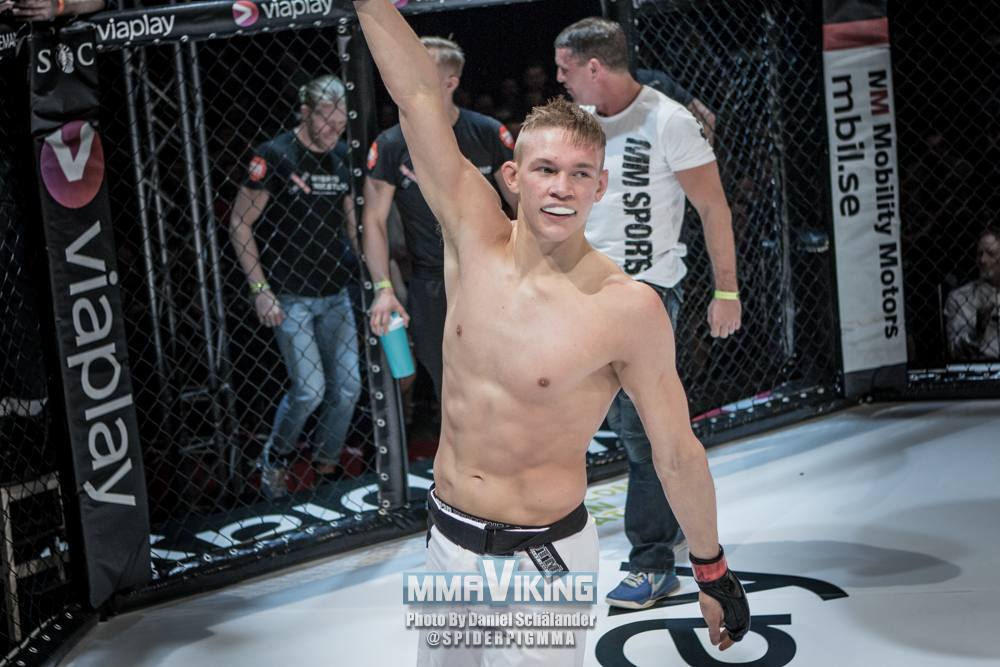 Oliver Enkamp (7-0) is the latest fighter to be signed to the UFC, and the Swede wastes no time in heading to the Octagon.  Enkamp makes his debut in 12 days at the UFC in Stockholm on May 28.

“The Future” beat Frodi Hansen (8-9) in the first round at Superior Challenge 15 in Stockholm in April, so a quick turnaround bout.

Enkamp will step in for the injured Emil Weber Meek, to face Nordine Taleb. Taleb trains out of Tristar gym in Canada. The 35 year old has a 4 win and 2 loss record in the Octagon and started off with three straight wins in the UFC. Most recently he lost by unanimous decision to Santiago Ponzinibbio in February.