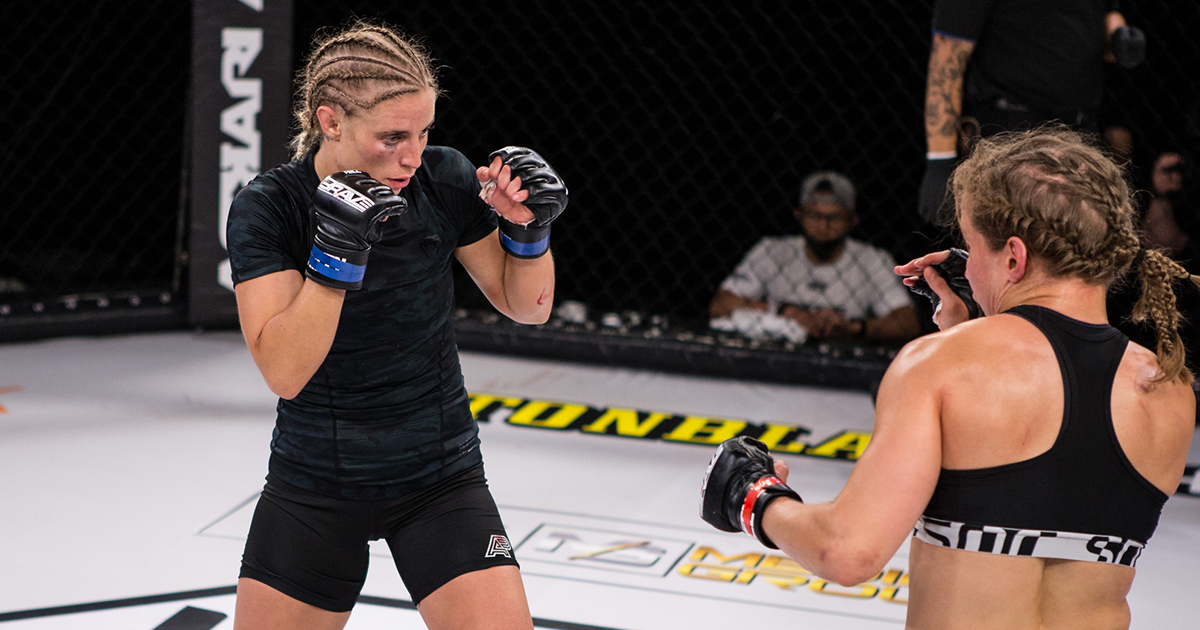 Sweden’s Bianca Antman (1-0) made her debut as a pro against Finland’s Veera Nykänen (2-3) in Stockholm, Sweden at BRAVE CF 37 in association with Bulldog Fight Night. After two rounds of closely contested action, Antman knocked out Nykanen with a headkick and finished it off with punches in the third. Linda Wering, MMAViking’s photographer (@photobywering on Instagram) was cageside taking photos for the BRAVE CF promotion.  Check out photos here. 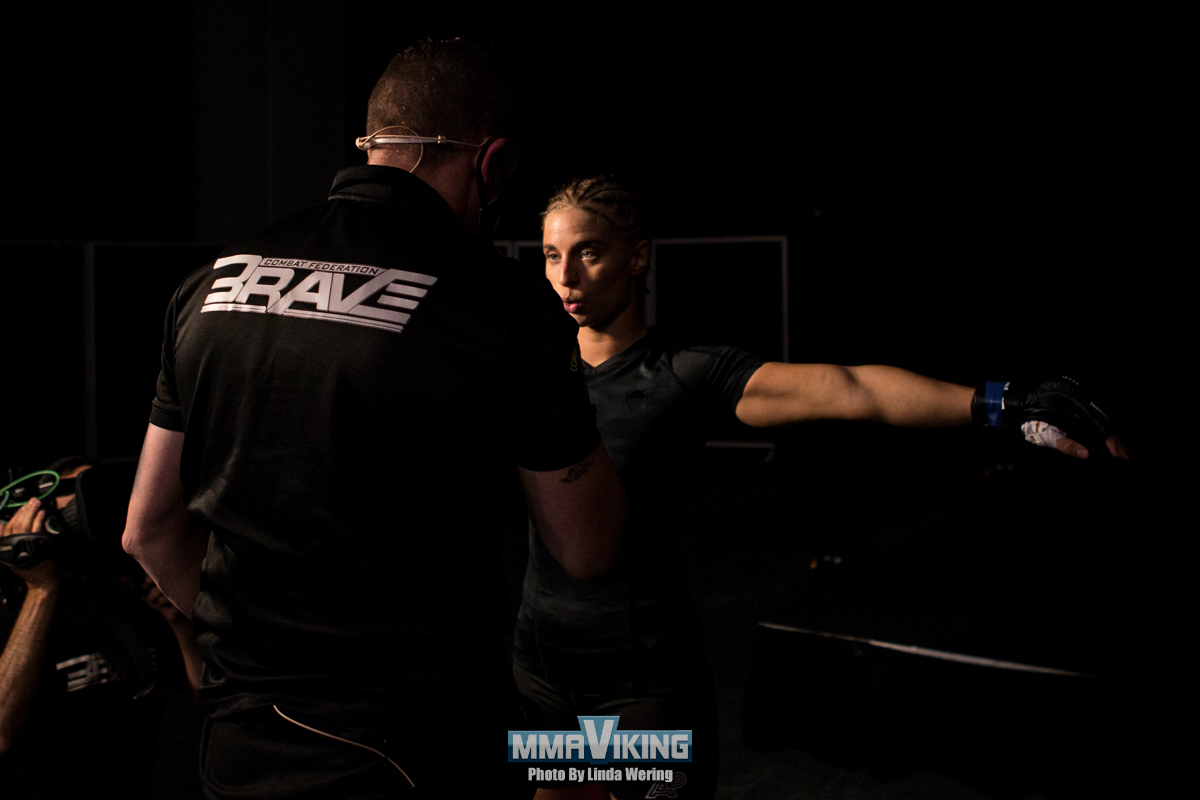 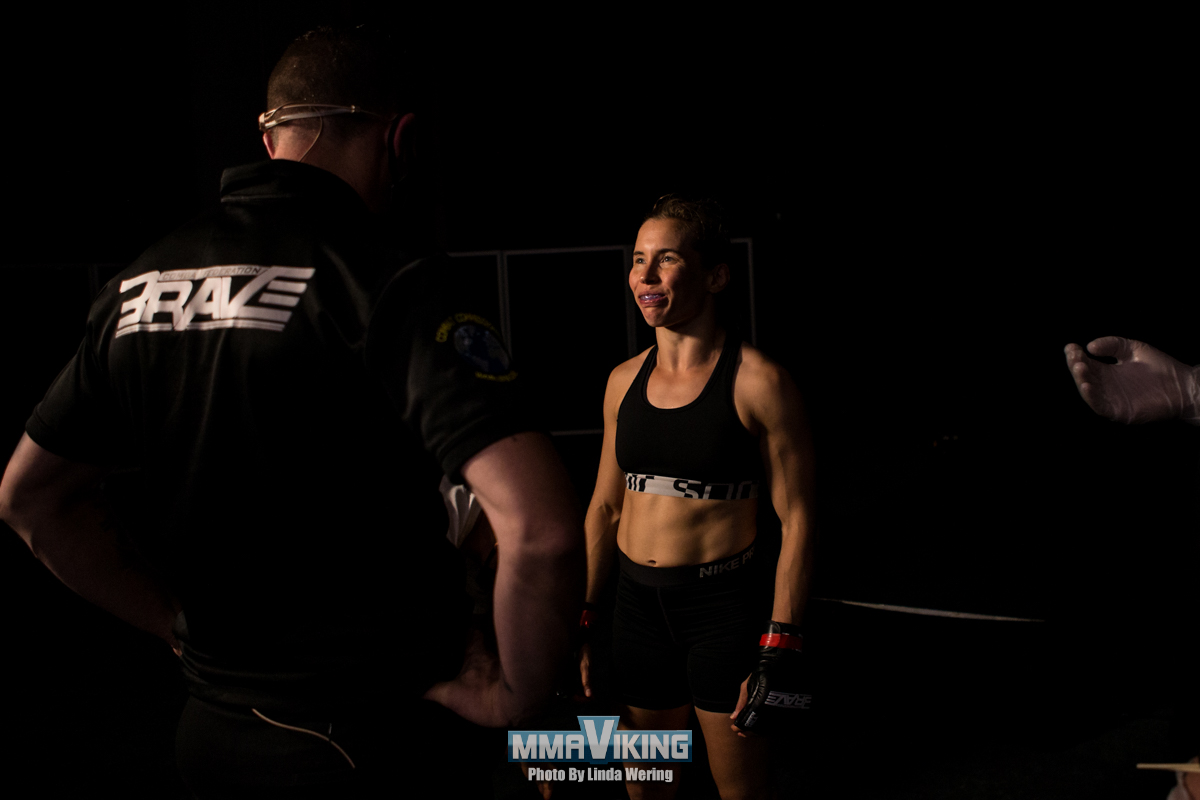 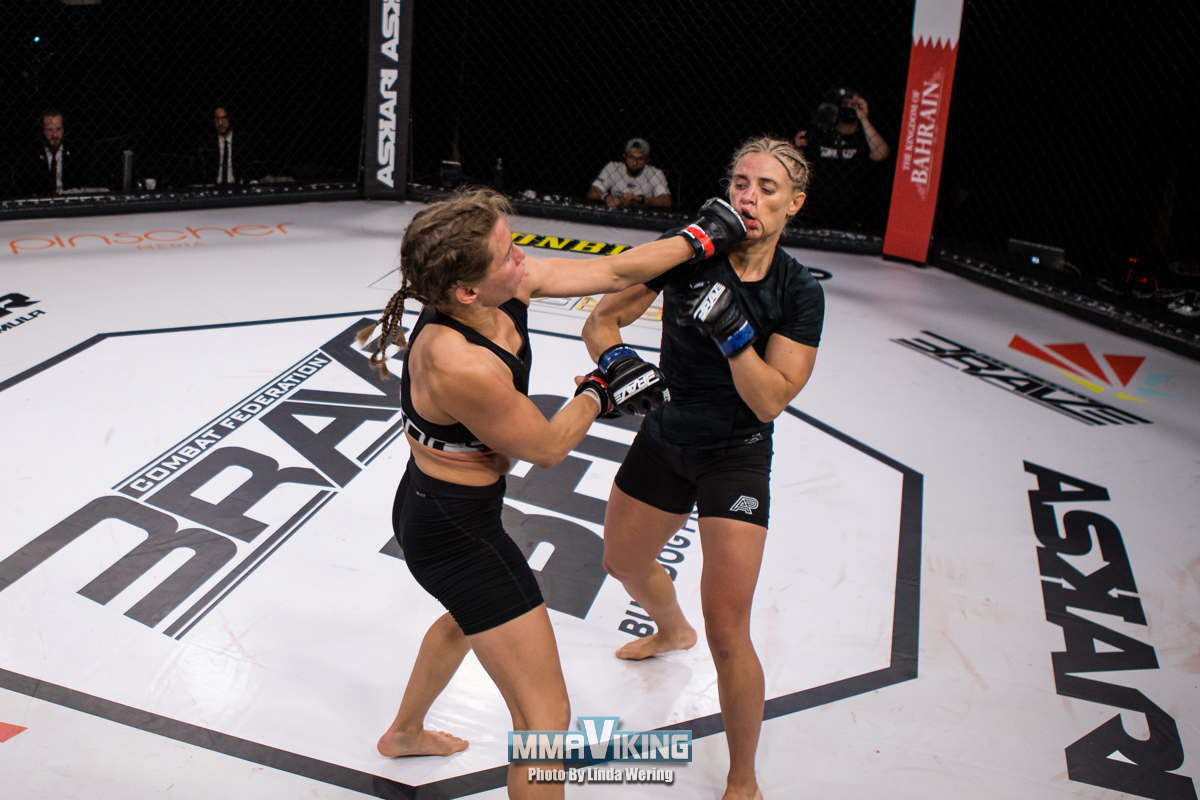 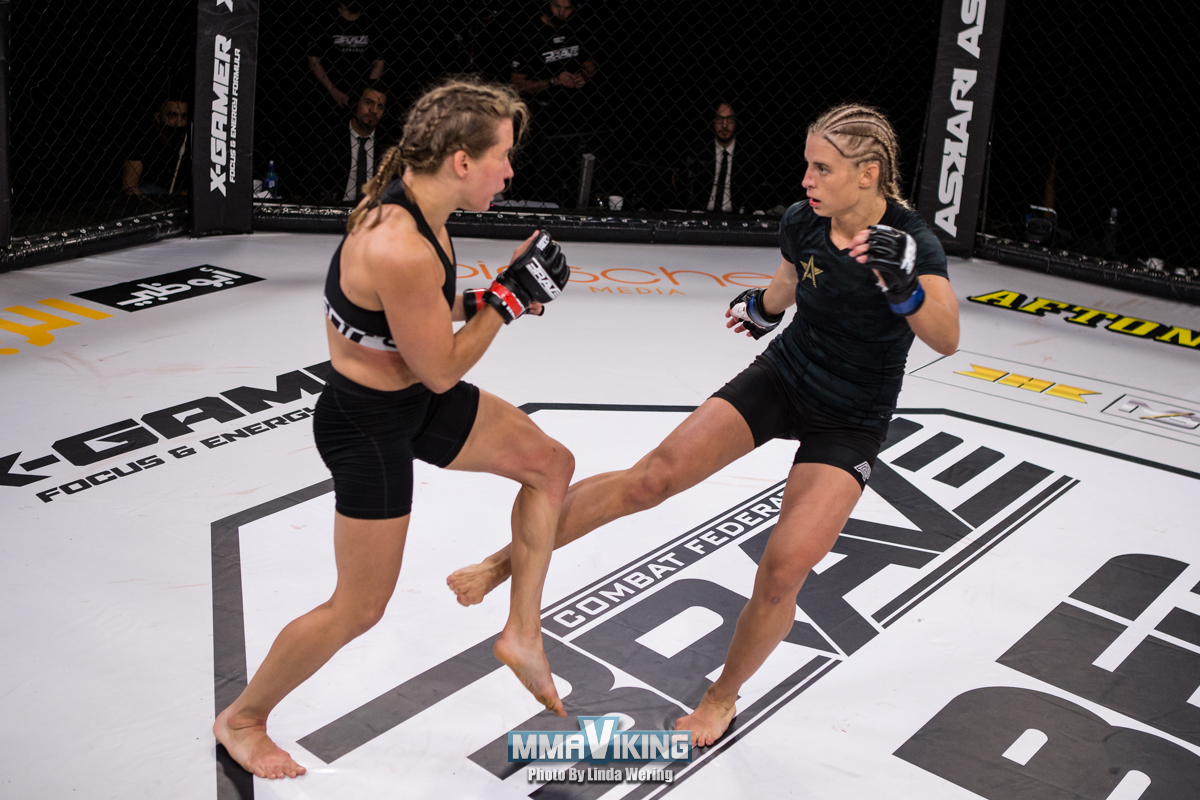 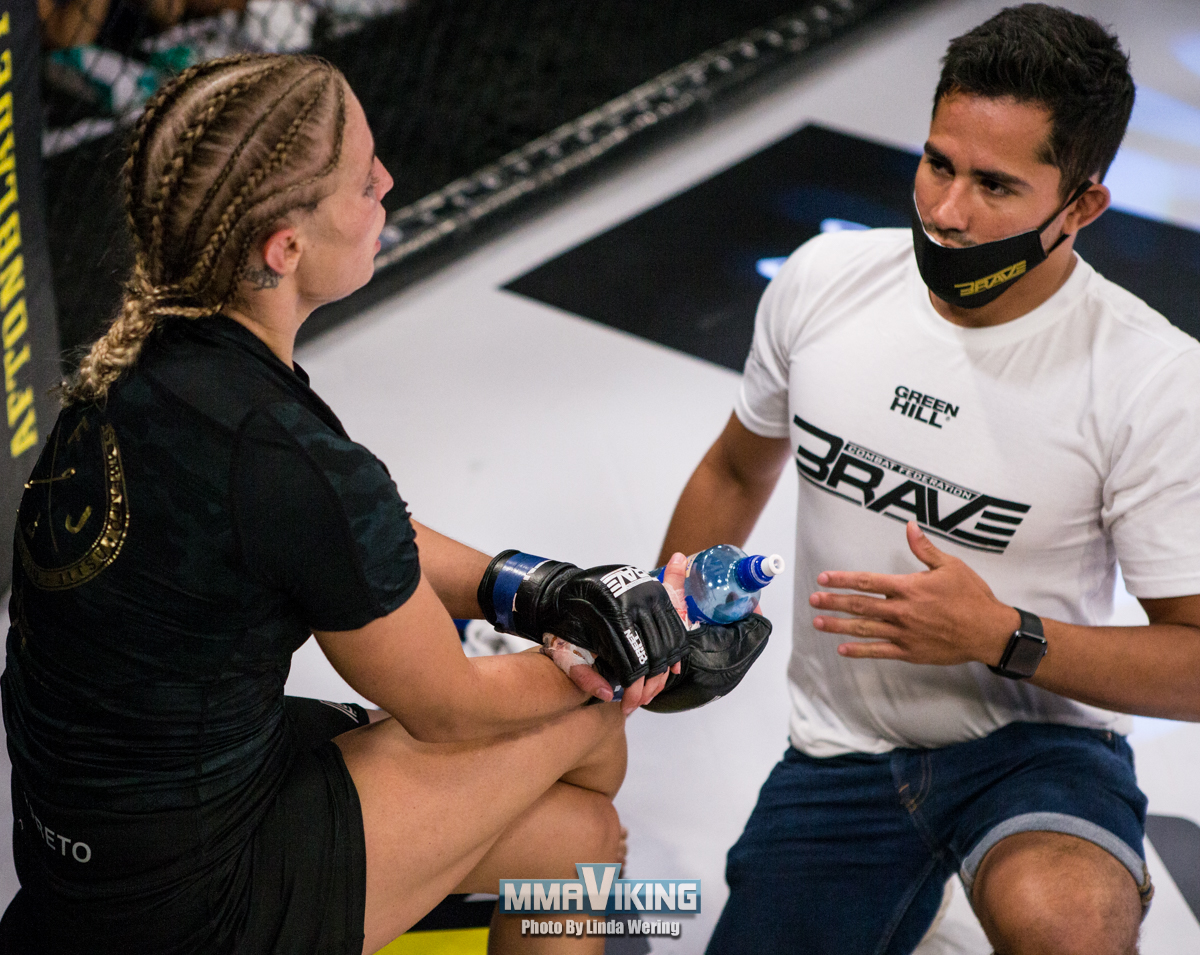 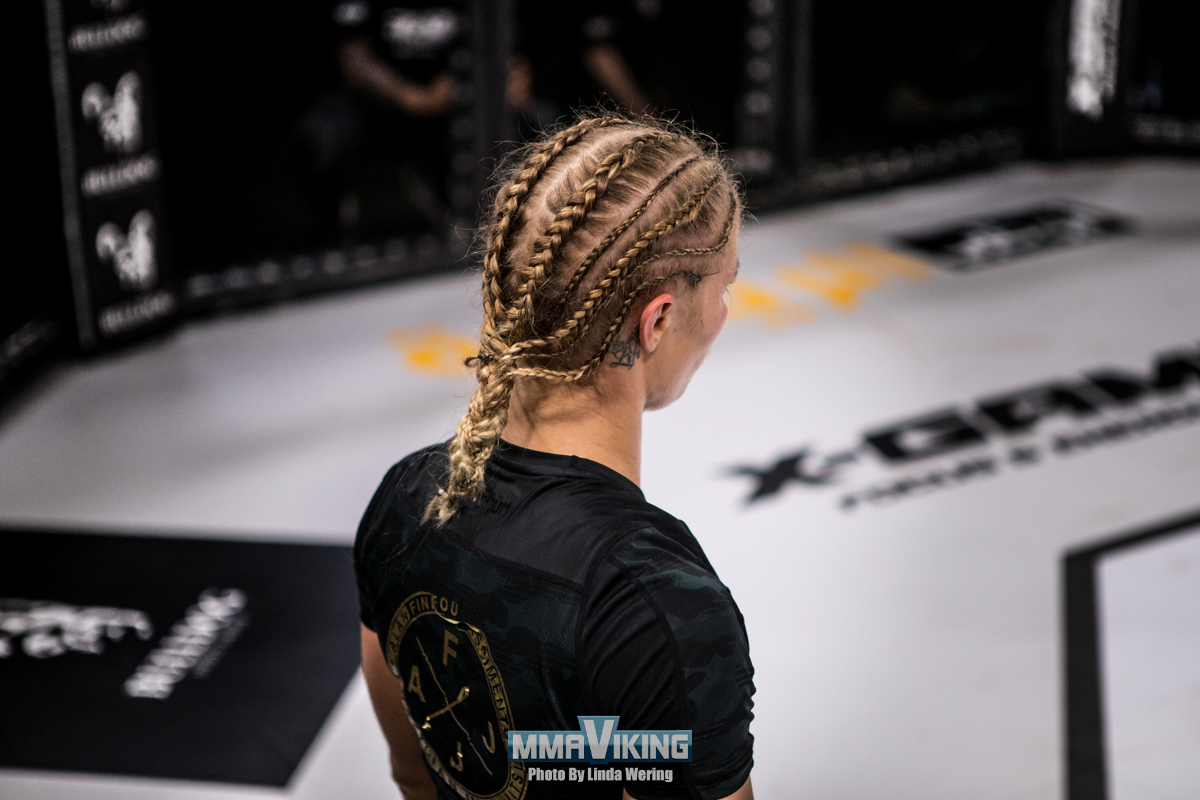 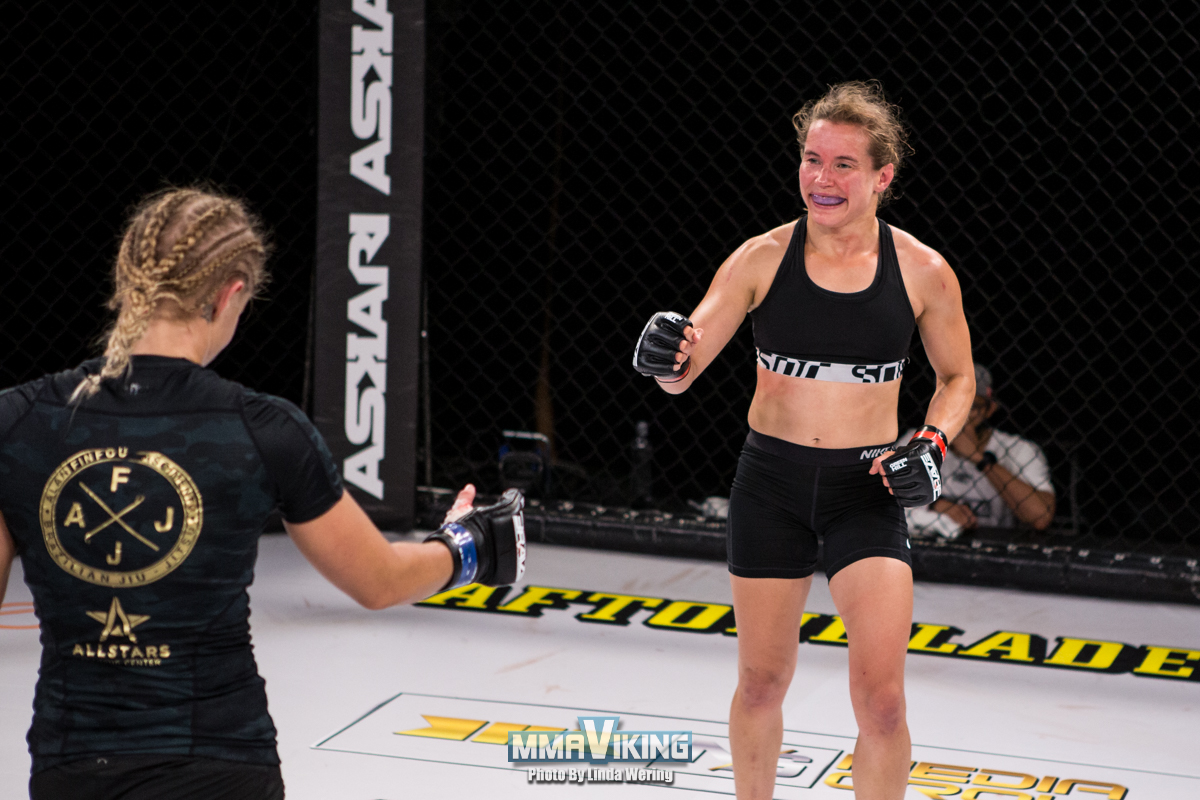 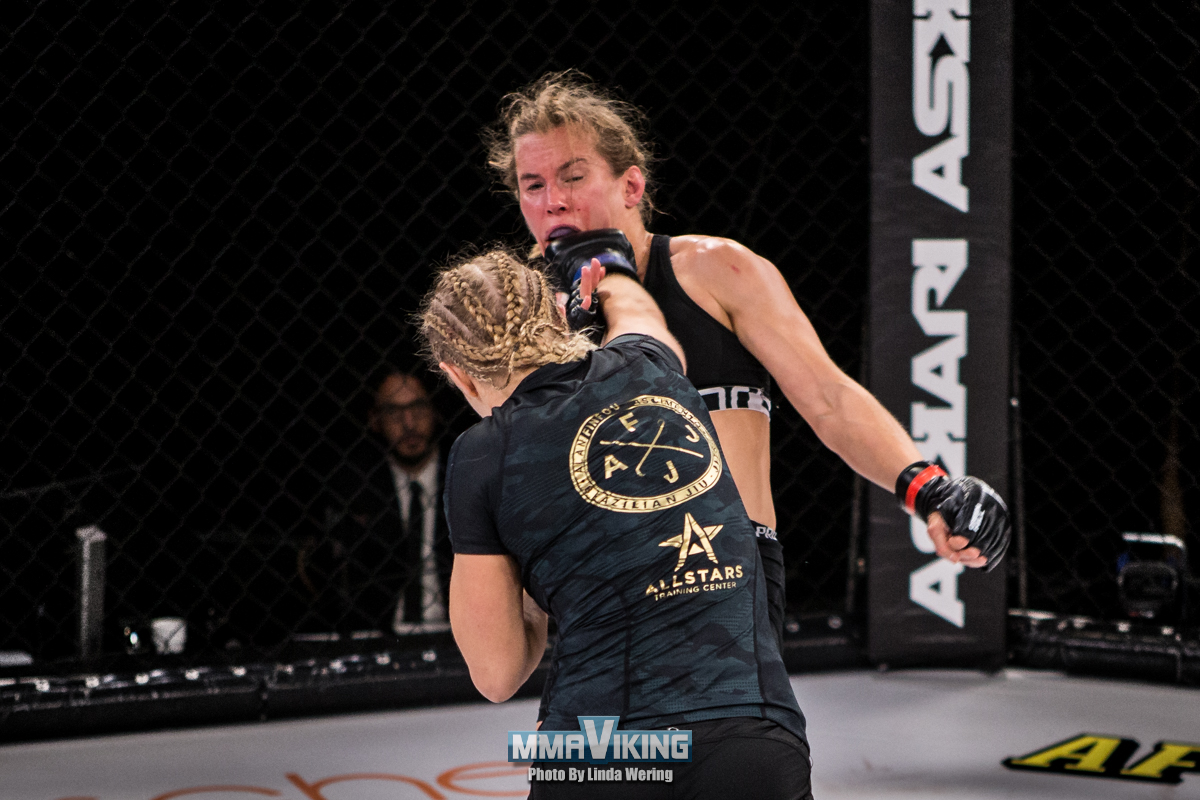 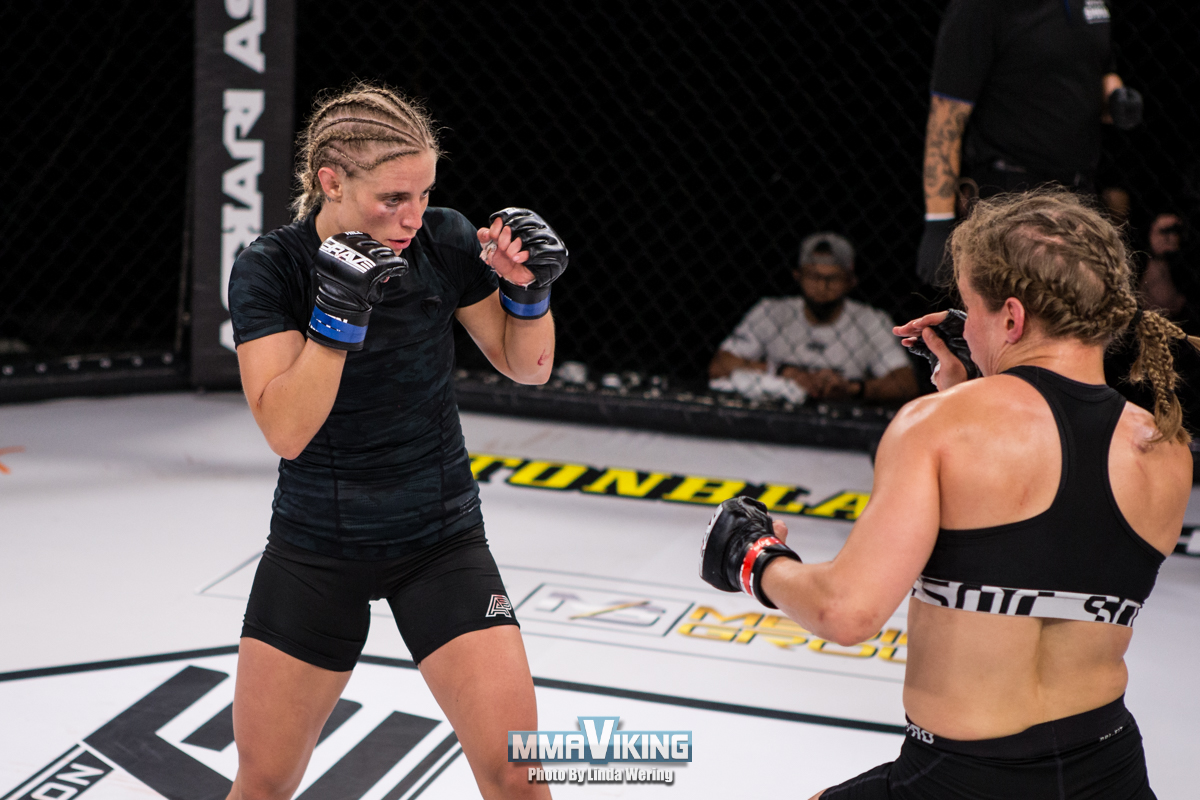 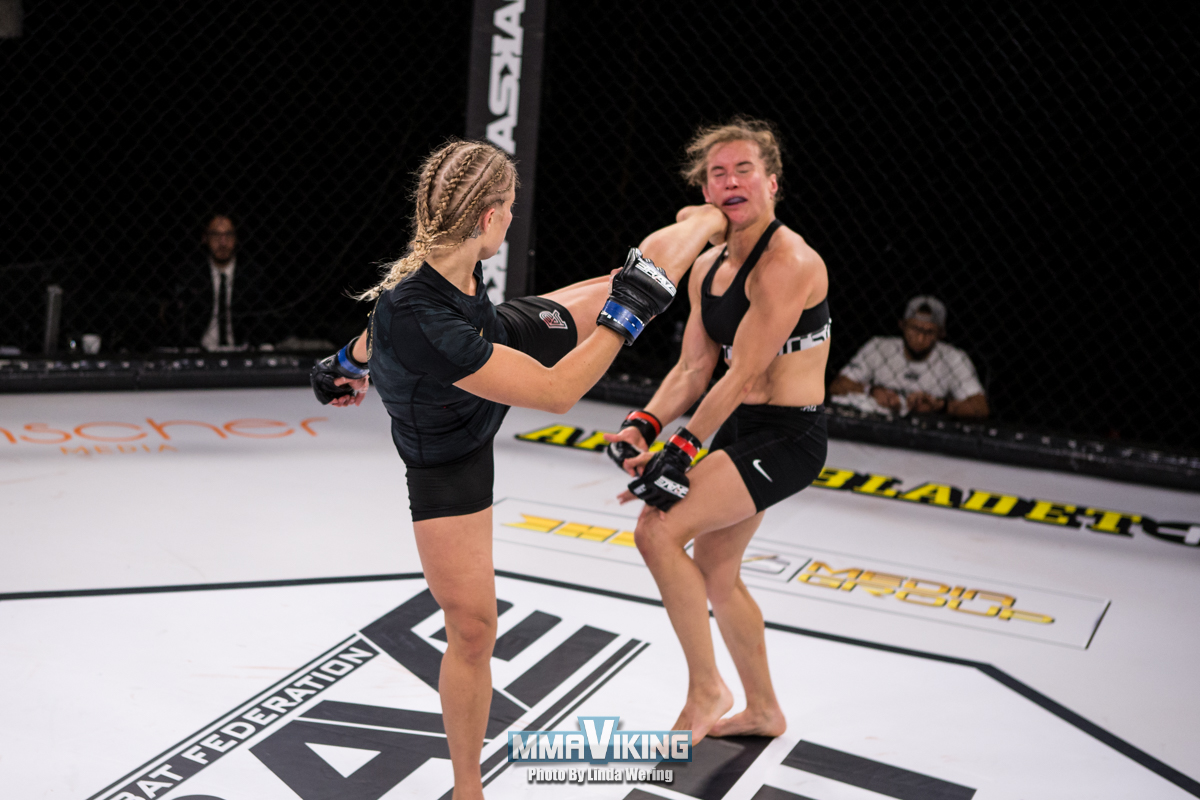 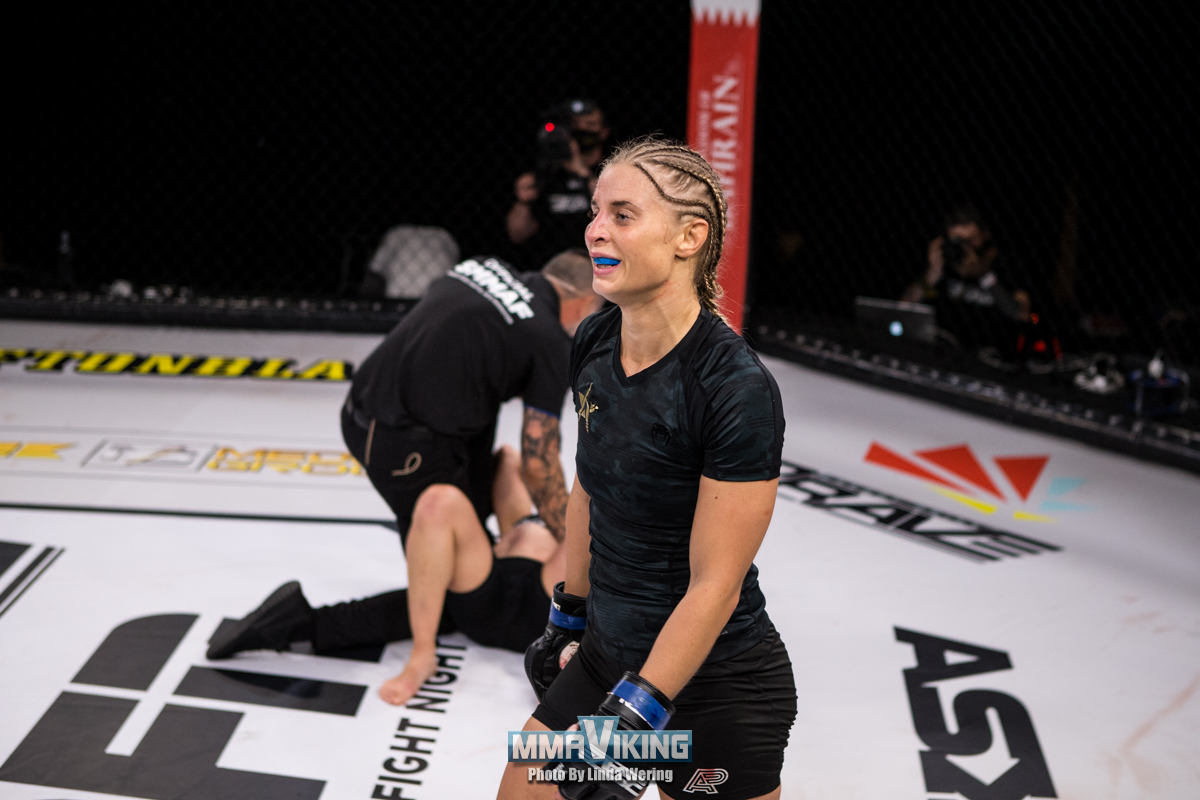 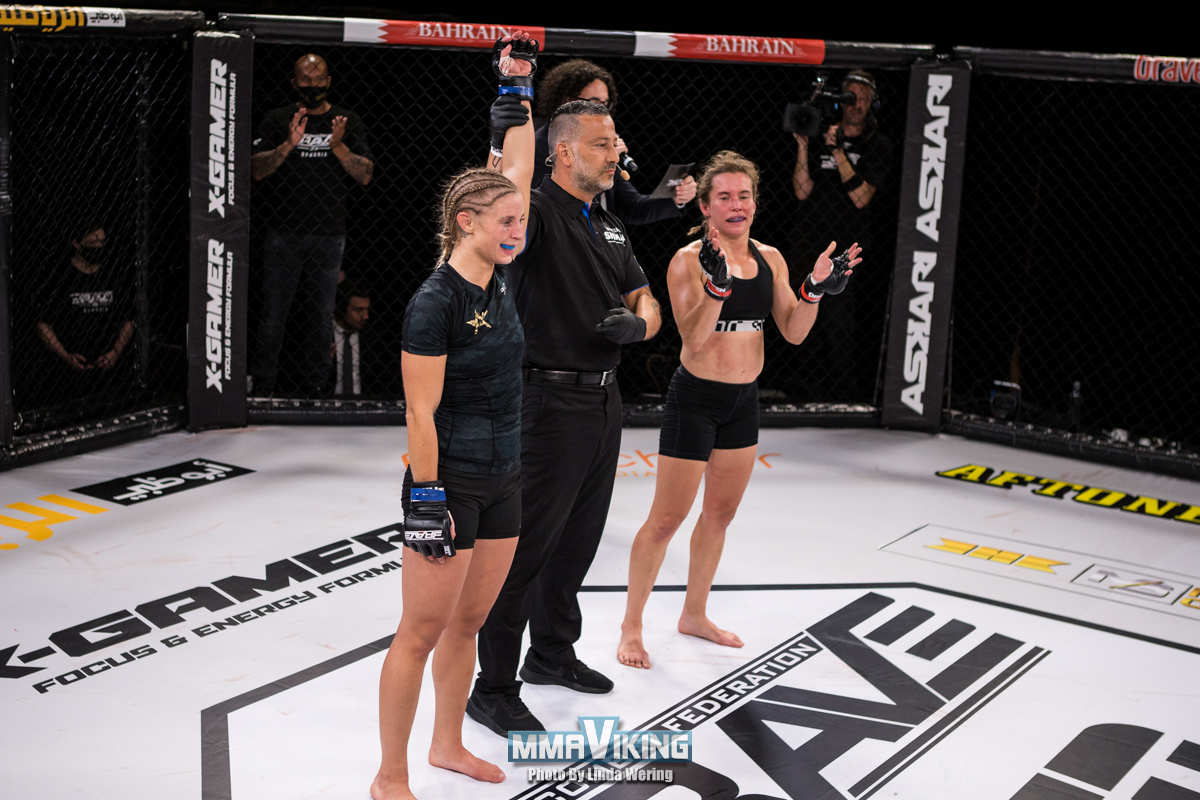 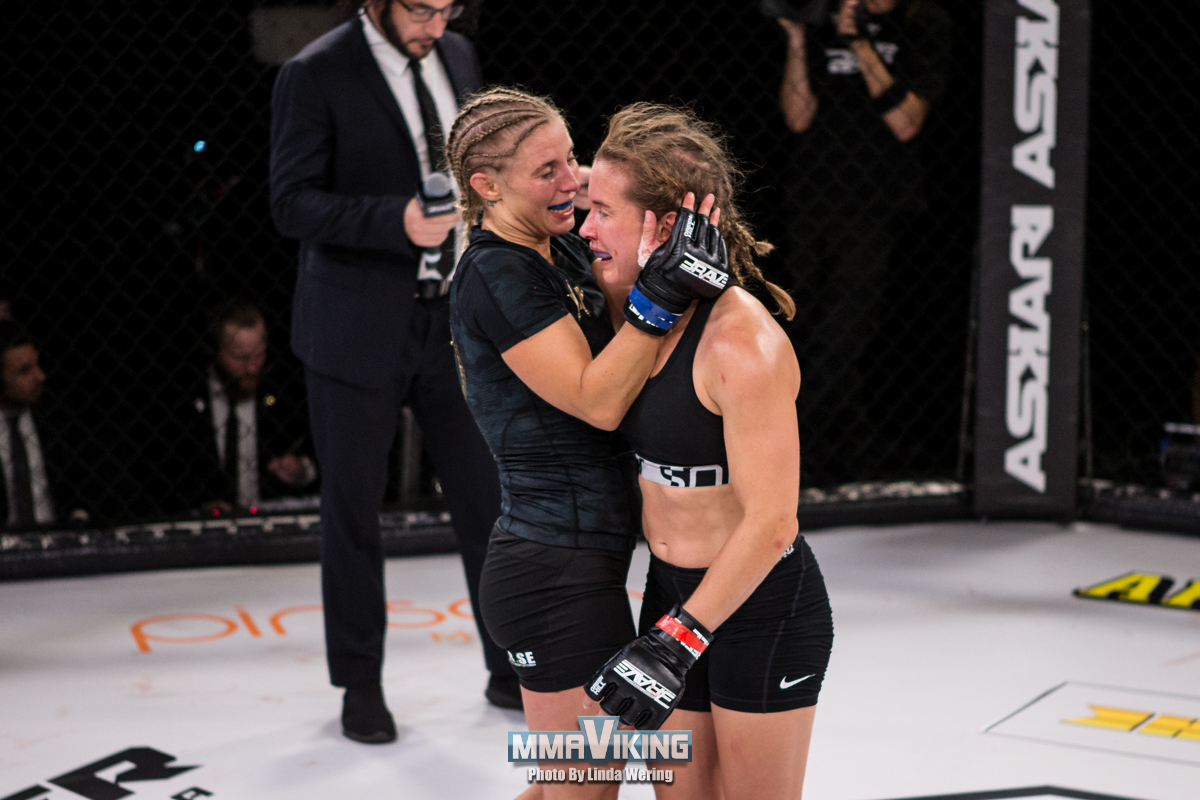