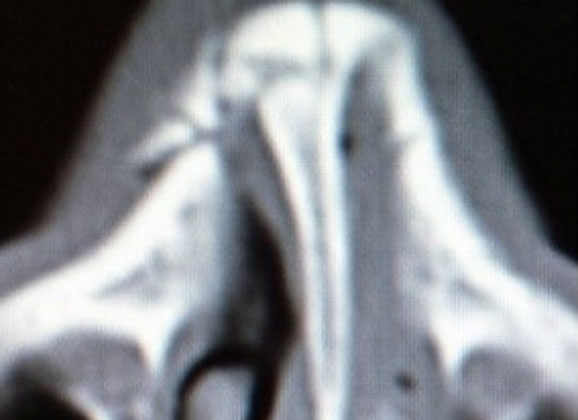 There is no doubt that Akira Corassani was hurt on Saturday night due to an illegal knee from opponent Maximo Blanco. The Swede now posts the damage for the fight that left him unable to fight, giving him the win in the Octagon. Corassani shared the following x-ray of the nose break that is broken in five places and the concussion.

Broke my nose in 5 places which was not as bad as the concussion from the knee. The dizziness got worse gradually and I was rocked as hell. Truthfully I dont remember much but this was not the way I wanted to win, I was more than ready for this fight and due to a stupid move the fight was ruined. Thanks for all your support and I’ll be back soon!

Corassani also discussed the injury during a post fight interview.